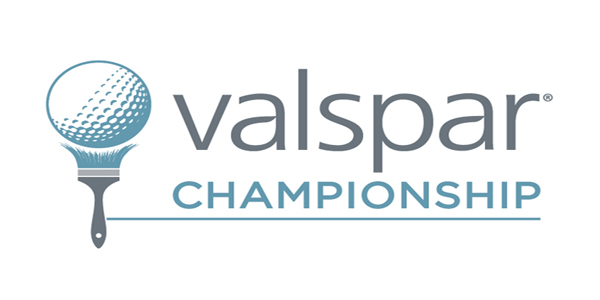 We’re back to a normal golf tournament this week with the Valspar Championship at Innisbrook Golf Course. The Copperhead Course in Palm Harbor is the track that the players will try to tame this week in search of a piece of the nice $6.9 million purse.

Last week’s team event for the Zurich Classic is one of the weirdest handicaps of the year, so it is nice to return to a regular stroke play event where the best man will win and the others will hope to make the cut for some prize money and FedEx Cup points.

Paul Casey was denied the opportunity at a third straight win in as many years due to COVID-19, but he’ll have a chance at the triple here as one of the shorter prices in a solid field.

Odds come from MyBookie Sportsbook as we break down the betting board for the Valspar Championship. We’ll have the whole list at the bottom of the article, but cite odds for players as we go.

Justin Thomas is the +800 favorite with Dustin Johnson at +1000. JT doesn’t often play this event, so his entry is a bit of a surprise. DJ hadn’t teed it up at Innisbrook since 2010 prior to his T-6th in 2019. His 5-under was three shots back of the winner in Casey.

Patrick Reed is +1600 after shooting an ugly 152 here back in 2019. Prior to that, Reed had runner-up finishes in 2018 and 2015, hence the really short price on him this week. Corey Conners is +2000, with Viktor Hovland and two-time reigning champ Paul Casey at +2200. Louis Oosthuizen was great last week at the Zurich Classic and is priced at +2500, right in front of Sungjae Im, Abraham Ancer, and Scottie Scheffler at +2800.

This event is not technically part of the Florida swing, but a lot of players live in Florida and tee it up here. It also seems like a pretty good starting point to get going again after taking a couple weeks following The Masters. Casey has those two wins, but names like Jordan Spieth, Gary Woodland, Luke Donald, and Jim Furyk have wins here since 2010. Guys like Jason Kokrak, Reed, and Patrick Cantlay have finished second.

We’ve also had winners like Adam Hadwin and John Senden. More often than not, we’re looking at a player of quality to win this tournament. The feels is not like what we’d see for a major or a high-profile event, but good enough that we don’t want to look that far down the board.

The Copperhead Course is a par 71 checking in at over 7,300 yards. A big reason why most of the winners have been household names or guys with a lot of game is that this is a really balanced golf course. Some of the greens are challenging, but a lot of course management skills come into play here. Players need to hit their target areas off of the tee to set up second shots. Greens are well-protected by bunkers around most of the course, which is why accuracy off of the tee is critical.

The course profiles a lot like Muirfield Village, the site of the Memorial Tournament, according to DataGolf. There is an emphasis on driving accuracy and strokes gained approach, but less emphasis on driving distance and putting than a regular event. Certainly you still need to putt well enough not to hurt yourself, but you want to get GIRs and keep in mind that two-putts are fine.

Our course form section looks for Snake Charmers of the Copperhead Course this week. That starts with Casey and his two wins, but he isn’t the only one to have success here. Reed has those two runner-up finishes and another top-10 from 2016 when he finished seventh.

Because a lot of the guys that have past success here are not in great form, we need to look at the players that are swinging it well. Looking alphabetically in individual stroke play events only, we start with Abraham Ancer, who has four straight top-30 finishes, with three in the top-25. He still needs to break through and get a high finish, especially with that 28/1 price tag, but he warranted a mention.

Keegan Bradley didn’t qualify for The Masters or play the RBC Heritage, but had three straight top-30 finishes going in. He’s also eighth in SG: Approach this season around names like Matt Wallace and Marc Leishman, who was just one of the winners at the Zurich. Maybe Bradley isn’t a pick to win, but is still worthy of a mention at +7500. Keep top-10 and top-20 props in mind.

This just might be the week for Corey Conners, who has three top-10 finishes in his last five events, including a fourth at the RBC Heritage. He’s 11th in SG: Approach and has actually been respectable with the putter this season. The +2000 price isn’t great, but he’s as sharp as anybody coming into this one.

Past winner Adam Hadwin was eighth at the Honda Classic. Brandon Hagy was quietly second there and 17th the next week in Texas before missing the cut at the RBC. Sungjae Im missed the cut at The Masters, but has three top-20 finishes otherwise in his last four starts. He was fourth here two years ago.

Chris Kirk has three straight top-25 finishes at +5500. Justin Thomas hasn’t played much, but when he has, he’s had a win in the PLAYERS Championship and a T-21 at The Masters.

Conners is going to make the cut here at +2000. It’s a short price, but in a field a little low on top-end talent, his all-around game is so strong that he should be on the first page of the leaderboard on Sunday. Conners is also 10th in driving accuracy with his distance. That’s a huge skill to have at this event.

The +4000 number on Jason Kokrak is pretty good as well. Kokrak has the three top-10 finishes here and has been in really solid form this season. He hits it a long way, but does so pretty accurately. To be top 30 in driving distance, but also top 80 in accuracy and top 25 in GIR% makes for a good skill set for a course like this. Kokrak has also been a top-25 putter this season.

For a long shot, I can’t get Ryan Moore out of my head. He has not played frequently, but ranks second in driving accuracy and has four top-20 finishes and two top-five finishes here in his career. It’s not like he played bad with a couple of 72s last time here. He missed the cut by a shot. He’s +15000, so I’m not really expecting miracles, but there’s enough value to throw a pizza bet on him here.

The Valspar Championship can be seen on Golf Channel and NBC.

BETTING ODDS FOR THE 2021 VALSPAR CHAMPIONSHIP