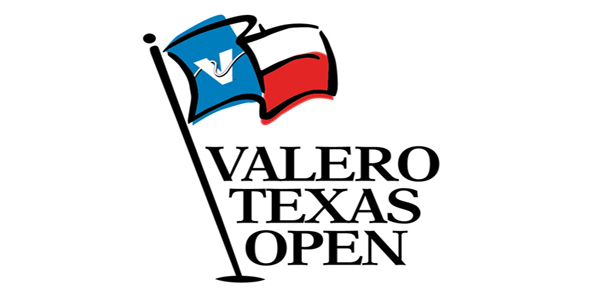 The Valero Texas Open at TPC San Antonio is the last chance for players to smooth out any of the rough edges before The Masters at Augusta National. We actually have a pretty weak field on hand overall for this week’s tournament, as a lot of players must feel comfortable about their current form heading into the first major of the calendar year.

Rather than focus on who is not there, we’ll focus on who is there as we handicap the 2021 Valero Texas Open with odds from BetAnySports.eu. All players are listed below the body of the article.

(Editor’s note: After posting, Dustin Johnson withdrew from the event.)

DJ is the +650 favorite, but the weakness of this field leaves us with only three additional players under 22/1 per the odds at BetAnySports. BAS lists Jordan Spieth as the second favorite with a price double that of Johnson at +1300. Scottie Scheffler, who was in the Final Four last week at the WGC-Dell Match Play, joins Tony Finau at +1600. Everybody else is +2200 or higher.

Guys like reigning champion Corey Conners and Abraham Ancer are +2500, with Brendan Steele and Ryan Palmer at +2800, Charley Hoffman at +3000, Cameron Tringle and Chris Kirk at +3300 and +3500, respectively. This is simply not a high-end field, but it is a full points event and represents the last chance for players to qualify for The Masters.

Conners was a Monday qualifier back in 2019 that went on to win the tournament. You don’t have a lot of big names on the winners list here. With its position just before The Masters or previously as an alternate event in the fall, players like Andrew Landry, Kevin Chappell, Charley Hoffman, Jimmy Walker, Steven Bowditch, Martin Laird, Ben Curtis, Brendan Steele, and Zach Johnson have won here over the last 10 tournaments.

There are several players in the field this week that need a win to meet the criteria required to tee off at Augusta. Rickie Fowler is one of them, along with Hoffman, Brandt Snedeker, Jim Furyk, Adam Hadwin, and Nick Taylor, just to name a few.

TPC San Antonio features the Oaks Course, a par 72 just shy of 7,500 yards. It is a Greg Norman design with some large green complexes. Several of the greens seem to be multi-tiered, so there are some valleys that you do not want to be in. Club selection will be important here with the large greens and all kinds of pin placement opportunities for tournament officials.

Putters and wedges are important on this course, along with strokes gained on approach, which is just a key part of the handicap every week. Per DataGolf, some similar courses to TPC San Antonio are Nine Bridges, where the CJ Cup has been played, TPC Summerlin for the Shriners Hospitals for Children Open, and even Monterey Peninsula, one of the courses used during the Pebble Beach Pro-Am most years.

Holes 17 and 18 are great birdie opportunities, so if we have some drama on the back nine coming to the clubhouse, par will be a bad score for those in the mix.

This is our Horse for Course section, which takes a look at players that have had strong results at a given course for a certain event. Conners is the most recent winner among several in the field. Conners did something in 2019 that nobody else did – shoot all four rounds in the 60s. His 20-under was the best winning score since Tommy Armour III shot 26-under in 2003.

Ryan Moore scored a top-five finish two years ago with an outright third-place finish. He has now finished in the top 20 in all four starts at TPC San Antonio. Another Ryan that has played well here is Palmer with four top-10 finishes. He did miss the cut here in 2019, but was sixth, fourth, and sixth from 2015-17.

Brendan Steele has a win and two other top-10 finishes. Kevin Streelman has back-to-back top-10 finishes here. Zach Johnson is back in the field with a couple of wins and various other top 10s.

We really don’t have a lot of guys in this field in top-notch current form. With some invitational events recently, a couple of WGC events, and just the overall strength of the field, finding guys that are in a nice groove is a bit of a challenge.

Leaving the WGC-Dell Match Play out of the equation, here are a few players alphabetically that have done well recently. Keegan Bradley has made three straight cuts with a top-10 at the Arnold Palmer Invitational and then a couple top-30 finishes at the PLAYERS and Honda Classic. Conners was top-10 at the API and the PLAYERS before skipping the Honda. Adam Hadwin was eighth at the Honda and inside the top 30 in both the Genesis Open and the PLAYERS.

Like I said, there really aren’t a lot of guys running all that great right now.

Throw some darts and look for some grenade prices this week. There simply aren’t a lot of must-bet guys this week. It is not an easy event to handicap.

Bradley is eighth in SG: Tee-to-Green and sixth in SG: Approach this year at +5000. He’s the best of anybody in the field in that stat not named Dustin Johnson. His putter has been terrible, but Corey Conners isn’t a good putter and he won here two years ago with his ball striking and a surprisingly good performance on the greens. Bradley is the shortest price I’ll be interested in.

Adam Hadwin is too good to be 60/1 in this field. Hadwin has been good with his wedges and ranks just outside the top 50 in putting. Doug Ghim is probably too good to be +7000, but everybody remembers his huge collapse at the PLAYERS Championship and the MC that followed at the Honda. Ghim is 20th in SG: Approach.

Those are the two I have now, but may look at some triple-digit shots more as the tournament approaches.

Coverage of the Valero Texas Open will be on Golf Channel and NBC.

GET A WELCOME BONUS UP TO $1000 FROM BETANYSPORTS

ODDS FOR THE 2021 VALERO TEXAS OPEN