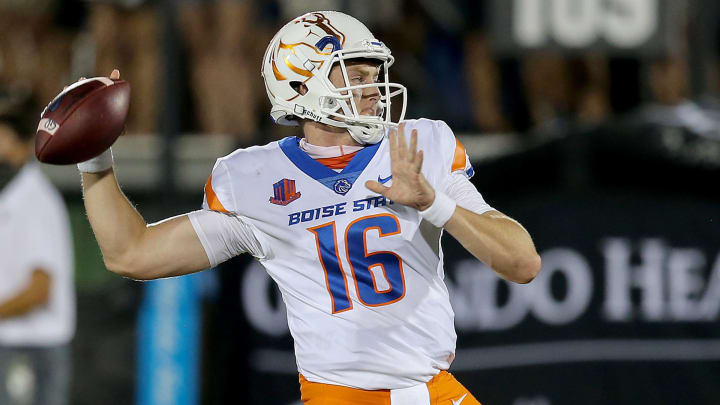 The 2021 college football season goes on with four games on Friday’s card, so we have prepared the best UTEP Miners vs. Boise State betting pick and tips along with the latest odds for this non-conference showdown at Albertsons Stadium in Boise, Idaho.

UTEP meets Boise State for the first time since 2004 when the Broncos outlasted the Miners as 27.5-point road favorites, 47-31. This time, the Broncos are listed as 26-point favorites on BetOnline Sportsbook, while the totals sit at 56.0 points.

The Miners hope to keep the momentum on their side

The UTEP Miners improved to 2-0 on the season following a 38-28 victory to Bethune-Cookman this past Saturday. They failed to cover a 20.5-point spread at home and fell to 1-1 ATS after defeating New Mexico State 30-3 as 9.5-point road favorites in the opener.

Through their first two games in 2021, the Miners leaned heavily on their ground game. They racked up 203 rushing yards at New Mexico State and 287 rushing yards against Bethune-Cookman. Junior Ronald Awatt already has 30 carries for 200 yards and a couple of touchdowns, while freshman Willie Eldridge has added 18 totes for 122 yards.

Sophomore QB Gavin Hardison has completed 64.1 percent of his passing attempts for 432 yards, four touchdowns, and one interception. Last year, Hardison tossed for 1419 yards, five scores, and five interceptions in seven appearances (UTEP went 3-5 and finished the season on a four-game losing streak).

The Boise State Broncos are coming off a 36-31 defeat at the UCF Knights in Week 1, starting the new season on the wrong foot, though they were listed as 6.5-point road underdogs. The Broncos had a massive 21-0 lead early in the second quarter, but it wasn’t enough for an upset. Also, they had a one-point lead with seven minutes to go in the fourth.

The Broncos finished Week 1 with 283 total yards while yielding a whopping 573 in a return. They had 26 rushing attempts for pathetic 20 yards, so the Broncos kept the ball in possession for just 25 minutes.

Junior QB Hank Bachmeier went 25-for-39 for 263 yards, a couple of touchdowns, and a pick. Last year, he had 1150 yards, six scores, and two interceptions in five games, while the Broncos went 5-2, suffering a 34-20 defeat to the San Jose State Spartans in the Mountain West Championship Game.

The Broncos have a lot to prove in this one. Their ground game has been awful in Week 1, as well as their defense, so I’m expecting a much better performance in Week 2, especially because the Broncos have been terrific at home over the last few years.

Boise State is 7-1 straight up and ATS in its previous eight games at Albertsons Stadium. Also, the Broncos have covered in their last three showings at home as favorites of 26 or more points.

The Miners can run, and the Broncos’ run D is far away from an elite level. On the other side, the Miners will have a tall task to slow down the Broncos’ passing game. They were allowing 240.3 passing yards per game in 2021 (71st in the country), so I’m backing the over on the totals.

Neither team can brag with a stout defense, though it’s early in the season. The over is 4-1 in UTEP’s last five games overall, and it is 5-2 in Boise State’s previous seven outings in Week 2.