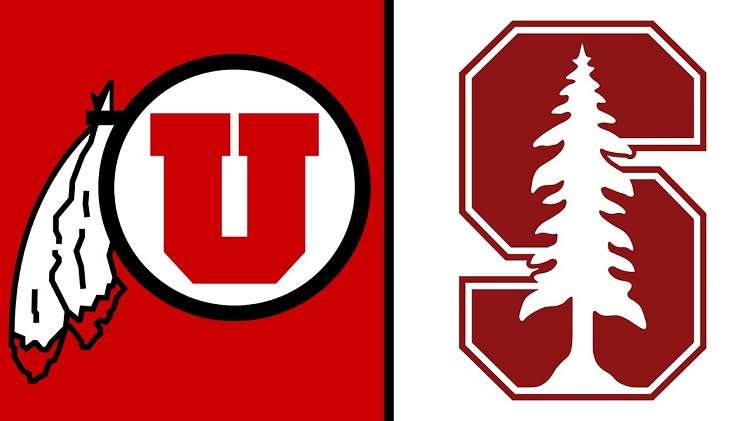 Week 10 of the 2021 college football season brings a couple of games Friday, November 5, including the Pac-12 Conference showdown from Stanford Stadium, so we have prepared the best Utah Utes vs. Stanford Cardinal betting pick and odds.

These two schools meet each other for the first time since 2018 when Utah smashed Stanford 40-21 as a 4-point road underdog. This time around, the Utes are 7.5-point road favorites on Bovada Sportsbook, while the totals are listed at 54.0 points.

Utah dismantled UCLA to get back to the winning ways

The Utah Utes (5-3; 3-5 ATS) are coming off an impressive 44-24 home victory to the UCLA Bruins this past Saturday. They bounced back from a tough 42-34 defeat at Oregon State in Week 8, covering a 6.5-point spread in front of the home fans.

The Utes dropped 21 second-quarter points on the Bruins and never looked back. Sophomore RB Tavion Thomas went bonkers and tied a school record with four rushing touchdowns. He had 24 carries for 160 yards, while sophomore QB Cameron Rising went 17-of-27 for 179 yards and a TD.

The Stanford Cardinal fell to 3-5 SU and ATS on the season following a disappointing 20-13 home loss to the Washington Huskies. Playing as small 2.5-point favorites, the Cardinal couldn’t cope with the Huskies’ defense, racking up only 265 total yards and committing three turnovers.

Sophomore QB Tanner McKee tossed for 194 yards and a couple of picks. He’s listed as questionable to play Friday against the Utes due to an undisclosed injury, so the Cardinal might have to start senior Jack West, who hasn’t played since the opening week.

The Cardinal have been unpredictable all season. They’ve managed to beat No. 3 Oregon 31-24 in overtime and No. 14 USC 42-28, but the Cardinal have also suffered a few surprising defeats. On the other side, the Utes have been terrific over the last few weeks, going 3-1 SU and ATS since their bye week, so give me the visitors to cover.

McKee’s injury is a big issue for the hosts. Also, their run D will have a mountain to climb against the Utes’ prolific offense.

The Utes’ offense has been firing on all cylinders lately. Utah shouldn’t have any problems moving the ball against Stanford’s rushing defense, but the Utes should also struggle to keep Stanford’s offense quiet even if the hosts start Jack West under center.

The under is 4-1 in Stanford’s last five games overall. On the other hand, the over is 5-1 in Utah’s previous six contests overall and 4-1 in the Utes’ last five showings on the road.