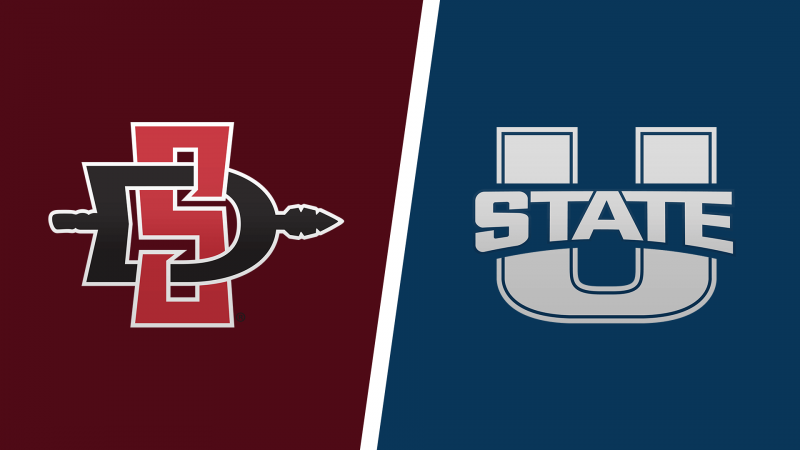 The 2021-22 college basketball season continues Tuesday, February 15, with the Mountain West Conference showdown at Viejas Arena in San Diego, California, so we bring you the best Utah State vs. San Diego State betting pick along with the latest odds update on BetDSI Sportsbook.

The Aggies and Aztecs lock horns for the second time this season. Back on January 26, Utah State thrashed off San Diego State 75-57 as a 1-point home underdog. The Aggies have dominated the Aztecs lately, going 4-1 SU and ATS over their previous five encounters.

The Utah State Aggies (15-11; 13-11-1 ATS) are coming off a heavy, surprising 85-72 defeat to the Nevada Wolf Pack this past Friday. It was their second loss in a row, as the Aggies upset their fans, playing as huge 11-point home favorites.

Utah State had a really bad day in the office against Nevada. The Aggies played lousy defense, while on the other side of the ball, they shot only 41.4% from the field and 26.1% from beyond the arc. Senior forward Brandon Horvath led the way with 29 points and eight rebounds, while another senior F Justin Bean added 16 points and nine rebounds.

The Aggies fell to 6-7 in the conference play. They sit at the seventh spot of the MWC standings. Utah State is No. 58 in the latest NCAA NET Rankings and No. 43 in the KenPom rankings. The Aggies score 111.5 points per 100 possessions (38th in the country) and surrender 97.0 in a return (69th).

The San Diego State Aztecs (15-6; 10-11 ATS) extended their winning streak to three games with a 76-64 home victory over the Air Force Falcons this past Saturday. The Aztecs also failed to cover a massive 19-point spread, recording their third consecutive ATS defeat.

The Aztecs have gone 7-1 SU and 8-0 ATS in their last eight home meetings with the Aggies, and I’m expecting them to extend their dominance over Utah State. Since that heavy loss at the Aggies in January, the Aztecs have played very well, winning four of their five contests in the process.

On the other side, the Aggies have disappointed in a heavy home loss to the Wolf Pack. They’ll look to bounce back, but the Aggies will have a mountain to climb against the Aztecs’ D that is one of the best in the country. San Diego State ranks 11th in the nation in the opponent field goal percentage (38.1%) and 37th in the opponent 3-point percentage (29.9%).

The Aztecs have held their rivals below a 65-point mark in five straight outings. Also, they’ve allowed 57 or fewer points in seven of the last nine showings on the home court. The under is 13-7 in the Aztecs’ last 20 games overall and 4-1 in the previous five encounters between San Diego State and Utah State, and I would stick with these betting trends.