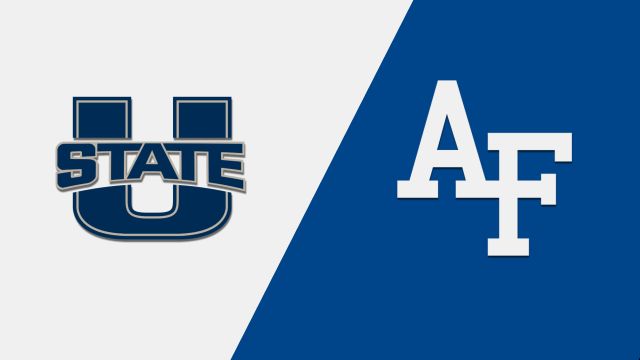 Air Force opened as a 7.5-point home favorite on BetOnline Sportsbook. Utah State is listed at +265 moneyline odds, while the totals sit at 53.5 points. The Falcons have won their previous two encounters with the Aggies and are 5-1 straight up and ATS in their last six matchups with Utah State.

The Utah State Aggies (2-0; 2-0 ATS) finished the abbreviated 2020 season with a heavy 35-7 home loss to Air Force. They hope to make amends this time around, and the Aggies have been pretty successful through their first two outings in 2021.

Back in Week 1, Utah State upset the odds at Washington State and pulled off a 26-23 victory as a 17-point road underdog. The Aggies held the Cougars to 360 total yards while racking up 441 in a return to fully deserve their victory. Calvin Tyler Jr. had 14 carries for 84 yards and a TD, while Devin Thompkins accounted for eight receptions, 94 yards, and a TD.

Thompkins also had eight catches in Week 2, recording 172 yards and one score, as the Aggies defeated North Dakota 48-24 and covered a 6.5-point spread at home. Junior QB Logan Bonner completed 21 of his 33 passing attempts for 390 yards and four touchdowns, while the Aggies ran for 217 yards.

The Falcons hope to extend their dominance

The Air Force Falcons (2-0; 1-1 ATS) opened the 2021 CFB season with a convincing 35-14 home victory over the Lafayette Leopards. They failed to cover a massive 40.5-point spread, but the Falcons had no problems outlasting Lafayette, while junior QB Haaziq Daniels ran for 72 yards and three touchdowns.

The Falcons racked up 370 rushing yards in the opener and 176 in Week 2 when they dismantled Navy as 6-point road favorites. Air Force held the Midshipmen to only 68 total yards, keeping the ball in possession for nearly 37 minutes.

Daniels completed just three of his ten passing attempts at Navy. He added 14 carries for 51 yards and a TD, while junior RB Brad Roberts had 29 totes for 97 yards and a couple of touchdowns. Back in Week 1, Roberts led the Falcons’ backfield with 25 rushes for 111 yards.

I’m backing the Falcons to extend their dominance over the Aggies and beat them by at least a touchdown. Utah State should be a tough rival in 2021, as the Aggies should have improved their run D that was surrendering a whopping 224.7 yards in 2020, but the Falcons’ ground game is something special.

Furthermore, Air Force can lean on its defense, and the Aggies will have a tall task to establish their offensive rhythm. Last season, the Falcons were yielding just 15.0 points per game (4th in the nation) on 304.5 total yards (8th).

As I’ve mentioned above, the Falcons lean on their ground game, so they’ll eat the clock a lot. Also, their defense could easily shut down the Aggies, promising a low-scoring affair in Colorado this Saturday. The under has hit in 11 of the Falcons’ previous 14 games overall, including the last five.

On the other side, the under is 6-1 in Utah State’s last seven outings on the road. The Aggies have scored just seven points in each of their last two meetings with the Falcons, so the under is my best Utah State vs. Air Force betting pick.