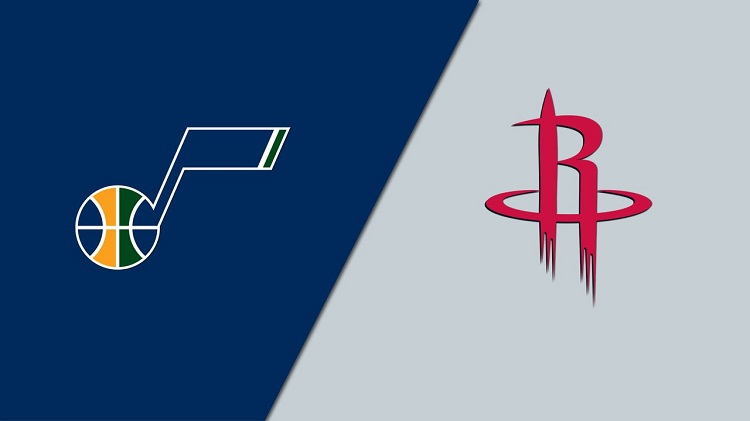 Utah and Houston open their four-game regular-season series Thursday, October 28, 2021, at Toyota Center in Houston, so we bring you the best Jazz vs. Rockets betting pick and odds along with the latest team news and stats.

The Jazz are firm 9-point favorites on Bovada Sportsbook, while the totals are listed at 223.5 points. Utah misses Rudy Gay (heel), who’s still recovering from surgery, but all other guys are ready to go. Houston, on the other side, is without Danuel House (foot).

Utah beat the Nuggets for its third straight W

The Utah Jazz improved to 3-0 straight up and ATS on the season following a 122-110 home victory to the Denver Nuggets this past Tuesday. They took full advantage of Nikola Jokic’s injury, outlasting the Nuggets by 11 points in the fourth quarter.

Jokic had 24 points in 15 first-half minutes before he got hurt, and Rudy Gobert dominated Denver down the stretch. Gobert finished with 23 points and 16 rebounds, while Donovan Mitchell added 22 points and six assists.

Utah cruised through its first three games of the new season, posting the fourth-best offensive rating in the NBA (113.4 points per 100 possessions). The Jazz own the fifth-best defensive rating (99.4) and rank third in the opponent effective field goal percentage (46.7%).

Houston failed to cope with Luka Doncic and Dallas’ D

The Houston Rockets (1-3; 2-2 ATS) are coming off a 116-106 defeat at the Dallas Mavericks last Tuesday. It was their second defeat on the spin, as the Rockets couldn’t deal with the Mavs’ defense, shooting just 41.9% from the field and making 17 turnovers.

Eric Gordon led the way for the Rockets against Dallas, tallying 22 points on 7-for-11 shooting from the field in 27 minutes off the bench. Christian Wood posted a double-double of 16 points and 17 rebounds, but he missed ten of his 16 field-goal attempts.

The healthy Jazz are one of the best teams in the league, and I’m expecting them to prove it in a favorable matchup with the Rockets. Utah is a much better offensive team than Houston, and the Jazz are scoring 113.4 points per 100 possessions even though they’re making only 32.8% of their 3-pointers.

The Jazz love to share the ball and find the open man. They take 42.8 shots from deep per 100 possessions (4th in the NBA), so the Rockets will be in big trouble if Utah enjoys a solid shooting night.

The over is 8-1 in Houston’s last nine showings as a dog of nine or more points. On the other hand, the under is 5-0 in their last five games overall. The Rockets have scored at least 106 points in three of their four outings this season, so I’m going with the over, hoping they can put some decent numbers on the scoreboard in this tough matchup with the Jazz.

I’ve mentioned that Utah hasn’t shot well from deep through its first three contests. If the Jazz find their rhythm, we should see a proper high-scoring affair. The over is 10-4 in Utah’s last 14 games at any location.