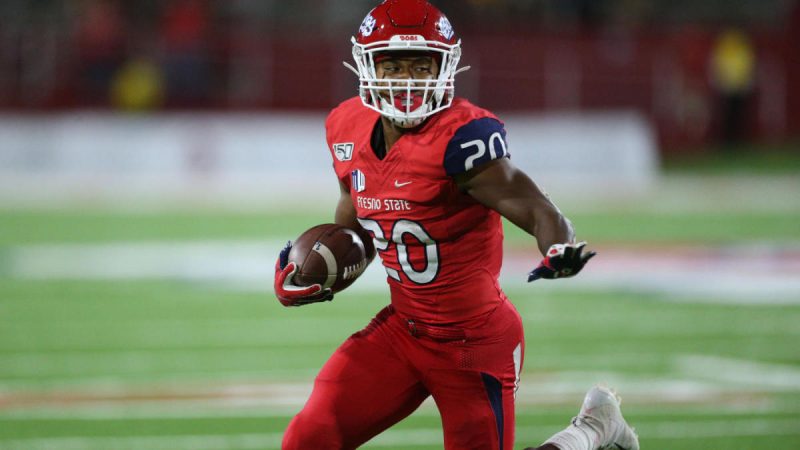 Week 4 of the 2021 college football season continues Friday, September 24, with the Mountain West Conference showdown from Bulldog Stadium in Fresno, California, so here’s the best UNLV vs. Fresno State betting pick along with the latest odds update.

The Bulldogs are massive 32-point home favorites on Bookmaker Sportsbook, while the totals are set at 58.0 points. No. 22 Fresno State has owned UNLV over the last three years, going 3-0 straight up and ATS, so the Bulldogs will look to extend their dominance over the lowly Rebels.

The UNLV Rebels (0-3; 1-1-1 ATS) are riding a nine-game losing streak following a heavy 48-3 defeat to the No. 14 Iowa State Cyclones in Week 3. They racked up only 130 total yards and seven 1st downs while allowing the Cyclones to score at will.

It was the Rebels’ second straight encounter with the ranked team, as they suffered a 37-10 loss at the No. 23 Arizona State Sun Devils in Week 2 when they recorded 155 total yards. Back in the opener, the Rebels lost to Eastern Washington in double overtime, 35-33, playing as 2-point home dogs.

Sophomore Doug Brumfield was under center in the first two contests of the 2021 CFB season, completing just 42.3 percent of his passing attempts for 177 yards. He suffered an upper-body injury, so freshman Cameron Friel got the nod in Week 3 and went 8-for-13 for 67 yards and an interception. Junior QB Tate Martell could get his chance in Week 4, while senior RB Charles Williams will lead the backfield after tallying 59 totes for 249 yards and two touchdowns so far this season.

Fresno State stunned No. 13 UCLA with a late TD

The Fresno State Bulldogs improved to 3-1 straight up and 4-0 ATS on the season following a 40-37 victory at the No. 13 UCLA Bruins this past Saturday. They trailed by four points with 54 seconds left on the clock in the fourth quarter, but Kalen DeBoer’s boys needed just 40 seconds and six plays to score a winning TD.

The Bulldogs fully deserved to win at UCLA, racking up 569 total yards and yielding 395 in a return. Also, the Bulldogs had the ball in possession for 40 minutes and 20 seconds, tallying 15 1st downs more than their rivals (32-17).

Senior QB Jake Haener tossed for 455 yards, two touchdowns, and one pick against the Bruins. Now, he has 1464 yards, ten scores, and an interception in 2021, completing 73.6 percent of his passing attempts. Senior RB Ronnie Rivers has 452 yards from scrimmage and four touchdowns, while wideouts Josh Kelly and Jalen Cropper have combined for 48 receptions, 720 yards, and seven touchdowns.

Despite a massive spread, I have to back the Bulldogs to cover. Their offense is looking good, as Jake Haener can lean on three top-notch playmakers, and the Bulldogs should score a bunch of points in this favorable matchup in front of the home fans.

Fresno State has covered the spread in four of its previous five showings as a fave of 32 or more points. Hopefully, they won’t rest on their laurels following an excellent win at UCLA, as the Bulldogs are a much better team than UNLV.

The Rebels’ offense is a mess, so I don’t feel comfortable with the totals in this clash. Their quarterback situation is a big issue, while the Rebels’ ground game should struggle, too, as the Bulldogs are yielding only 97.8 rushing yards per contest.

Hereof, I don’t trust the visitors to score enough points to help this game finish in the over. The under is 6-3 in UNLV’s last nine games overall, and it is 4-2 in the Rebels’ last six meetings with the Mountain West Conference.