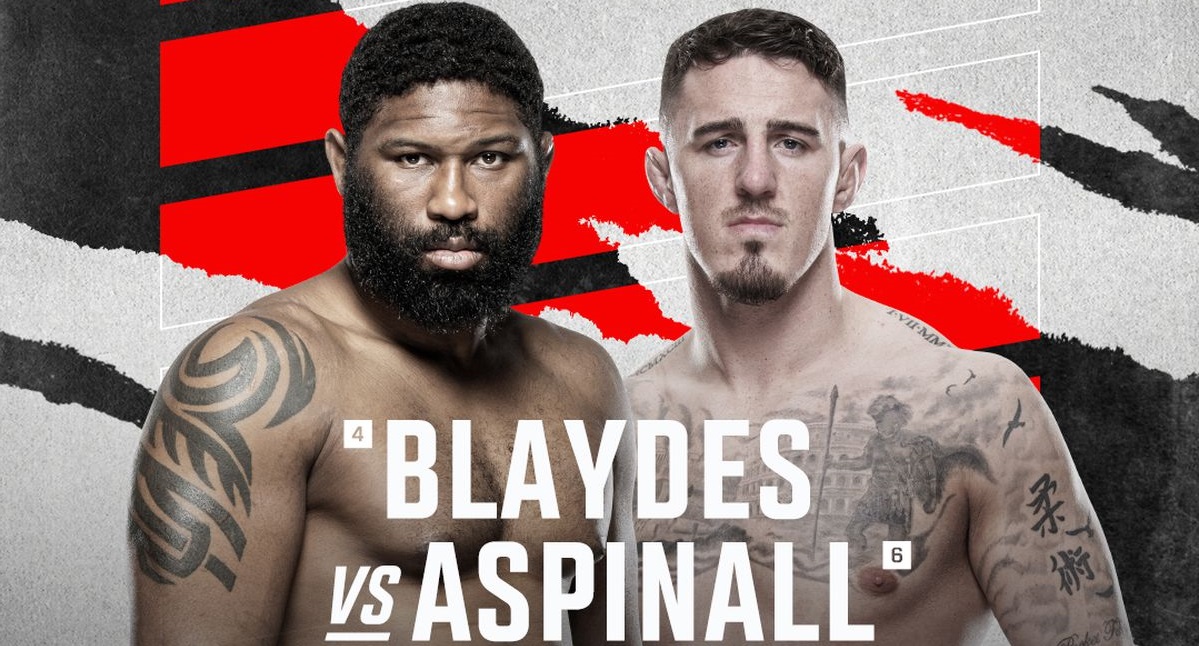 A battle of quality heavyweights will headline this week’s UFC Fight Night and whenever the big boys get in there, it tends to bring a lot of excitement with it. Curtis Blaydes is currently No. 4 in the heavyweight rankings, so a win here would help him get closer to a title shot. Can he pull it off, though? He’ll be taking on Tom Aspinall, who will have the home crowd behind him.

Let’s take a closer look all odds are from BetAnySports, sign up now and get a 55% welcome bonus.

The main event features two tough fighters as Curtis Blaydes and Tom Aspinall square off. Blaydes is on a two-fight winning streak at the moment, taking down Chris Daukaus in his last fight as he’s now 16-3-0 with one no contest entering this matchup. 10 of those wins have come via knockout. He’s got power and strength on his side here.

Meanwhile, Tom Aspinall is the hotter fighter right now. He’s from Manchester, England, so he’ll have the home crowd behind him. He’s won eight straight fights including a takedown of Alexander Volkov earlier in 2022. That fight saw Aspinall win by submission in just the first round.

He’s got a 12-2-0 record with all of those victories coming by stoppages. His 100 percent finish rate will be on the line against Blaydes here, but this looks like a fight where sparks will be flying all over the place.

Pick: Fight Will Not Go To Judges Scorecards

This bout was supposed to be a showdown between Jack Hermansson and Darren Till but Till was forced to withdraw. As a result, Chris Curtis steps in on short notice.

Hermansson is coming off a loss and he’s now alternated wins and losses over his last six bouts. However, he’s posted a career record of 22-7-0 and looks to get back on track here. Hermansson has struggled with elite fighters but not even the best of the best – his three most recent losses are against the second tier. He’s lost to Jared Cannonier, Marvin Vettori and Sean Strickland. The good news is he’s not facing an upper-crust fighter in this one.

Chris Curtis is 35 years old but appears to still be on the rise. He has three UFC bouts under his belt and he’s won each – two of which were by knockout. That now puts him on an eight-fight winning streak. He comes in on short notice and will have a chance to continue his ascent. He should be able to do so and cash here.

Paddy Pimblett one of the British many British fighters on the card and he’s a big favorite in this spot. He is currently 3-0 in the UFC with first-round finishes in each of those bouts. There is no doubt that he’s one of the competitors with a load of momentum behind him – especially now that he’ll be fighting in front of his own fans.

As for his opponent in this fight, Jordan Leavitt, he’s 27 years old and is unranked in the Lightweight Division. He’s coming off of a split decision win and is now 10-1 in his career. He’s been able to pick up submissions wins in six out of his 10 career fights. Four of his 11 career fights have seen him finish his opponent under five minutes.

Each of these guys aren’t going to be pulling punches and hold serious potential to end the fight at any time. With that in mind, we could end up having a fight that keeps us on the edge of our seats the entire way.