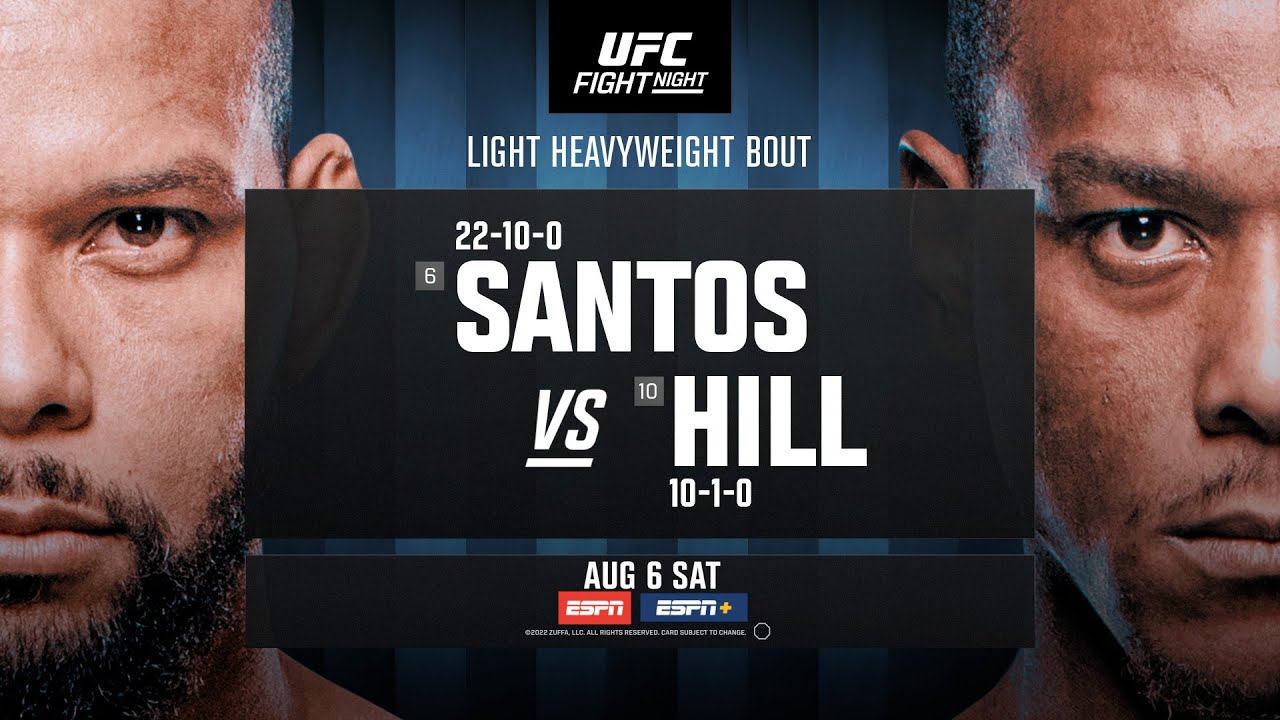 It’s time for another action-packed weekend of UFC action. The MMA promotion is Dallas, Texas at the American Airlines Arena and we’ll see a number of up-and-comers that are sure to entertain. Plus, there will be some crucial matchups here between Ultimate Fighter competitors as they look to become new inductees.

Let’s take a closer look at the three best bouts on the card. All odds provided by BetAnySports, sign up now and get a 55% new user welcome bonus

Two light heavyweights will be the main event here with Thiago Santos taking on Jamahal Hill. Santos came just short of taking the title against Jon Jones, losing by split decision. He’s been having trouble bouncing back from it. He enters this bout having lost four of his last five fights. This is looking like it’s going to be a must win matchup for him if he wants another shot at that title.

Meanwhile, Hill just picked up back-to-back wins in the first round and is now up to 10-1 across his career. Those recent victories came against Johnny Walker and Jimmy Crute – both first-round stoppages – and if he can get another win here, we might be seeing him become the best ascending talent in the division.

This just feels like it’s two fighters heading in opposite directions. Go with Hill.

The heavyweight finale will be kicking off with Mohammed Usman taking on Zac Pauga. Each of these Ultimate Fighter competitors were the top two choices by Julianna Pena and will be looking to end their run-on top. Usman is the younger brother of champ Kamaru Usman and recently just got two strong decision wins coming into this matchup. He’s 8-2 across his career and is hoping to follow in his brother’s footsteps.

On the other hand, Pauga is a former professional football player that is 6-0 in his fighting career. He recently dominated a fight against Jordan Heiderman and also has a unanimous victory against Markus Perez under his belt.

Neither of these fighters look like they have a clear physical advantage, but skill and strategy will be a large component for which of them will win this fight.

Pick: Fight Will Go the Distance

Two ranked welterweights will be aiming to improve their numbers when they take to the Octagon in this one. Vicente Luque just took a tough loss to Belal Muhammad back in April but he’s never lost two straight fights in his career. Plus, all of the fights that he’s lost have been followed up by stoppage victories. Luque doesn’t want to see this consistency slip away now.

Geoff Neal, on the other hand, just broke out of a two-fight losing streak by taking down Santiago Ponzinibbio. The challenge is that bout was a split decision win, so he was a hair away from losing his third in a row.

It feels like Luque is the fighter on the rise here, so lay the juice.