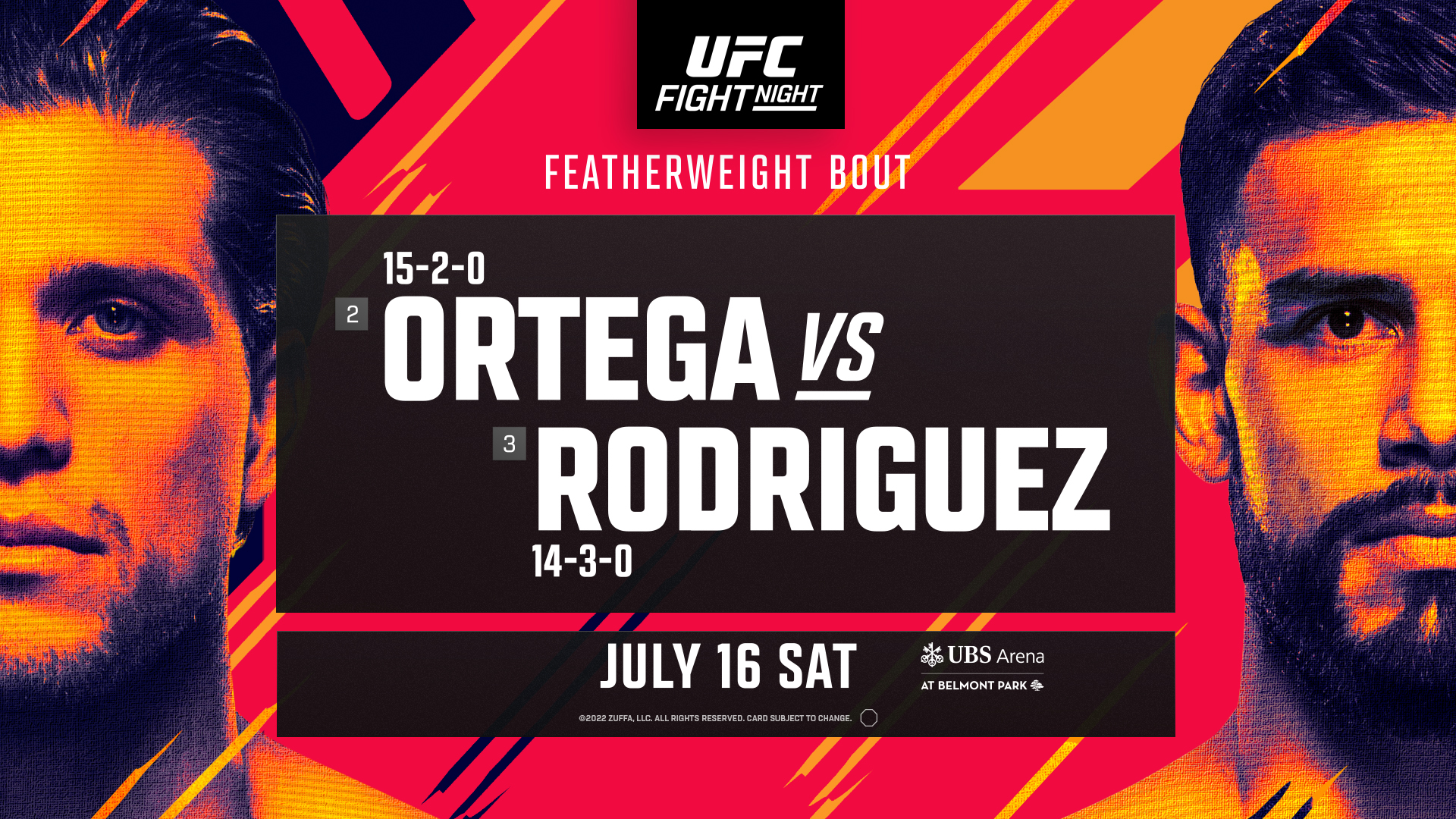 The UFC is back this weekend for one of their more unique cards. For just the third time ever, the action will take place on ABC, so almost everyone in the United States will be able to watch.

Taking a look at the main event, we have a pair of featherweights who are looking to get back on track. Let’s examine that showdown as well as two others to see where the best bets lie.

Sign Up At BetAnySports and get a 55% new user welcome bonus to use on UFC or any sports betting market.

We have a treat lined up for us at the main event with Brian Ortega taking on Yair Rodriguez. Ortega hasn’t fought since last year when he lost his shot at the title against Alexander Volkanovski. However, some believe that he could have won the fight a few different times. There’s no doubt that he remains a dangerous competitor every time he enters the Octagon. His opponent, Rodriguez, is a talent himself. Rodriguez has been taking some good breaks in between fights lately with his last one coming back in November against Max Holloway.

Similar to Ortega, Rodriquez is a flashy fighter that never misses out on an opportunity to end the fight early. He’s the better striker but he has trouble with grapplers, which is where Ortega thrives. Ortega should get the win here.

Michelle Waterson will be taking on Amanda Lemos in this next fight. Waterson hasn’t fought since May of 2021 when she lost to Marina Rodriguez by unanimous decision. However, she’s suffered through a few injuries that have kept him from competing lately. It does look like she’s ready to get going again against Lemos.

Lemos lost her last fight to Jessica Andrade pretty quickly, losing by submission within the first four minutes. It was the first time that she had been set backwards in a while as that loss ended a five-fight winning streak.

Each of these fighters are coming off tough losses but are each scrappy competitors in their own way. It should make for a messy but entertaining fight throughout.

Li Jingliang takes on Muslim Salikhov smack dab in the middle of this fight card.

Jingliang is barely holding onto his placement in the Top 15 in his division after suffering a defeat at the hands of Khamzat Chimaev back in October. However, Chimaev is a stud and for Jingliang, prior to that loss, he had knocked out Santiago Ponzinibbio in the first round to catapult him up the rankings.

As for Salikhov, he’s currently on a five-fight winning streak. He just took out Francisco Trinaldo in his most recent affair. While his record is a sparkling 18-2, 12 of those wins have come via knockout. He’s had a tough time with power of late, though. He has four wins via decision; three of those have come in his last three fights in the UFC.

Salikhov will be taking on a ranked opponent for the first time in his career. This is a challenge that he has to overcome to prove he’s worthy of a higher ranking. Look for him to get back to his knockout ways or for Jingliang to end it early. Four of his last five bouts have not gone to the scorecards.

Pick: Fight Will Not Go To Judges’ Scorecards