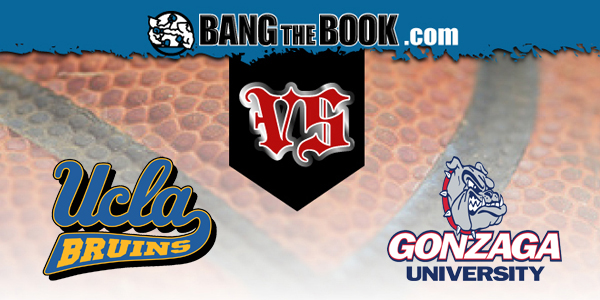 The Pac-12 finally ran into some difficulties in the Sweet 16, as Oregon State and USC both went down. The conference’s hopes were left on the shoulders of the UCLA Bruins against the #1 seed Michigan Wolverines. Well, the Bruins held Michigan to 49 points and when that happens, you have a great chance to win.

UCLA did. By two points. They’ll need to score a lot more than 51 points to compete with the Gonzaga Bulldogs, but Mick Cronin’s team has gone from play-in game to Final Four with a run for the ages and now has a chance, albeit a slim one, to get to the National Championship Game.

Gonzaga is favored by 14.5 points and as crazy as a number like that sounds in the Final Four, the line has already grown. It was 13 or 13.5 at open and bettors are backing the Bulldogs. Bovada Sportsbook has this one lined at 14.5 and 146 on the total. We could see this one keep climbing as well.

Everybody loves a good sports story, but there are people that are not enamored at all with what UCLA has done in this year’s NCAA Tournament. The reality is that opponents are now shooting just 24.7% from three against the Bruins in five games. This is not that great of a defensive team. UCLA enters the Final Four 163rd in the nation in 3P% defense, but you wouldn’t know it from how teams have shot against them in this tournament.

When you look at UCLA, there are only three things that really stand out about the full season body of work. The Bruins take tremendous care of the basketball, which they have successfully done in all five games of this tournament. The second is that they shoot threes well at almost 37%. Their 3-of-13 performance against Michigan made for some heart-wrenching moments, but they got the job done. Lastly, the Bruins are a pretty good defensive rebounding team.

Well, four of the five opponents that they have faced have gotten back at least 30% of their misses in the tournament. Three teams have shot better than 50% on two-point shots. But the three, the great equalizer, has not been there for opponents, so UCLA has been able to survive and advance.

I have nothing against UCLA or what they are doing, but you can see why bettors are on Gonzaga here, even at the monster number. It doesn’t hurt that Gonzaga played spectacularly well against USC, but also simply that UCLA has been the benefactor of some good fortune in this tournament that is not represented by the stats or the metrics.

What has really helped is that UCLA has not turned the ball over. They’ve mostly been able to dictate the pace and tempo of their games as a result, as evidenced by the game against Michigan that was played to just 59 possessions. The Wolverines looked uncomfortable. They looked flustered and frustrated. A lot of teams have looked like that against UCLA thus far.

It is the Final Four and you have to let it all hang out, but UCLA will be playing a sixth high-intensity game in 16 days. This isn’t the deepest of teams and as the stakes increase, so does the pressure. Does it all just fall apart here?

The NCAA Tournament looks just like the regular season for Gonzaga, except against better competition. The Bulldogs play a weak West Coast Conference schedule, but they did play Virginia, Iowa, West Virginia, and Kansas in the non-conference. It isn’t really Gonzaga’s fault that all four of those teams underperformed and left the NCAA Tournament early. When those games were scheduled, it was expected that those teams would be a lot better than they were.

The Elite Eight game against USC actually represented the best opponent of the year for the Bulldogs. They won by 19 and it really could have been even more lopsided than that. This well-oiled machine has put on stunning offensive efficiency displays all season long and that has been especially true here in the NCAA Tournament. Nobody has come remotely close to stopping this team, as the Bulldogs have scored at least 83 points in each of the four games and also let up a little bit.

Gonzaga has so many scoring threats. The Bulldogs pass the ball so well and nobody hogs the spotlight. They all share the glory. Mark Few’s team might be the most complete offensive team we’ve ever seen in college basketball. They’ve scored at least a point per possession in every single game this season. They’ve been held under 80 points just twice.

What does UCLA do to stop that? Most of what UCLA does to keep other teams from scoring points comes in terms of the tempo of the game. They aren’t great defensively. They rank outside the top 150 in 3P% and 2P% against. They don’t force a high number of turnovers. They just slow the game to a crawl and hope to frustrate teams.

Will Gonzaga get frustrated if things somehow don’t go their way in this one? Nobody has really put up that much of a defense. After all, this is a team that scored nearly one hundred points against Virginia.

This is a massive spread. If UCLA has any success slowing Gonzaga down, this spread is even bigger in that sense. I don’t know if the Bruins can really dictate the tempo here. Gonzaga will just pressure them into moving faster. USC didn’t have much success slowing the Elite Eight game down. They lost their identity and got buried early.

Maybe Cronin can keep his team from doing that, but then the question is whether or not they can score enough to keep pace. You want to take an under in a game like this because it has all the makings of a blowout that should slow down the tempo in the second half, but Gonzaga also has no problem running up the score on other teams. Maybe with a huge game two days later against the Houston/Baylor winner, the ‘Zags will put a lid on the game late.

I’ll step in front of it and look under 145, not because I think UCLA has a lot of success in slowing down the tempo, but simply because I think Gonzaga will have one eye on the ultimate prize when they’re up big in the second half.