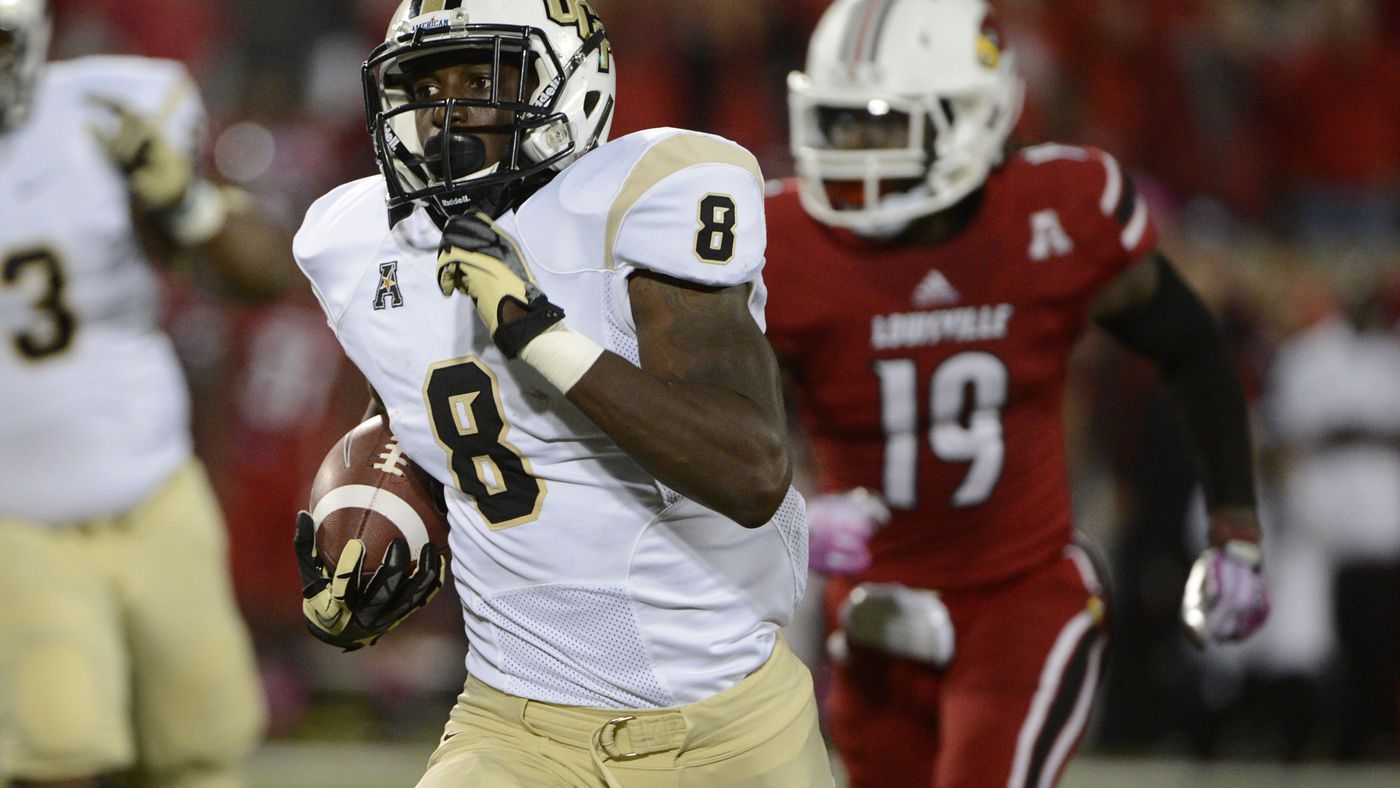 Week 3 of the 2021 CFB season continues Friday, September 17, with a couple of games on the schedule, so we have prepared the best UCF vs. Louisville betting pick and odds, as the Knights take on the Cardinals at Cardinal Stadium in Louisville, Kentucky, with the kick-off at 7:30 PM ET.

UCF meets Louisville for the second time, and the Knights upset the Cardinals in 2013, grabbing a 38-35 victory as 14-point road underdogs. This time around, the Knights are 7-point road favorites, while the Cardinals are +225 moneyline dogs with a total of 67.5 points on Bovada Sportsbook.

The Knights continue to lean on their offense

The UCF Knights (2-0; 1-1 ATS) are coming off a 63-14 thrashing of the Bethune-Cookman Wildcats 63-14 this past Saturday. They barely covered a massive 46-point spread at home, but the Knights can be satisfied with their performance against the arguably much weaker opponent.

UCF racked up 671 total yards last weekend, and junior wideout Ryan O’Keefe led the way with eight catches for 110 yards. Senior WR Brandon Johnson had seven receptions for 81 yards and a TD, while junior QB Dillon Gabriel threw for 312 yards and a couple of touchdowns.

Back in Week 1, Gabriel posted 318 yards, four touchdowns, and two interceptions in a 36-31 win to the Boise State Broncos. Senior RB Isaiah Bowser tortured the Broncos for 172 yards and a TD, as UCF overcame a 21-0 deficit as a 6.5-point home fave.

The Cardinals’ defense will be tested Friday

The Louisville Cardinals (1-1; 0-2 ATS) opened the 2021 college football season with a tough 43-24 defeat to the Ole Miss Rebels in the Chick-fil-A Kickoff Game at Mercedes-Benz Stadium in Atlanta, failing to cover a 9-point spread at the neutral site. Last week, they failed to cover a 30-point spread at home, but they still smashed the Eastern Kentucky Colonels, 30-3.

The Cardinals easily slowed down the Colonels’ offense, limiting them to 149 yards through the air and 86 on the ground. Also, the Cardinals forced three turnovers, but their defense didn’t have a proper test against the hapless EKU’s attack.

Junior QB Malik Cunningham has tossed for 468 yards, a couple of touchdowns, and an interception through the first two weeks of the new season. He’s also added 29 carries for 108 yards and four touchdowns, while freshman wideout Ahmari Huggins-Bruce has recorded six receptions for 168 yards.

In his first season as the UCF Knights head coach, Guz Malzahn is trying to keep the team on the right track. Last year, the Knights owned the fifth-highest scoring offense in the nation, averaging 44.3 points per game while posting the second-most total yards per contest (585.6).

This UCF team continues to play fast, but the Knights will have to improve defensively in order to have a successful season. Still, their offense should be enough Friday, as the Cardinals’ defense hasn’t impressed over the previous two weeks. Louisville will have a tall task trying to outscore the Knights’ prolific offense.

With both teams struggling to defend well, I’m expecting to see a high-scoring affair Friday in Louisville. The Cardinals will struggle to keep the visitors on their half of the field, but the hosts certainly have enough firepower to put some serious numbers on the scoreboard.

The over has hit in 12 of Louisville’s last 18 games overall. Also, the over is 4-1 in the Cardinals’ last five outings in Week 3, and it is 6-1 in the Knights’ previous seven games played in September.