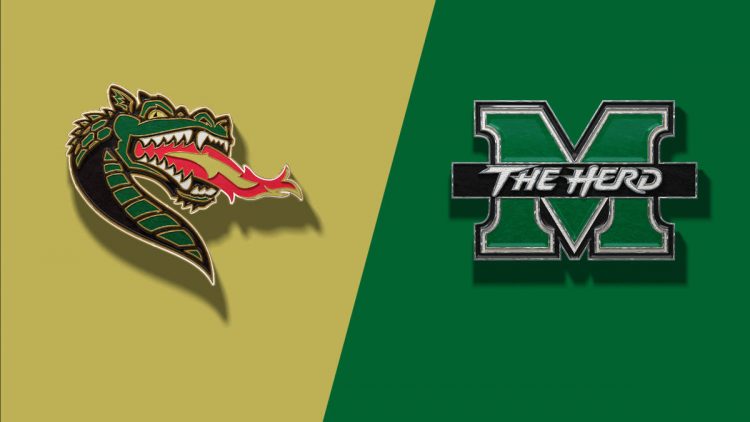 The 2021 CFB season is heating up with Week 11 matchups on Saturday, November 13, so we’re breaking down the Conference USA showdown at Joan C. Edwards Stadium in Huntington to get you the best UAB vs. Marshall betting pick and odds.

According to MyBookie Sportsbook, the Thundering Herd are 4.5-point home favorites with a total of 54.0 points, while the Blazers are listed as +165 moneyline underdogs. The stake is huge for both teams, so let’s take a closer look.

The Blazers outlasted LA Tech on the back of DeWayne McBride

The UAB Blazers improved to 6-3 SU and ATS on the season with a 52-38 home victory to the Louisiana Tech Bulldogs this past Saturday. They covered a 13.5-point spread, overcoming an early 14-point deficit, while sophomore RB DeWayne McBride went bonkers, accounting for 210 rushing yards and four touchdowns on just 14 carries.

The Blazers bounced back from a surprising 30-24 defeat to Rice in Week 9 when they were listed as massive 24-point home favorites. UAB posted a whopping 295 rushing yards on 37 attempts (8.0 per rush) while holding the Bulldogs to 346 total yards.

UAB is now sitting at the second spot of the Conference USA West Division, trailing the UTSA Roadrunners by one game. The Blazers are scoring 28.8 points per game (tied-59th in the country) while yielding 22.3 points in a return (40th).

The Thundering Herd aim for their fifth straight W

The Marshall Thundering Herd are riding a four-game winning streak following a 28-13 road victory at the Florida Atlantic Owls in Week 10. They overcame a six-point second-quarter deficit, tallying 21 unanswered points and shutting down the Owls in the second half.

Freshman RB Rasheen Ali led the charge for the Thundering Herd with 18 carries for 90 yards and a couple of touchdowns. Grant Wells tossed for 351 yards, a TD, and an interception, while Willie Johnson had five receptions for 140 yards and a TD.

Marshall is tied with Western Kentucky for the top spot in the Conference USA East Division. The Thundering Herd desperately need a win here, but so do the visitors, so I’m expecting a proper nail-biter down the stretch.

The Thundering Herd’s defense has improved a lot over the last few weeks, but facing off against the Blazers’ prolific ground game will be a tall task for the hosts. Marshall’s run D is still an issue, and I’m looking for the visitors to hang in and cover a 4.5-point spread.

The under has hit in three of the last four encounters between UAB and Marshall. Last year, the Blazers outlasted the Thundering Herd 22-13 as 4.5-point road dogs with a total of 45.0 points.

This time around, the line is set at 54 points. Both teams are capable of playing solid defense, but they also have some serious flaws that could be easily exploited in this matchup. Hereof, I’m going with the over. The Blazers should easily move the ball on the ground, and the Thundering Herd will do the same thing through the air.