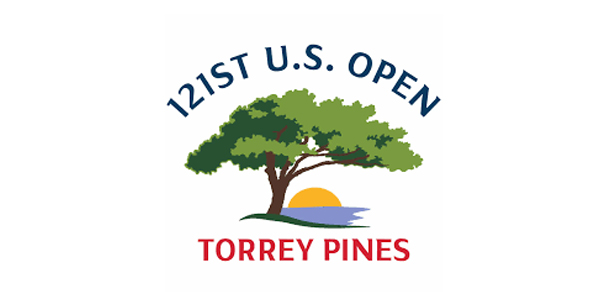 The winning score has been 1-over three times since and even par once. This is about as tough of a setup as a tournament can get, even with picturesque weather expected on the South Course in San Diego. We’re looking ahead to a great tournament with a star-studded field.

Odds for the U.S. Open come from BetOnline Sportsbook. These have been up for a while, so we’ve seen some movement over the last several weeks, but these lines are accurate as of Monday afternoon.

We’ll put the odds down at the bottom of the article because there are so many players in this field and a lot that simply have zero chance of winning.

Jon Rahm is the +1000 favorite this week, even though he was forced to withdraw from the Memorial Tournament because of a positive COVID-19 test. He led that event by six shots before having to leave the event to quarantine.

Brooks Koepka and Dustin Johnson are the co-second favorites at +1600. Koepka is a two-time U.S. Open champ. DJ won at Oakmont back in 2016. Koepka won two in a row in 2017 and 2018 and finished runner-up in 2019. Even though he missed the cut last week at the Palmetto Championship, he is getting lots of respect.

Reigning U.S. Open champ Bryson DeChambeau is +1800 alongside Xander Schauffele, who is becoming like Tony Finau as a guy that can finish high, but can’t win. Speaking of Finau, he’s +2800, just below guys like Jordan Spieth, Rory McIlroy, Collin Morikawa, Justin Thomas, and Patrick Cantlay.

All of golf’s best are on hand, which means that you’ll get some great players at really good numbers, like Daniel Berger and Webb Simpson at 50/1. PGA Championship winner Phil Mickelson is 70/1. Last week’s winner, Garrick Higgo, is 66/1.

The best of the best usually win at the majors, but there are some really good prices out there on some very capable golfers.

Torrey Pines Golf Course is one that the players know very, very well. They just played on this course back in January for the Farmers Insurance Open. Patrick Reed won that tournament by five shots over Tony Finau, Viktor Hovland, Henrik Norlander, Ryan Palmer, and Xander Schauffele.

Obviously there are a lot of differences with the U.S. Open. It’s June, not January and warmer weather should help the players on the South Course, which comes in at over 7,700 yards depending on the pin placements. We’ll also have a smattering of fans around the grounds. The course format will be much tougher, as it should be for a U.S. Open.

The U.S. Open layouts are typically very challenging. The lowest winning score for the Farmers since 2008 is 6-under. Most have been in the low-to-mid teens. Tiger won at 1-under in 2008. We’ll see a tougher, feistier Torrey Pines here for the major. The players also play one round on the North Course at Torrey Pines for the Farmers, but all four rounds will be on the South Course this week.

Our Horse for Course section looks at guys that play well on the course and how their past results could be a factor this week. We have a ton of course form data this week for the U.S. Open. That isn’t always the case. Courses like Winged Foot, Erin Hills, Shinnecock Hills, and Chambers Bay have not given us that luxury. This week, we can basically look back at every Farmers Insurance Open.

A lot of guys play well here. Over 20 rounds, Rahm leads in the Course History Index on the South Course per DataGolf. Rory is second. Tony Finau is third. Finau was runner-up here in January and sixth in 2020. He’s finished in the top 15 in four straight events at Torrey Pines and in the top 25 in all seven starts. Finau is +2800 this week.

Rory has three starts here and has finished in the top five twice and was 16th earlier this year. Maybe the most interesting player is Patrick Reed at +3000. He won here in January and was sixth here last year. He’s actually had four straight top-25 finishes.

Who is in Major Form?

A few big names played well last week at the Palmetto Championship. Garrick Higgo won, but Tyrrell Hatton was among those tied for second. Dustin Johnson finally scored a top-10 finish, his first since February. Matthew Fitzpatrick was 10th last week. It’s more about the guys that have consistently been finishing well, though.

Jordan Spieth has two top-five finishes and another top-10 finish in his last five events. Jason Kokrak won the AT&T Byron Nelson a few weeks ago and hasn’t played since. Abraham Ancer missed the cut at the Memorial, but had five top-20 finishes and three top-10 finishes the five events before that. Xander Schauffele has four top-15 finishes in his last five, including that third-place finish at The Masters.

A lot of great players are in very good form.

This is extremely hard. There are so many players in great form right now and most of them aren’t even the favorites. Driving accuracy is very important because the rough is typically penal at Torrey Pines and even more penal for the U.S. Open setup most years.

Collin Morikawa fits the course well at +2200. He’s 12th in driving accuracy and first in SG: Tee-to-Green. The greens aren’t as challenging at Torrey Pines as most major courses, so he’s got a great shot this week.

Corey Conners is not in great form, but at 80/1 with his skill set and ball-striking ability, he’s a good bet. He’s 10th in driving accuracy and 12th in SG: T2G this season. Conners drove the ball well in January, but struggled on the greens. He’s been in much better putting form otherwise this season.

Look for matchups and chances to bet guys to win as the tournament goes along.