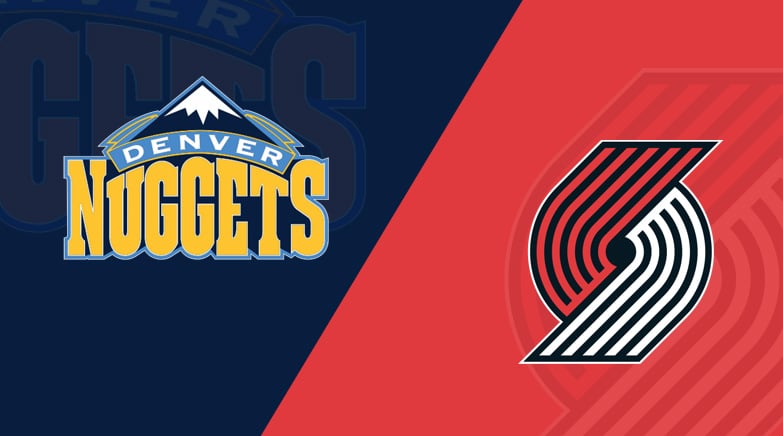 The play-in games are in the books and the NBA Playoffs are now set for the first round. Much like the NHL on Saturday, the NBA has intelligently staggered the schedule to put games on all day. Action will start with Heat vs. Bucks and then finish up with Trail Blazers vs. Nuggets.

In the interest of lead time on this preview, that battle between the #3 and #6 seeds will be the focal point, as Denver is just a one-point favorite at Bovada Sportsbook with a total of 227.5. This seems to be a highly contentious line with money on both sides and some books are even showing Portland as the small favorite.

A competitive game is just what we want from this series and to cap off an exciting day of NBA Playoff action. Is that what we’re going to get?

Portland beat Denver on the final day of the regular season to narrowly avoid playing in the play-in tournament. It was a big win for the Blazers to avoid that elimination event, so they were able to relax, rest up, and set their sights on the Nuggets. Portland actually fared better on the road with a 22-14 record than at home with a 20-16 mark, so we’ll see if that has any bearing going to the elevation of the Mile High City.

Downtime for Damian Lillard had to be a good thing. Lillard played 67 games for Portland during the regular season and scored 28.8 points per game. He also led the team in assists with 7.5. He has a massive usage rate and played just under 36 minutes per game during the condensed season, so a few days off his feet have to be a positive going into this series.

Is it surprising to see that Portland would be a neutral-site favorite here? Even though the crowds are subdued this season, you still have to give Denver a reasonable home court advantage for the elevation. Portland was just +1.8 in NetRtg during the season. Denver, meanwhile, was +5.0, which was the sixth-best mark in the league. Certainly the loss of Jamal Murray plays a role, but is this game lined too closely?

Portland was right in the middle of the league in eFG% at .540, which ranked 15th. They were worse than that in defensive eFG%, coming in 22nd. Portland did make 38.5% of its three-point shots, due in large part to Lillard and right-hand man CJ McCollum, though McCollum was limited to just 47 games. McCollum does come into this series with 21 or more points in six straight games.

This game may simply come down to three-point shooting. Both Portland and Denver graded well in that department. Portland only shot 50.5% on twos, though, which was one of the worst marks in the league. Denver was bottom-five at defending twos, but 11th against the three.

Life without Jamal Murray has been a reality for the Nuggets for a while, so they’ve learned to adjust. The adjustment is a lot easier when Nikola Jokic is having the season that he has had. Jokic has scored 26.4 points with 10.8 rebounds and 8.3 assists per game over 72 games. He was an ironman for the Nuggets and the MVP of the league. He’ll have to keep it up here.

The supporting cast for Jokic is headlined by Michael Porter Jr., who had 19 points per game and stepped into a much bigger role when Murray went down. Porter only played 15 minutes in Sunday’s game and had nine points for the second consecutive game while having his minutes monitored.

It is a pretty stark contrast with Murray and without him. With Murray on the floor, the Nuggets posted an eFG% of 57.1%, but just a 54.4% without him. Not much really changed defensively for the Nuggets with or without Murray, but their three-point shooting suffered and they weren’t able to get as many looks close to the rim. The Nuggets shot nearly 5% worse from 20-24 feet without Murray and had nearly six fewer FG attempts per game inside five feet.

In that respect, you can see why Denver is only a modest favorite at Bovada and not even a favorite at some of the other books. The full-season stats tell only one side of the story.

Everybody knows that Jokic and Lillard will get theirs. The supporting casts will decide this game and this series. Jokic and Lillard may even cancel out when all is said and done. McCollum and Porter may even trade score for score. It comes down to the benches and the role guys.

Even though Denver sentiment is low right now, they’ve still been a very solid defensive team in the absence of Murray. With what should be a tighter game with a lot more attention to detail now that the playoffs are here, that’s enough for me to give Denver the benefit of the doubt in Game 1.