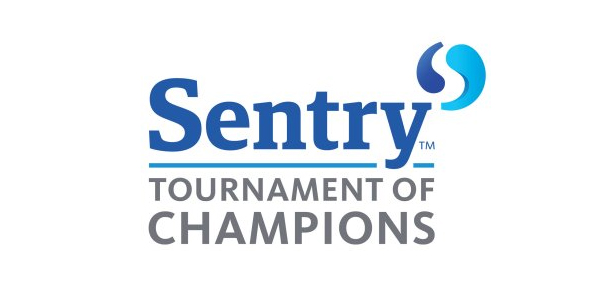 A new calendar year begins on the PGA Tour with the Sentry Tournament of Champions on the picturesque Plantation Course at Kapalua Resort. What serves as part vacation, part golf tournament usually only features the winners of tournaments during the previous year, but with 10 tournaments canceled due to COVID-19, the field has expanded.

There are 30 players that qualified for the TOUR Championship and they are all on hand, along with the tournament winners from last year. In other words, this is a real who’s who type of field for golf and that’s why players like Justin Thomas, Dustin Johnson, Xander Schauffele, Patrick Reed, and Jordan Spieth are listed among the last six winners.

The expanded field includes 45 players, but Rory McIlroy, Jim Herman, and Tyrrell Hatton will not be on hand. That means we have 42 golfers to handicap for the first event of 2021.

We’ll use the odds from MyBookie Sportsbook to evaluate the prices for the field and put together a tournament preview.

GOLF BETTING ODDS FOR THE 2021 SENTRY TOURNAMENT OF CHAMPIONS

Two-time winner Dustin Johnson is the +550 favorite over two-time winner Justin Thomas at +600. Jon Rahm and Bryson Dechambeau are also in single digits. With a bevy of elite players in this field, you’re not really getting a whole lot of bargains.

There are 42 players in the field and they have all qualified for a reason. They either won tournaments last year or qualified for the TOUR Championship as one of the top 30 in the FedEx Cup Playoffs. Some did both.

There are nine new players at this event that have never played this course before. They are Abraham Ancer, Sergio Garcia, Viktor Hovland, Mackenzie Hughes, Sungjae Im, Jason Kokrak, Carlos Ortiz, Scottie Scheffler, and Richy Werenski.

We’ve got lots of proven winners on a course for scoring, so it seems like taking any long shot prices is hard to do.

This course is in paradise. It is at Kapalua Resort in Maui, which is on the extreme northwest side of the island. It goes without saying that wind can be a factor here. The course played much, much tougher last year when Thomas won at 14-under. The previous winning score had been at least 21-under each of the previous five years and Jordan Spieth even won at 30-under by eight shots in 2016.

This is a par 73 that comes in about 7,600 yards, which is what makes scoring so easy. It is a course where you can really grip it and rip it because the fairways are wide and erratic drives are not really penal. There are some really long par 4s, but they are going to be reachable in two for a lot of these world-class players. Some holes will play longer because of the wind. The finishing hole on Sunday is a par 5 that comes in at nearly 680 yards.

The course was renovated quite significantly in 2019 and that could have played a role in Thomas’s low winning score last year.

Our cleverly-named Horse for Course section looks at players that have done well on this track before. With a limited number of players each year, you want to put high finishes in the proper context.

Hideki Matsuyama is back after a two-year absence. All three of his starts at Kapalua have been top-five finishes. Marc Leishman was fourth in 2019 and seventh in 2018. Jon Rahm was second in his first start here back in 2018, but has been eighth and 10th since. Webb Simpson has a couple of thirds here, but he’s only played this tournament once since 2014. He finished eighth two years ago.

Most of these players haven’t played in several weeks. Some went over to Dubai for the DP World Tour Championship on the European Tour. Some played the OHL Classic at Mayakoba. Otherwise, for several guys, they haven’t played since the Masters or the RSM Classic.

This is a course that is extremely forgiving, so even though some players will be shaking off some rust, it seems as though things shouldn’t be that bad. For the most part, this is just about picking a guy that you think fits the course the best and then taking him because there are a lot of guys that are largely interchangeable at an event like this and it will be about making putts.

Even then, the fact that a bad putter like Matsuyama has had so much success here that he’s come close to winning a few times. Meanwhile, a guy like Kevin Kisner has cracked the top 10 once in three tries and he’s a great putter.

The price on Tony Finau looks a bit high at +2500. Finau last played here in 2017 and finished ninth. He’s a huge hitter with questionable putting, but that could work for him at this price and on this course. Though Matsuyama has better returns here, he’s +1600 and Finau has played better than him the last few years.

Marc Leishman is a pretty decent wind player and at 66/1 with his returns at this event and on some of the tracks he’s conquered, that’s not a bad longer shot price, but you really want to limit those.

You’ll be able to find the Tournament of Champions on the Golf Channel and NBC this week.