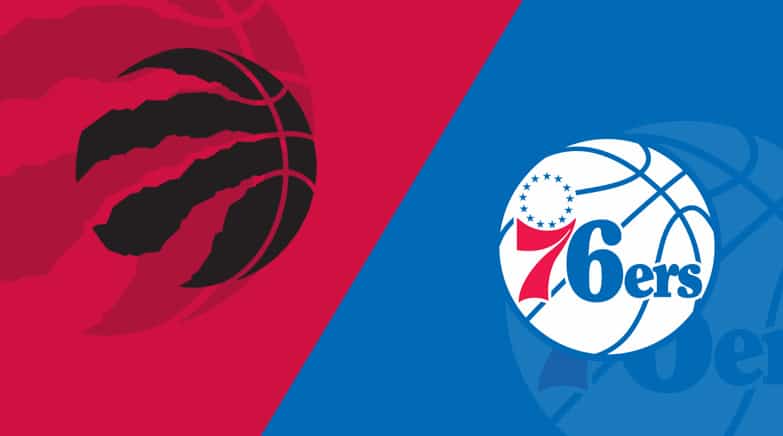 The 2022 NBA Playoffs tip off Saturday, April 16, with the Eastern Conference first-round clash at Wells Fargo Center in Philadelphia, so we bring you the best Raptors vs. 76ers betting pick, tips, and odds.

According to Bookmaker Sportsbook, the 76ers are 4.5-point home favorites for Game 1, while the Raptors are listed as +160 moneyline dogs with a total of 216.0 points. Toronto won its four-game regular-season series against Philadelphia, and the Raptors aim for their third consecutive victory over the Sixers.

The Raptors won eight of their last ten contests

Pascal Siakam has led the way for Toronto as of late. The one-time All-Star has accounted for 27.4 points, 9.3 rebounds, and 6.4 assists a night over his last ten appearances while shooting 52.9% from the field. Fred VanVleet (20.3 PPG, 6.7 APG) has struggled with a knee injury for a while, but he’ll be ready to go Saturday against Philadelphia.

The 76ers shoot for their third straight win

The Philadelphia 76ers (51-31; 38-43-1 ATS) have won five of their last six games, but they’ve covered the spread only twice in that span. The Sixers wrapped up the regular season with a 118-106 home win to the Detroit Pistons, while both Joel Embiid and James Harden got a day off.

Philadelphia earned the No. 4 seed in the East. The Sixers were tied with the Boston Celtics for the best record in the Atlantic Division, but they failed to win the divisional title due to a lost tiebreaker.

Phila ranks 12th in the NBA in both defensive efficiency (110.8) and offensive efficiency (113.5). Joel Embiid led the league in scoring with 30.6 points per game, and he’s averaged 34.9 points and 13.8 rebounds over his last ten outings. James Harden has recorded a line of 21.0 points, 10.5 assists, and 7.1 boards per game since he joined the Sixers in February.

Only nine days ago, the Raptors and 76ers met each other at Scotiabank Arena in Toronto, and the hosts came out on top, 119-114. It was a tight contest, and both teams shot the ball very well. Phila went 19-for-36 from downtown, while Toronto made 15 of its 33 attempts from deep.

I think this playoff series will be a long one, as both sides possess the depth to go toe to toe with each other. Joel Embiid should be a key factor, and the Sixers should have enough offensive firepower to deal with the Raptors’ D at home. Phila has scored 120.2 points per 100 possessions in its last ten contests.

Six of the Raptors’ last seven playoff games have gone under the total. On the other side, the under is 5-1 in the 76ers’ previous six showings in the postseason. I would ride these betting trends, expecting both teams to play aggressive defense for all 48 minutes.