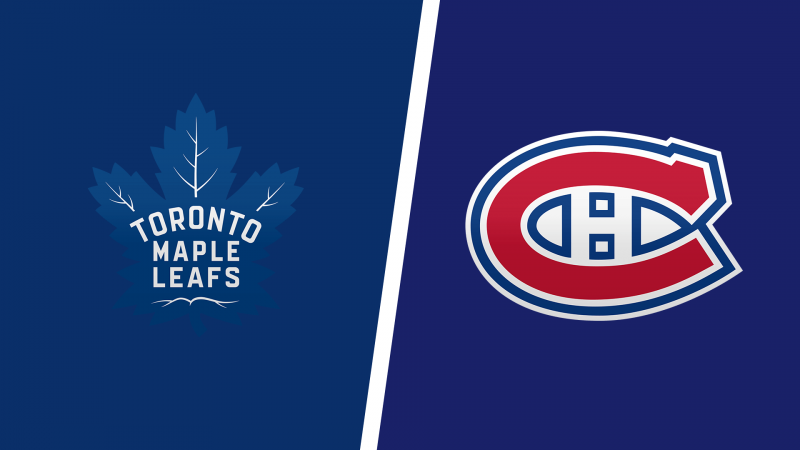 The 2021-22 NHL season continues Monday, February 21, with the Atlantic Division showdown at Bell Centre in Montreal, Quebec, so we have prepared the best Maple Leafs vs. Canadiens betting pick along with the latest odds update on MyBookie Sportsbook.

Toronto meets Montreal for Game 2 of their four-game regular-season series. Back in October, the Maple Leafs outlasted the Canadiens 2-1 as firm -200 home favorites with a total of 6.0 goals.

The Maple Leafs continue to chase the No. 1 seed in the East

The Toronto Maple Leafs (32-13-3) are coming off a heavy 6-3 defeat to the St. Louis Blues this past Saturday. Playing as -210 home favorites, the Maple Leafs failed to extend their winning streak to three games, recording their third loss in the last five outings.

Toronto took 37 shots towards Ville Husso and won 37 faceoffs, but it wasn’t enough against the resilient Blues, who scored three unanswered goals in the third period. Center William Nylander led the way for the Maple Leafs with a pair of goals, while Jack Campbell surrendered five goals on 33 shots.

The Canadiens play without rest

The Montreal Canadiens host the Maple Leafs on the second day of a back-to-back set. They visited the New York Islanders on Sunday afternoon, and their Eastern Conference battle from UBS Arena in Elmont, New York, has been excluded from the analysis.

Before their meeting with the Islanders, the Habs have registered 16 losses in their last 18 outings at any location. Last Thursday, they put an end to a horrible ten-game losing streak with a 3-2 overtime victory to the St. Louis Blues.

Montreal is dead last in the Atlantic Division. The Canadiens are also the worst team in the league in both goals scored (2.20) and goals conceded per game (3.94). Andrew Hammond, who had his season debut Sunday against the Islanders, is expected to get the starting call Monday at Bell Centre.

The Maple Leafs cannot afford to lose games like this one. If they want to keep pace with the best teams in the Eastern Conference, a victory over the hapless Canadiens is a must.

Montreal will have to deal with fatigue on the second night of a back-to-back, while Toronto had one day to rest and think about what went wrong in that 6-3 home loss to St. Louis. I’m expecting a better defensive performance from the Maple Leafs, who certainly possess enough offensive firepower to deal with the worst scoring defense in the NHL.

The over is 8-2 in Toronto’s last ten contests overall and 10-3 in Montreal’s previous 13. On the other hand, the under is 7-2 in the last nine encounters between the Maple Leafs and Canadiens.

The totals are a tricky wager in this duel because of the Habs’ inefficient offense. Montreal owns the worst shooting percentage in the league (7.5). On the other side, the Maple Leafs could easily score four of five on their own. Toronto has bagged 36 goals over its last eight games on the road.