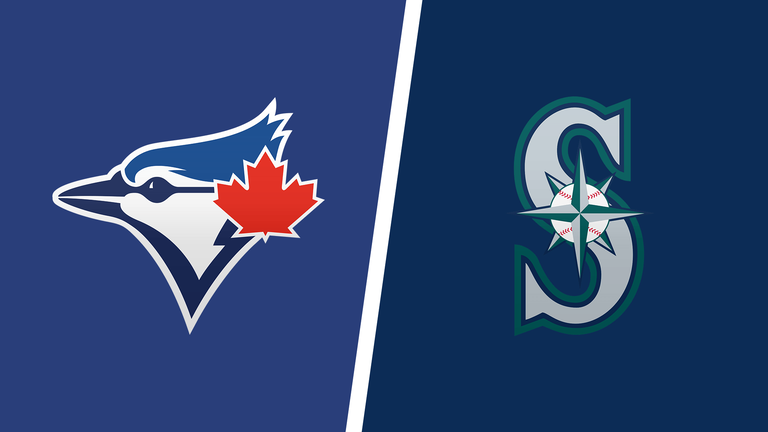 The Toronto Blue Jays and Seattle Mariners wrap up their six-game regular-season series Sunday, August 15, 2021, with the closing contest of a three-game set at T-Mobile Park in Seattle, so here’s the best Blue Jays vs. Mariners betting pick along with the latest odds on MyBookie Sportsbook.

The M’s have won three of their first four encounters with the Blue Jays in 2021 (the middle contest of this series has been excluded from the analysis). They open as slight +115 home dogs for Sunday’s closer, while the Blue Jays are -125 road favorites with a total of 8.5 runs.

The Toronto Blue Jays fell to 62-53 on the season following a 3-2 defeat at T-Mobile Park this past Friday. It was their second defeat on the spin, as the Blue Jays split a four-game series at the Los Angeles Angels earlier this week.

Toronto has won 12 of its previous 17 games overall, but the Blue Jays were still three and a half games behind the bottom wild card in the American League on Saturday. In the last couple of weeks, they’ve recorded a solid .260/.324/.449 slash line to go with a 3.85 ERA and a 1.25 WHIP.

Steven Matz will get the starting call Sunday, and the 30-year-old left-hander is 9-7 with a 4.28 ERA and 1.40 WHIP in 20 starts this season. Matz has been inconsistent for most of the year, and over his previous six starts, the southpaw has registered a 3.45 ERA and a .288 batting average against.

Back in June, Matz had an awful game against the Mariners. It was his first career date with Seattle, and Matz yielded four earned runs on five hits across just 2.2 frames of work.

Seattle is still alive in the playoff chase

The Seattle Mariners barely outlasted the Blue Jays in the opener to improve to 62-55 on the season and keep their playoff hopes alive. The M’s are third in the AL West, huge eight games behind the top-seeded Astros, but they are also just four and a half games behind the bottom wild card in the American League.

Logan Gilbert will take the mound Sunday, and the 24-year-old rookie is 5-3 with a 4.05 ERA and 1.08 WHIP in 15 starts. He’s never met the Blue Jays before, and over his last five starts, the righty has posted a pedestrian 5.11 ERA and a .250 batting average against. Last time out, Gilbert has taken a no-decision in a 5-4 loss to Texas, allowing a pair of earned runs on five hits across six frames of work.

The Mariners have done a terrific job on the mound in the last two weeks, and I’m expecting to see some regression, especially because it’s the end of the week, and there are some tired arms in their bullpen. Seattle’s relievers have registered a sparkly 2.57 ERA in August, but they’ve also recorded a 4.26 FIP.

The Blue Jays are a much better offensive team than Seattle, so I’m looking for their bats to make the difference. Toronto can count on four guys who all have a OPS+ over 120.

The Blue Jays have a 3.19 ERA and 3.94 FIP in August, so we shouldn’t expect to see a proper high-scoring affair. However, with Steven Matz and Logan Gilbert on the mound, I’m expecting both teams to score a few runs off the rival’s starting pitcher, and with the line at 8.5 runs, I’ll take the over.

T-Mobile Park is one of the most pitcher-friendly ballparks in 2021, but the Blue Jays have a terrifying lineup capable of scoring in double digits on a good day. That’s why Toronto remains my best betting pick here.