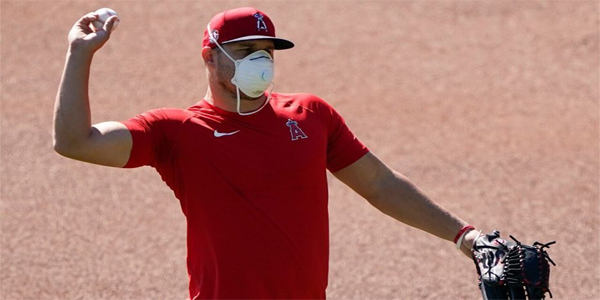 The questions are endless regarding the 2020 MLB season. As you’ve heard ad nauseam already, this is no longer a marathon. It is a sprint. This is an oversimplified point, but going from 162 games to 60 basically means that each game counts for 2.7 games, so the playoff push literally starts from day one.

From a betting standpoint, things are going to be unique. We’re pretty used to that already, as many have taken a headfirst plunge into golf, UFC, and NASCAR to pass the time without the major sports.

When it comes to baseball, though, there are industry changes to go along with the handicapping adjustments that we’ll all be forced to make. For example, the CRIS books, including Bookmaker, will be going to “Action” instead of the listed pitchers, however, all wagers lock in at the price at the time of your bet.

In the past, “Action” meant that you got the price at the time of closing. Now, with teams likely to use openers more frequently or maybe have to make pitching changes because of COVID tests, the sportsbooks have some decisions to make on how they want their House Rules to run.

For Bookmaker and the other CRIS books, that means all bets are Action and go at the price that was bet, so even if you took +200 and the line drops to +180 as a result of a pitching change, you still get +200.

Games must go 8.5 innings for money line, total, and run line bets if the home team has a lead and the full 9 innings if the road team has a lead. Money line wagers used to be graded so long as the game went final. That will no longer be the case.

Postponed games must be completed by 5 a.m. in the time zone of the game with a winner declared. That is another change.

So, we do have some changes on the House Rules, and you are going to need to know  what those rules are at your respective sportsbook, so I highly recommend you take the time to check those out before the first pitch of the season.

There are three handicapping questions specifically that I want to focus on here, but more of them are out there for sure. These are just the three that have been most pressing in my mind and it usually helps for me to punch away at the keys to organize my thoughts.

How does the baseball play?

Is the ball juiced? Is it dead? Is it somewhere in between? The Summer Camp games have been stone cold over bets, as most teams have played Home Run Derby in their exhibition games leading up to the season. Is this a commentary on the baseballs that will be in use? Is this about pitchers not being up to snuff with their command?

The fact of the matter is that I don’t know. I’m not sure anybody totally does. I watched Pirates at Indians on Monday night and it sure looked like the balls had quite a bit of extra carry to them. Pop ups just kept going. Balls that were well-struck became no-doubters. Josh Bell hit an oppo home run that he made contact with on the back half of the plate with a rather ugly swing.

There seems to be a lot of anecdotal evidence about the ball being juiced. Guys that usually don’t hit for a lot of power are hitting mammoth dingers in Summer Camp and intrasquad games. Take a look around Twitter at night and you’ll see examples of balls that look juiced.

Maybe pitchers just aren’t throwing enough good pitches. Generally speaking, starters get 30-40 innings in Spring Training to get revved up for the season. Everybody reported around July 4 to these modified Summer Camps, so a lot of pitchers are probably still trying to get a feel for everything. For example, Mike Foltynewicz didn’t throw a single fastball in his final outing this week according to Statcast. He threw 38 sliders and 31 curveballs. He was not at all effective, but he was working on things.

We have nothing else to really talk about, so each and every little development will get beaten to death. Any time a pitcher struggles, it will be news. Be careful not to overreact to what you’ve just seen, but also understand that all of these guys are going to be finding their way in some form early in this process.

What happens with the universal DH?

Last season, AL teams scored 4.88 runs per game and NL teams scored 4.78 runs per game. It makes sense that the AL would have a little bit higher scoring of a run environment than the NL because pitchers don’t bat in the American League. I didn’t take the time to parse interleague play from those full-season averages, but the fact of the matter is that the AL had an extra hitter in the lineup every time through and the NL didn’t.

With that being said, the difference was only 251 runs between the two leagues. Now the NL has the DH. You can make a case, all things equal with the lineup, that the NL is the higher-scoring of the two leagues based on the fact that pitchers took up 4,770 plate appearances and posted an abysmal .131/.161/.168 slash line.

NL pitchers accounted for 5.12% of the plate appearances, but 9.6% of the strikeouts across NL games last season. Designated hitters are going to be a much bigger part of the equation now and will not strike out nearly as much and be far more productive.

My guess here is that even though pitchers will no longer be lifted for pinch hitters, they are still not going to work as deep into games facing an extra hitter each time through the lineup.

It will also be interesting to see how managers handle this in the NL. Managerial tendencies are going to play a huge role across the board because each game is magnified in importance, so we will likely see a lot of quick hooks for starters and a lot more relief innings than we are accustomed to because there is incentive to win every single game.

The strain placed on bullpens this season will be excessive. It will be a primary focus in each and every handicap.

Totals will be adjusted up in the NL as a result of the extra hitter. Maybe the adjustments will be a bit too high, but we’ll have to see how it plays out.

The thing about 60 games instead of 162 is that it brings a lot of possibilities into play. The only teams I would definitively write off in this format are the Orioles, Tigers, Royals, Mariners, Pirates, and Giants. Even the Marlins, Rangers, Rockies, and Blue Jays are interesting to varying degrees.

Each team goes into this format thinking that it has a chance. Smaller sample sizes are open to more variance. Injury and illness will play big roles. There are a lot of ways in which the playing field can be leveled.

With the bad and below average teams, they have hope. They have hope that they really wouldn’t have had otherwise.

With the good and above average teams, they have more urgency. Going through the motions for 60 games to win 100 games anyway is no longer an option. The margin for error is essentially zero. You have to win when you are supposed to, protect leads until the very end, and steal some games here and there. Most of all, you have to be fully engaged from the start.

Do we see teams that get off to bad starts pack it in? Do we see teams show up day in and day out with their best efforts? Do we see individual players opt out of the rest of the season from a nagging injury or another health concern? Do the players whose wives and girlfriends are pregnant step away for good after the kid(s) are born? Do players that get hurt early try hard to come back and contribute at the end?

Do we see teams opt to give minor leaguers a look because there will be no development at that level this season? Do prospects suddenly go from the taxi squad to the top of the order for a team going nowhere? Does a huge win over a division rival lead to a letdown playing an interleague game the next day?

On a day-by-day basis, we’ll have some of these things to think about. Will a team bounce back from a particularly devastating loss? Remember, each game in this format is worth three games in a regular format. A walk-off loss feels like a sweep. A walk-off win feels like a cause for celebration.

Maybe I’m guilty of attempting to fall into more of a psychiatrist role than a handicapping role with things like situational spots and some of the above examples. Maybe it needs to exclusively be about the numbers and the matchups and how the teams stack up. Maybe those grey areas need to be pushed to the side, perhaps more than ever, but that seems like the wrong way to approach it with this hurried format.

Anybody that tells you they are going into this season with utmost confidence in their handicapping is a really good liar. Pitching changes are going to swing lines, models, projections, and outlooks. Openers and piggybacks lead to uncertainty. And we haven’t even touched on the new three-batter rule.

The goal is going to be to be in a great position to win the bets day after day. Teams that had a lead after five innings last season converted those games into wins 84% of the time. That will be my focus. I’m looking to be in a position to win. If I don’t because bullpens are a mess and dudes are overworked or variance happens, it is what it is.

Maybe team totals and derivatives are the way to go. Maybe more starting pitchers struggle in the first inning.

Maybe this. Maybe that. If this. If that. This is uncharted territory for everybody from the hitters to the pitchers and the sportsbooks to the bettors.

All I know is that I’m ready to see baseball again.