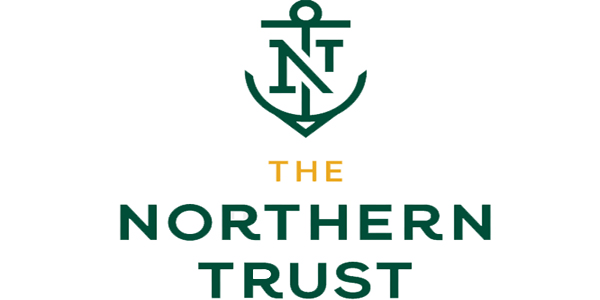 The top 125 in the FedEx Cup Playoffs are eligible for this event, but not all of them will play. The field will be cut down to 70 for next week’s BMW Championship and then 30 for the TOUR Championship at the end of the season. Surprisingly, all 125 players have committed to this event, so nobody, barring a withdrawal, will sit out in anticipation of going to Medinah next week for the BMW Championship.

We’ll pull the odds from MyBookie Sportsbook and list the entire field down below the body of the article. We’ll cite odds on the players as we go throughout the handicap of the event.

Bryson DeChambeau and Justin Thomas opened up as co-favorites at MyBookie at +1200. Rory McIlroy and Jon Rahm were co-second favorites at +1400. Dustin Johnson was +1600 and Xander Schauffele and Collin Morikawa both checked in at +2000. There aren’t many notable players missing from the field, even though there are some guys that are not necessarily worried about accumulating points.

The fact that 2,000 FedEx Cup points go to the winner should be incentive enough, given that a $10 million prize is waiting at the end of the TOUR Championship. Guys like Jason Day, Webb Simpson, and Brooks Koepka are all at +2500 and Patrick Reed and Tony Finau are +2800.

With no players opting out and no withdrawals, at least to this point, this is obviously a who’s who type of field for this week, so all of the stars will be on hand.

Remember, if you are looking for horse for course guys, which we’ll do shortly, this course has held the Dell Technologies Championship and Deutsche Bank Championship since 2003. This is a long par 71 coming in well over 7,300 yards.

This is a course that plays different every year and the rough can certainly be penal, especially around the greens with errant approach shots. There can also be a lot of indecision here. Some holes leave players with the choice of driver or wood off the tee. That could benefit the longer hitters, seeing as how Bryson DeChambeau, Justin Thomas, Rory McIlroy, and Rickie Fowler have been the last four winners. Rory has actually won twice. Remember, this course used to hold an event that was restricted to the top 100 players. It will be the top 125 this year.

Webb Simpson did win here back in 2011. He’s in great current form with three top-10 finishes and a 12th in his last six events, but has finished outside the top 40 at TPC Boston in his last four tries. He’s +2500 with Brooks Koepka, who was 12th two years ago and 18th three years ago. Jason Day is also +2500 with four top-seven finishes in his last four starts.

Bryson DeChambeau is the reigning champ and Justin Thomas won in 2017 and was 24th two years ago. They’re the co-favorites, as mentioned earlier. Dustin Johnson, also among the short prices, has four top-10 finishes at TPC Boston since 2009.

Some other horse for course angles at bigger prices include Justin Rose at +5000. He was runner-up two years ago and 10th in 2018. He also finished ninth two weeks ago before missing the cut last week.

Xander Schauffele did not play last week’s Wyndham Championship, but he’s finished 10th, sixth, 13th, and 14th in his last four events. The price tag keeps dwindling at 20/1, but he’s definitely on the cusp of getting a huge win soon. It might be tough to play him this week because he hasn’t gotten over that hump and this is a top-notch field, but his recent form is as good as anyone’s.

How about Kevin Kisner this week at +6600? Kisner was third last week at the Wyndham Championship. He rolled it well. He was tied for 10th in SG: Tee-to-Green and sixth in SG: Approach. He was in the top 20 two weeks ago at the PGA Championship, coming in 14th in SG: Approach per DataGolf. He is consistently one of the better putters on the PGA Tour, but he’s also played well with the irons, so he could be a good fit for any setup on this course.

Casey looks to be worth a play at +4500 as well. He was second in SG: T2G at the PGA Championship and really struck the irons well on approach. He didn’t do anything notably well last week at the Wyndham, but finished T-31st. He certainly appeared to make adjustments after a poor showing at TPC Southwind. If course form matters here this weekend, he’s played really well at TPC Boston.

It would be hard to leave Collin Morikawa off the card this week, even at just 20/1. Morikawa has won two of the last four events he has played and can lay claim to being the best iron player on the PGA Tour. He’s never started here, but he paired his elite iron play with the lead in SG: Putting at the PGA Championship. Even when he doesn’t play at his best, like the WGC-FedEx St. Jude Invitational, he still tied for 20th, despite being a minor negative in SG: ARG.

Daniel Berger is also very interesting at +3300. He’s a great ball striker and he’s got a win, a second, and a third to go along with a 13th in his five events since the restart. Berger’s best finish at TPC Boston was 12th in his first start, but he’s a guy that has the opportunity to win anywhere. He was sixth in SG: T2G at the PGA Championship and eighth in the WGC-FedEx St. Jude Invitational.

One more long-ish price is Scottie Scheffler at +6000. Scheffler skipped last week at the Wyndham, but was fourth at the PGA, 15th at the St. Jude, and 22nd at the Memorial. Something happened with his game between the Memorial and Workday Charity Open and he’s looked great in SG: T2G in his last several events.

It is really hard to take long shots in fields this exceptional because a lot of great players have to falter or not be great enough for the long shots to sneak in there. Kisner at 66/1 or Scheffler at 60/1 may be as low as you want to go. Jim Herman last week was very much the exception and not the norm.

I may regret it, but I’m going to take Collin Morikawa at +2000 instead of Xander Schauffele. Daniel Berger at +3300 is too good to pass up with his recent form. Kevin Kisner at +6600 and Paul Casey at +4500 also makes the card. Scheffler’s putting concerns are just enough to keep him off the card.

Coverage of The Northern Trust will be on Golf Channel and CBS throughout the event.