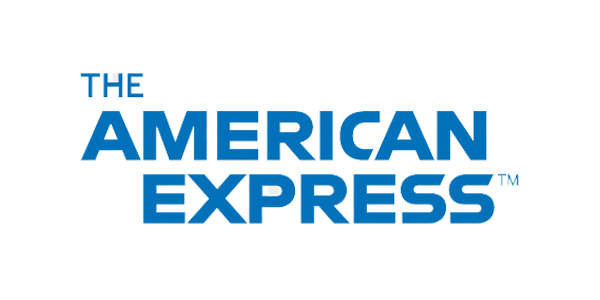 After a double dose of events in Hawaii, the PGA Tour will head to California for the The American Express at PGA West. More commonly known as the Bob Hope Classic, this event has been in existence since 1960. Amex got the sponsorship naming rights prior to last year’s event, which was won by Andrew Landry in the fourth year at PGA West.

Two courses are in play this week to accommodate the 156-player field. The Stadium Course at PGA West will be the final round course and players will alternate between that and the Nicklaus Tournament Course. This year’s event will not feature La Quinta Country Club for the first time since 2009, as only two courses will be in use.

There is no pro-am, so the third course isn’t totally necessary. The cut will be after 36 holes like a regular tournament instead of 54 holes. This is a little bit different of a handicap this year.

We’ll list the odds for all of the players from MyBookie Sportsbook after the body of the article, but run through a preview of the event and some picks for The American Express.

This is a huge field for The American Express. The field typically consists of 156 players, but there are 154 listed at MyBookie. There could be a couple stragglers or maybe we won’t get a completely full-field event. Generally there is a pro-am component, but not this year with the COVID-19 pandemic, which is why we’re down to two courses for the event.

Jon Rahm was the clear favorite at +650, the only player in single digits, but he withdrew early Monday. Guys like Dustin Johnson, Bryson DeChambeau, Rory McIlroy, and Justin Thomas are not in the field, so next on the board is Patrick Cantlay at +1600. Brooks Koepka and Patrick Reed follow at +1800. There are a lot of good, young players in the next crop like Scottie Scheffler, Matthew Wolff, and Sungjae Im all at +2200 along with Tony Finau.

This is a solid field, but it won’t be confused with a major field or anything like what we may see going forward at places like Torrey Pines or once the Florida swing begins in March.

Two courses are in the spotlight here. The par 72 Stadium Course is the shorter of the two at just over 7,100. The Nicklaus Tournament Course is also a par 72 coming in around 7,150 yards. As far as the Stadium Course goes, the closest comparables per DataGolf.com are Trump National Doral and the South Course at Torrey Pines. Both Torrey and Doral require more driving distance, but the Stadium Course requires a little more accuracy. The three courses are very comparable in terms of the importance of putting and approach.

Royal Portrush and Trinity Forest are also very close comps and the Pete Dye design is said to be modeled after TPC Sawgrass. In other words, this course doesn’t really throw anything at players that they don’t normally see. The par 4s were very gettable for the players last year on the Stadium Course and all of the par 5s played to a scoring average under par.

GET A WELCOME BONUS AND BET GOLF AT MYBOOKIE SPORTSBOOK

Our Horse for Course section looks at how players have done recently at this event. We have five years of data because PGA West has been used since then. The Stadium Course made a cameo appearance in 1987, but took over full-time in 2016.

The past five winners are all on hand. Andrew Landry, Adam Long, Jon Rahm, Hudson Swafford, and Jason Dufner make up that list. Landry was also runner-up in 2018. Adam Hadwin is a two-time runner-up in 2017 and 2019. Maybe he’ll keep that odd-numbered year trend going, but win this time at +6600.

Rahm was sixth in 2019 and didn’t play this tournament last year. Rahm, Sean O’Hair, Landry, Hadwin, and Phil Mickelson are the only players with at least two top-10 finishes in the last five years at this event. Hadwin actually hasn’t finished lower than sixth. He did not play this tournament last year because his wife gave birth. Hadwin’s price would be shorter, but he missed three straight cuts to end 2020 and also finished 63rd at the ZOZO Championship.

You want a well-rounded game here. A guy like Hadwin doesn’t excel in any one area, but is above average across the map. Those are the types of guys that are generally good guys to back, but especially this week. These courses aren’t hard, but excelling in one area while struggling in others will be a detriment.

I really think this is a good spot for Scottie Scheffler. His iron play hasn’t been great since the new season started, but he was 33rd in SG: Approach last season. His putting was average or so, but he was great off the tee and tee-to-green. Scheffler was third here last year and 13th a couple weeks ago shaking off the rust in the Tournament of Champions. He did not play in the Sony Open, opting to come back to the Continental US. It is tough to start with such a short 22/1 price, but Scheffler’s a terrific player and a good bet here.

Another player on the list this week is Russell Henley at +4500. Henley is fifth on the young year in SG: Tee-to-Green and has been on the plus side in the putting department over his 23 measured rounds. Henley has been a top-10 iron player to this point. He played well last week in Hawaii finishing 11th. He has not played well in this event, but has four top-30 finishes in his last five starts.

I think we’ll stick with a small card this week and see what prop and matchup options pop up throughout the week.

Golf Channel and CBS will have coverage of this one throughout the tournament.