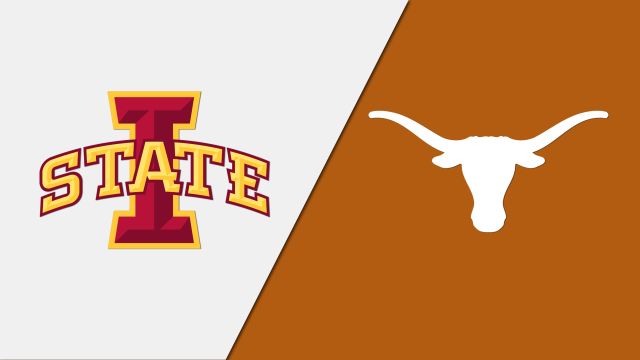 Week 10 of the 2021 college football season brings plenty of interesting markets to choose from, so we’re taking a closer look at Saturday’s Big 12 Conference showdown from Jack Trice Stadium in Ames, Iowa, to get you the best Texas vs. Iowa State betting pick and odds.

The Longhorns are listed as 6.5-point road underdogs on BetDSI Sportsbook. The Cyclones are firm -240 moneyline favorites, while the totals sit at 60.5 points. Interestingly, the previous six encounters between these two schools have gone in the under.

In the first year under Steve Sarkisian, the Longhorns are struggling mightily to defend. They are 92nd in the nation in scoring defense (29.8), 118th in rushing yards allowed (206.9), and 65th in passing yards allowed per game (227.4).

On the other side of the ball, Texas is tallying 39.4 points per game (tied-10th in the nation). The Longhorns’ offense ranks 19th in rushing yards per contest (214.0), while junior QB Casey Thompson has tossed for 1,554 yards, 17 touchdowns, and six interceptions so far this season.

The Iowa State Cyclones (5-3; 3-5 ATS) put an end to their three-game winning streak last Saturday. They lost at the West Virginia Mountaineers 38-31 as 7.5-point road favorites only a week after a 24-21 home victory over No. 8 Oklahoma State.

The Cyclones blew a seven-point lead in Week 9, surrendering 14 unanswered points in the fourth quarter. They allowed the Mountaineers to rack up 492 all-purpose yards and 28 1st downs. Now, the Cyclones are 23rd in the country in scoring defense (19.6) and fifth in total yards allowed per contest (291.9).

The Cyclones’ defense looks to bounce back from that poor performance at West Virginia. They’ll have a difficult task to slow down the Longhorns, but I highly doubt Texas’ chances to take care of Iowa State’s offense. While the Cyclones surrender only 3.1 yards per rush, the Longhorns allow 5.3.

The Longhorns have scored 24 points in each of their previous two outings. If they want to upset the odds at Iowa State, the Longhorns will have to surpass that 24-point mark because it’s hard to imagine their defense holding the Cyclones below 30 points.

Texas has allowed 27 or more points in five straight games at any location. The over is 5-2 in the Longhorns’ last seven outings on the road, and it is 4-1 in the Cyclones’ last five games overall, so we might get the over in the Texas vs. Iowa State matchup for the first time since 2014. Last year, Iowa State beat Texas 23-20 as a 1.5-point road dog with a total of 57.5 points.