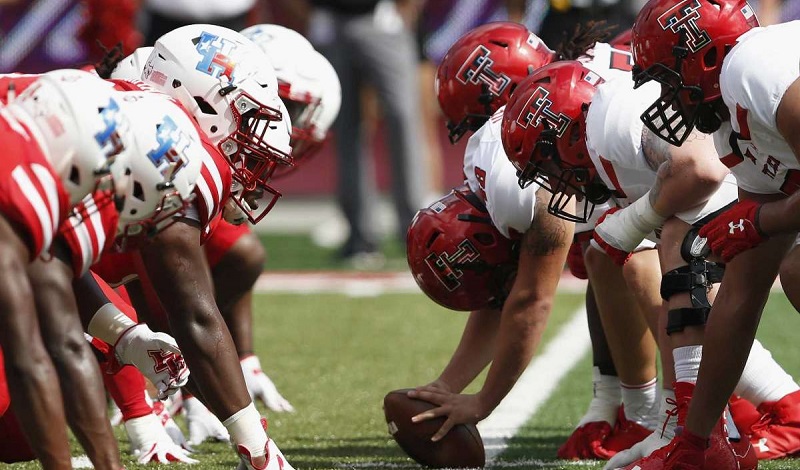 A Chance to Set the Tone

Texas Tech has a real opportunity to build some momentum early on. After facing Houston, they take on S.F. Austin, and then Florida international. They then open the Big 12 season against No. 21 Texas. There are only three ranked teams on the schedule, and with what should be opportunities to defeat teams like Kansas, Kansas State, and Baylor, the Red Raiders have a golden opportunity to reach the 6-6 mark.

There could be some challenges there, however. They only have one quarterback on the active roster who has actually taken a snap in a Red Raiders uniform, but Utah State transfer Henry Colombi has the skill set to be a star. He threw for 1065 yards and eight touchdowns last season, completing 65.7% of his passes. He should fit very nicely into an offense that likes to throw the ball a lot. They also have Oregon transfer Tyler Shough, who completed 63.5% of his passes for 13 touchdowns last season.

Texas Tech realized they had some serious issues on defense and did not have the personnel to improve on last year’s performance. So, they went out and made recruiting and the transfer portal a big focus. That led to 11 power five transfers onto the roster. They have brought in several key players, especially at the linebacker position, and this will be the key to the team’s success. Eric Monroe, a transfer from LSU, and Marquis Waters, a transfer from Duke, will both be expected to be major contributors for this team.

Cougars Look to Scratch Out Wins

After opening the season 2-1, the Cougars lost four of their next five games. They have an opportunity to put that season in the rearview mirror quickly, as there are no top 25 teams on their schedule and only Navy, potentially SMU, Temple, and South Florida pose a serious threat to an eight- or nine-win season.

How successful this team is will be dependent on quarterback Clayton Tune. Tune has the skill set. He can run and he has an accurate arm. One challenge is that he likes to throw the ball into areas where he would be best to either pull the ball in and run or simply take the sack. The good thing is that Tune has an outstanding corps of receivers, which should make this an exciting offense.

The Houston defense has a chance to be pretty good. Middle linebacker Donovan Mutin returns after suffering an injury three games into last year’s campaign. They also have Deontay Anderson moving from the safety to the linebacker position, and this should be the heart of this defense. Adding Iowa State transfer Latrell Bankston should be a big boost to the defensive line.

This has the makings of an exciting game. Even with some question marks at the quarterback position for Texas Tech, they have some real talent there that should help to make this offense very exciting. Both teams have great weapons at the receiving corps, so no one should be surprised to see 80+ passes in this contest.

The key to this game is going to be which defense can play a little bit better than the other. I expect to see a lot of points scored, so the defense that comes up with that one additional stop or the one turnover is going to be the team that wins. That will be Houston.

I think this total goes way over the number set by oddsmakers. In fact, I would not be surprised to see 70+ points scored in this contest. In fact, I am betting on it. This game is going over, way over.

Claim Your 125% Bonus at BetUS