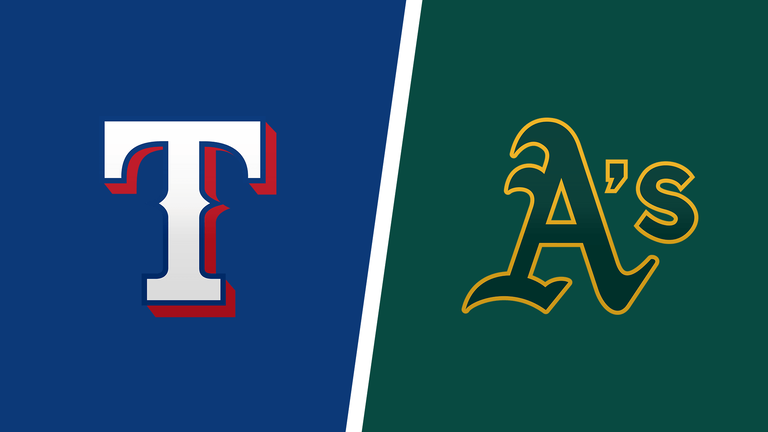 The Texas Rangers and Oakland Athletics continue their American League West regular-season series with a three-game set at Oakland Coliseum, so we’ve prepared the best Rangers vs. A’s betting pick for the opening contest Friday, August 6, with the first pitch at 9:40 PM ET.

The Rangers and A’s split their first ten encounters of the season, while Oakland is 12-8 in its last 20 games against Texas. The Athletics are firm -210 favorites for Friday’s showdown, while the Rangers are listed as +192 road dogs with a total of 8.0 runs on BetDSI Sportsbook.

Texas has been awful since the All-Star

The Texas Rangers are coming off a four-game home series against the Los Angeles Angels, and after a 4-1 victory in the opener, they’ve suffered two straight losses to the Halos, 11-3 and 2-1. Thursday’s closer has been excluded from the analysis (Texas trailed 5-0 in the top of the sixth), but the Rangers remain the worst team in the AL West anyway.

Since the All-Star break, the Rangers have dropped 14 of their 18 contests overall. They’ve scored only 44 runs in the process while posting a horrible .179/.243/.304 slash line. On the other side of the ball, the Rangers have recorded the highest ERA in baseball since July 16 (6.04).

Mike Foltynewicz will take the hill Friday against the A’s, and the 29-year-old righty has been awful all season long. Folty is 2-10 with a 6.00 ERA and 1.35 WHIP in 21 starts this term, and over his previous three appearances, Mike has yielded a whopping 17 earned runs across 10.2 innings of work.

Interestingly, Foltynewicz is 1-0 in three starts against Oakland in 2021. He’s allowed seven earned runs on 15 hits (five homers) to the Athletics while posting a 17/7 K/BB ratio across 19.1 innings of work.

Oakland hopes to take advantage of the hapless Rangers

The Oakland Athletics improved to 61-48 on the season following a 5-4 home victory over the San Diego Padres in ten innings this past Wednesday. It was their fifth win in the last seven outings, as the A’s overcame a 3-1 deficit to split a two-game interleague series against one of the best teams in the majors.

Oakland still holds the second spot in the AL West, three games ahead of Seattle and four and a half behind Houston. The A’s are second in the wild-card race, too, just a couple of games ahead of the Yankees.

The Athletics are 9-8 since the All-Star break, scoring 67 runs in the process and slashing .236/.315/.383. They’ve registered the second-lowest ERA in the majors over the last three weeks (3.07), while Chris Bassitt will toe the slab Friday against Texas.

Bassitt is 11-3 with a nice 3.28 ERA and 1.06 WHIP in 22 starts this season. He’s struggled a bit in July, recording a 4.15 ERA in five starts and allowing a .246 batting average to his opponents, but Bassitt has been exceptional last timeout, firing seven scoreless innings in a 2-0 win at the Angels.

Chris Bassitt has owned the Rangers so far this season, earning a win in each of their three dates. The 32-year-old right-hander has yielded only a couple of earned runs in the process (21 frames of work) while posting a 14/5 K/BB ratio.

I’m expecting the A’s to dominate this clash on the mound. Their bullpen has registered a 3.44 ERA over the last couple of weeks. Also, this is a great opportunity for the Athletics’ bats to finally break out of their slump.

I would stick with the hosts to win, although the odds are not attractive. The totals might be a tricky wager, especially because of the Rangers’ woes on both sides of the ball. The visitors could easily score just one or two runs here, while their pitching will probably have some difficult time even against the struggling Athletics’ lineup.

On the other side, the A’s pitching is working well, and if Chris Bassitt continues to dominate the Rangers, we’ll get a low-scoring affair. Five of the previous eight contests between the Rangers and Athletics went in the under.

Rangers vs Athletics Total: Under 8