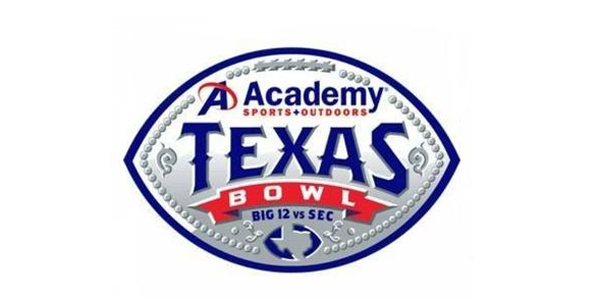 Sometimes bowl games offer the opportunity to put together teams that don’t customarily play each other for the sake of creating a great geographical matchup. There is no question that the Oklahoma State Cowboys and Texas A&M Aggies utilize many of the same recruiting territories, but they play in different conferences – A&M in the SEC and OSU in the Big 12. But they were once yearly rivals in the Big 12.

Now they will meet in the Texas Bowl, which has been with us since 2006. Texas A&M has been in this bowl twice before, while OSU is making the trip for the first time.

Kickoff is slated for 6:45 PM ET on Friday (December 27) at NRG Stadium in Houston.

This would appear to give Texas A&M something of a home field edge, and that may be reflected in the odds that are posted on this game from the folks at BetAnySports:

OSU (8-4 SU, 9-3 ATS) lost to talented teams like Texas, Baylor and Oklahoma (in the ‘Bedlam’ game), with the big hiccup coming in Lubbock against Texas Tech (losing 45-35). They beat Kansas State and Iowa State, who have lurked around in the Top 25. The Cowboys currently occupy the #25 position in the Associated Press poll.

The offense is built around redshirt sophomore Chuba Hubbard, and if you’re going to build it around any running back, he might as well be the guy. Hubbard is a native of Edmonton who played Canadian high school football for three years, rushing for 6880 yards with a 15-yard per carry average. He was also a track star, yet he came somewhat unheralded to the Stillwater campus.

He’s not leaving that way. In fact, he’s run for 1936 yards and 21 touchdowns, and feels a bit slighted to have been beaten out by Jonathan Taylor of Wisconsin for the Doak Walker Award. Only Barry Sanders has rushed for more yards in one season in an OSU uniform.

The big question for Cowboys’ followers is whether he’s leaving school after this game or sticking around for another season. Head coach Mike Gundy believes he’s going to play for him next season.

He also thinks there’s a possibility that quarterback Spencer Sanders might be able to play. Sanders had thumb surgery in mid-November, but he is about to be cleared and may be able to participate in some practices, at which time a decision will be made. Sanders completed about 63% of his throws with an 8.4-yard per attempt average and 16 TD’s. He is also a rushing threat (625 yards). While he was out, Hawaii transfer Dru Brown filled in and completed 72% with five TD’s. So they won’t be hurting either way.

Stopping other teams presents a problem, as OSU is 86th overall in defense, allowing opponents to convert almost 39% on third down.

“I think they’re the best 7-5 team in the history of the NCAA, in my opinion,” is how Gundy described Texas A&M, which has lost to five top ten teams, three of whom (LSU, Clemson, Georgia) were #1 in the nation when they played them. While they were competitive with Auburn (28-20), Clemson (24-10) and Georgia (19-13), they were blown out by LSU (50-7). So maybe there’s some hyperbole there. Aggies coach Jimbo Fisher channeled Bill Parcells as he said. “you are what your record is.”

A&M (7-5 SU & ATS) allows 129 rushing yards a game (four yards a carry), which places them 29th best in rushing defense – higher than any Big 12 unit – so maybe they have the capacity to prevent things from getting TOO far out of hand against Hubbard. And it should be noted that the better front sevens in the Big 12 – all of whom ranked outside the top 30 – kept him under relative control.

Aggie QB Kellen Mond didn’t fold up against the better teams he played – except against LSU (10-30, 92 yards, 3 INT’s). So at least that’s one thing we can say about him. However, this was not a team that protected all that well (33 sacks allowed).

Sure, Hubbard may not run wild here. But he’s not been held below 100 yards by any FBS team. And who knows – with that Doak Walker snub, he may have some extra incentive. OSU can hang in there, even if Brown has to play quarterback. Sanders could provide an additional run threat. And keep in mind that Gundy has beaten nationally-ranked teams (Colorado, Virginia Tech, Missouri) the last three seasons in bowl games – two of those as an underdog. So we’re taking the points.

BetAnySports makes every bowl game special! Reduced juice gives you a better deal on the odds, as you can avoid laying the customary -110 (check the website for details), and once the game has started, you can place real-time wagers with options like Sports Betting Ultra and Live Betting Extra.…… You can open up an account using a debit card or credit card, person-to-person transfers or the virtual currency of Bitcoin, which is headache-free with their automated system, and for which they NEVER charge a transaction fee!

Sign up for an account through this site and use the bonus code of BTB50 and it will be good for a 50% Welcome Bonus up to a $1,000 Deposit!