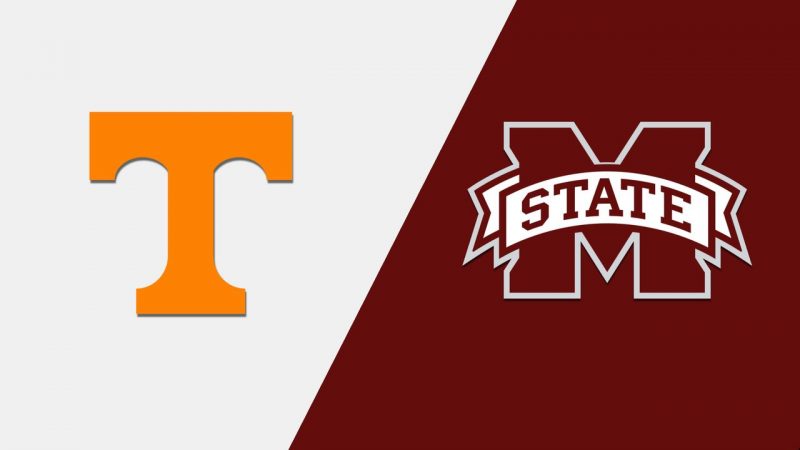 The college basketball betting action continues Wednesday, February 9, so we are taking a closer look at the Southeastern Conference battle from Humphrey Coliseum in Starkville, Mississippi, to get you the best Tennessee vs. Mississippi State betting pick and odds.

The Volunteers and Bulldogs lock horns for the first time this season. No. 19 Tennessee has dominated Mississippi State over the last ten years, winning 11 of their previous 14 encounters. The Vols are small 1.5-point road favorites for Wednesday’s contest, while the totals sit at 135.5 points on BetOnline Sportsbook.

The Tennessee Volunteers (16-6; 13-9 ATS) are coming off a comfortable 81-57 victory at South Carolina this past Saturday. Playing as 7.5-point road favorites, the Vols dismantled the Gamecocks on the back of another strong defensive performance.

Tennessee (7-3 Conf.) held South Carolina to only 31.5% shooting from the field and 26.3% from beyond the 3-point line. On the other side of the ball, the Vols went 14-for-27 from beyond the arc, while junior guard Josiah-Jordan James led the way with 20 points, six rebounds, three steals, and three blocks.

The Mississippi State Bulldogs (14-8; 12-10 ATS) returned to the losing track last Saturday, suffering a 63-55 defeat at the Arkansas Razorbacks. It was their third loss in the last four outings at any location, as the Bulldogs fell to 5-4 in the conference play.

Mississippi State failed to cover a 6-point spread at Arkansas. The Bulldogs shot only 35.3% from the field and 25.0% from downtown. Junior guard Iverson Molinar (18.2 PPG, 4.0 APG) had another good game and led the way for the Bulldogs with 18 points, while senior F Garrison Brooks posted a 12-point, 11-rebound double-double.

The Volunteers are a better defensive team than the Bulldogs, who’ll lean on forwards Garrison Brooks and Tolu Smith to make the difference. Tennessee lacks height, but the Vols love to play aggressive defense. Their backcourt will be all over Iverson Molinar, so I lean the visitors to win and cover a small spread.

We should see a tight contest between a couple of talented teams, and I would be surprised if anyone wins it comfortably. The Bulldogs have covered in each of their last five outings at home, while the Vols are 5-2 ATS in their previous seven showings on the road.

The Bulldogs need to take good care of the ball and execute their offense well in order to beat the Vols’ stout defense. The over is 9-2 in Mississippi State’s last 11 contests, but the under has hit in five of the previous seven meetings between the Bulldogs and Vols.