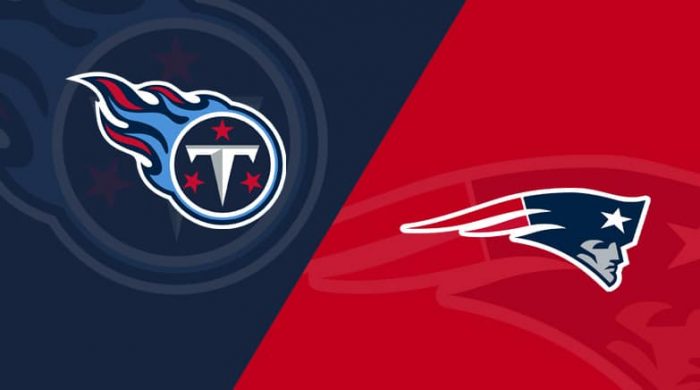 Week 12 of the 2021 NFL season brings the marquee matchup between the 8-3 Tennessee Titans and the 7-4 New England Patriots, so we have prepared the best betting pick and odds for this AFC showdown at Gillette Stadium in Foxboro.

According to BetOnline Sportsbook, the Patriots are firm 6.5-point home favorites, while the Titans are +245 moneyline underdogs with a total of 44.0 points. New England is 7-2 SU and 6-3 ATS in its last nine meetings with Tennessee, but the Titans have emerged victorious in their previous two dates with the Pats.

The Titans laid an egg in Week 11

The Tennessee Titans (8-3; 7-4 ATS) put an end to their six-game winning streak last Sunday. They suffered a surprising 22-13 loss to the lowly Houston Texans, playing as huge 10-point home favorites.

Ryan Tannehill had a horrible game last weekend, going 35-of-52 for 323 yards, a TD, and a whopping four interceptions. The Titans gained 420 total yards and surrendered only 190 in a return, but it wasn’t enough against the Texans’ awakened defense.

A.J. Brown suffered a chest injury against the Texans, and he’s questionable to play at Gillette Stadium this Sunday. The Titans will be quite short-handed in Week 12, as CB Chris Jackson, WR Julio Jones, RB Derrick Henry, CB Caleb Farley, and edge rusher Bud Dupree are all on the injury list.

The Patriots aim for their sixth consecutive victory

The New England Patriots improved to 7-4 SU and ATS on the season following a 25-0 thrashing of the Atlanta Falcons this past Thursday. The Pats are now riding a five-game winning streak, sitting atop of the AFC East.

New England’s defense bullied Atlanta and forced four turnovers while surrendering a paltry 165 total yards and 11 1st downs. On the other side of the ball, Mac Jones went 22-of-26 for 207 yards, a TD, and an interception, while Rhamondre Stevenson had 12 carries for 69 yards.

Stevenson has been terrific over the last three weeks, leading the Patriots’ backfield with 32 rushing attempts for 231 yards and a couple of touchdowns. New England is now tallying 27.3 points per contest (6th in the NFL) on 116.3 rushing yards (14th) and 235.5 passing yards (16th).

During their recent winning streak, the Titans have pulled off a few upsets, beating Buffalo, Kansas City, and LA Rams in the process. With all their injury problems, the Titans were expected to slow down, but that home loss to the Texans was a massive upset.

Anyway, I’m expecting the Titans’ regression to continue Sunday in Foxboro. The Patriots are looking like a well-oiled machine, and their defense will be ready to rumble. New England has allowed only 13 points in the last three games, so the injury-depleted Titans will have a mountain to climb in this matchup.

The Titans’ last three games produced 44 or fewer points in total, while two of the Patriots’ previous three tilts have had 30 or fewer, so I’m expecting another low-scoring affair when they meet each other at Gillette Stadium.

The Pats boast the lowest-scoring defense in the NFL, surrendering 16.1 points per game. Their passing D ranks sixth in the league (211.5 yards per game), so Ryan Tannehill could have another bad day in the office. On the other side, the Titans allow just 97.2 rushing yards per game (4th in the league).