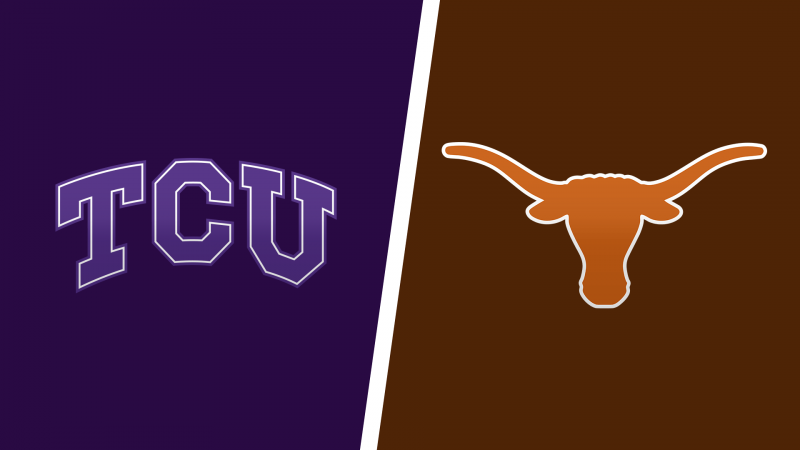 The 2021-22 college basketball season goes on Wednesday, February 23, with the Big 12 Conference battle at Frank Erwin Center in Austin, Texas, so we bring you the best TCU vs. Texas betting pick and odds.

The Horned Frogs square off against the Longhorns for the second time this term. Texas trounced TCU 73-50 as a small 2.5-point road fave on January 25. This time around, the Longhorns are firm 9-point home favorites with a total of 125.0 points on BetOnline Sportsbook.

The TCU Horned Frogs (17-8; 14-9-2 ATS) put an end to their three-game losing streak last Monday, outlasting the West Virginia Mountaineers 77-67 as 4-point home favorites. Now, the Horned Frogs are sitting at the fifth spot of the Big 12 standings with a 6-7 record, a game and a half off the fourth-seeded Texas Longhorns.

TCU outrebounded West Virginia 42-24 and posted 13 offensive rebounds. The Horned Frogs allowed only 25 points in the second half. On the other side of the ball, TCU shot 53.7% from the field, and all five starters scored in double figures. Junior forward Emanuel Miller led the way with 18 points and eight rebounds, while sophomore guard Mike Miles racked up 15 points, four rebounds, and five assists.

The Texas Longhorns (19-8; 12-15 ATS) fell to 8-6 in the conference play following a 61-55 defeat to the No. 11 Texas Tech Red Raiders this past Saturday. It was their second loss in the last three contests, as the Longhorns upset their fans, playing as 3.5-point home favorites.

We saw a great defensive battle at Frank Erwin Center. The Longhorns kept the Red Raiders to 36.5% shooting from the field and 21.4% from downtown. However, Texas made only 28.3% of its field goals and 30.8% of its treys. Senior guard Andrew Jones led the way for the Longhorns with 20 points, while another senior G Marcus Carr, who’s averaged 10.7 points and 3.4 assists per game thus far, finished with zero points, a couple of dishes, and four turnovers.

Texas has owned TCU lately. The Longhorns are 6-0 SU and ATS in their last six encounters with the Horned Frogs. They hammered TCU 73-50 a month ago, holding their rivals to 36.0% shooting from the field and 12.5% from beyond the arc. Also, Texas posted 15 offensive rebounds and allowed nine in a return.

The Longhorns should come out on top once more, but I’m expecting a much better performance from the Horned Frogs this time around. TCU is on the bubble and desperately needs to keep it close in this duel, as Texas is No. 20 in the latest AP Top 25 Poll. The Horned Frogs have enough defensive firepower to deal with Texas, but they have to control the glass and try to get some open shots.

Both TCU and Texas lean on a stout D. They also love to play at a slow pace, so I’m backing the under on the totals. While the Horned Frogs average 66.5 possessions per 40 minutes (238th in the country), the Longhorns register only 63.4 (343rd).