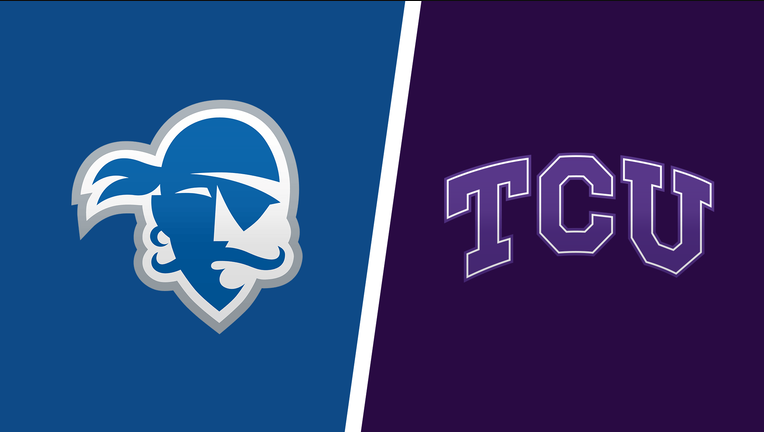 The Viejas Arena in San Diego, California, will host the Men’s Basketball Championship – South Region – 1st Round game, and here you can read the best TCU Horned Frogs vs. Seton Hall Pirates betting pick and odds. The game will tip-off at 9:57 PM ET on Friday, March 18.

According to BetDSI Sportsbook, there are no favorites in this tilt, while the total is set at 129 points. The winner of this game will face Arizona or Wright State in the second round of the NCAA Tournament.

Texas Christian didn’t impress in the conference play this season

The TCU Horned Frogs (No. 34 seed overall) earned their 9th NCAA Tournament appearance despite not playing well in the conference this year. Namely, they ended the regular season with a 20-12 record (8-10 in conference play) and after beating Texas in the quarterfinal of the Big 12 tournament, the Horned Frogs lost to Kansas.

Seton Hall stopped in the quarterfinal of the conference tourney

The Seton Hall Pirates (No. 32 seed) ended the regular season with a 21-10 record (11-8 in conference play) and entered the Big East tournament from 5th place. They needed to play in the first round; the Pirates beat Georgetown but lost to UConn in the quarterfinal. For the 14th time in the program’s history, Seton Hall will play at the NCAA Tournament.

Senior guard Jared Rhoden is carrying his team this season as he averages 15.9 ppg and 6.8 rpg. The Pirates’ second top-scorer, Bryce Aiken (14.5 ppg) suffered a concussion earlier this year and will miss the rest of the season. Seton Hall is No. 37 in the NCAA NET Rankings and No. 38 in the KenPom rankings.

Seton Hall is perhaps in better form at the moment; winning six of its previous seven games, but I think they will miss one piece to the puzzle in this game and it’s Bryce Aiken. The former Harvard Crimson sharpshooter has been in terrific form for Seton Hall before his injury midway through January this year, scoring 22+ points in each of his last three appearances.

Without him to complement Jared Rhoden on offense, I believe the Pirates will be limited against the Horned Frogs’ top 60 defense. It’s going to be a close encounter that could go either way, but I am giving a slight advantage to TCU.

Talking about Seton Hall’s limitation on offense, the Pirates failed to score more than 67 points in seven of their previous nine games. The Horned Frogs are also not impressing on offense lately, so it’s going to be surprising if the rivals produce a high-scoring affair here.