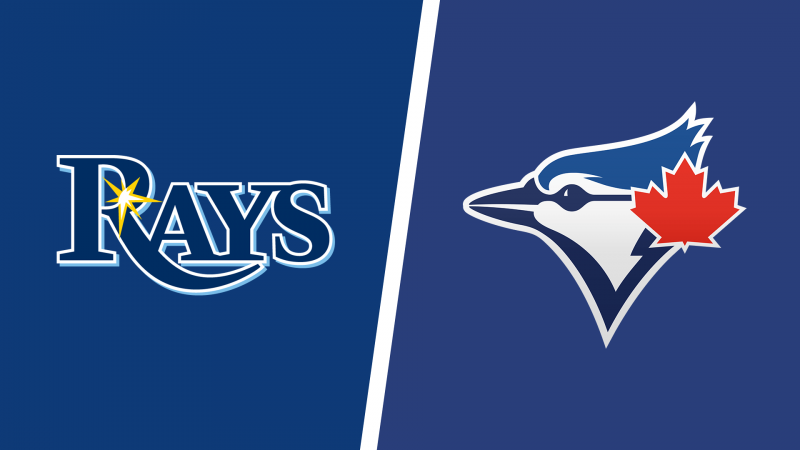 The Tampa Bay Rays head to Rogers Centre in Toronto for a three-game series against the Blue Jays, so we’re taking a closer look at the opening contest Monday, September 13, 2021, with the first pitch at 7:07 PM ET.

The Jays are slight favorites to win the opener, according to BetOnline Sportsbook. They’ve lost eight of their first 13 encounters with the Rays in 2021, but the Blue Jays have been terrific over the last two weeks and will look to stay on the right track.

The Rays lost the series in Detroit

The Tampa Bay Rays fell to 89-54 on the season following an 8-7 defeat in 11 innings at Comerica Park in Detroit this past Sunday. It was their third loss in the last four outings and sixth over the previous 11 games overall. Tampa is still comfortably topping the AL East, nine games ahead of the Blue Jays and Red Sox.

Ryan Yarbrough will take the hill Monday, and the 29-year-old left-hander is 8-1 with a 2.49 ERA in 16 career appearances against the Blue Jays. He’s met Toronto four times in 2021 (2-0 record), allowing just six earned runs across 21.2 innings of work.

Yarbrough is 8-4 with a 4.90 ERA and 1.23 WHIP in 20 starts and six relief appearances this season. The lefty has struggled mightily over his previous six showings, tallying an awful 7.00 ERA and 5.13 WHIP through 27 innings. Last Monday, Yarbrough got trounced for seven earned runs in just a couple of innings, but Tampa outlasted Boston 11-10.

The Jays destroyed the O’s

The Toronto Blue Jays are riding a three-game winning streak following a ridiculous 22-7 victory at the Baltimore Orioles last Sunday. They clinched a four-game series at Camden Yards in Baltimore and recorded their 14th victory in the last 16 games overall. The Jays were tied for the top wild card in the American League, just half a game ahead of the New York Yankees.

Manoah hasn’t been at his best lately. The righty has recorded a disappointing 6.23 ERA and 4.89 FIP in his last five starts (26 innings) while allowing a .734 OPS and .293 BABIP to his opponents. Last Wednesday, Manoah yielded three earned runs across 5.2 frames in a 6-3 victory at the Yankees and had to settle down with a no-decision.

The Rays are undefeated in Ryan Yarbrough’s last six starts even though he’s been terrible in that stretch. Hereof, I’m backing the Blue Jays to continue with their strong offensive performance, as they are slashing .310/.391/.610 in September.

Of course, the hosts will need a strong performance from their pitching staff as well. The Jays bullpen has registered a 3.79 ERA in September, while the Rays have disappointed with a 4.96 ERA.

The Rays bullpen has struggled so far this month, while the Jays’ relievers have been unpredictable all season. Both starting pitchers will have a difficult task here, so I’m backing the over on the totals. Keep in mind that the current Blue Jays have nine homers in 165 at-bats against Yarbrough, while Teoscar Hernandez and Vladimir Guerrero Jr. have combined for six of those nine dingers.

I’ve mentioned the Jays’ tremendous form at the plate, and their OPS of 1.001 is the best in the majors in September. On the other side, the Rays have been terrific, too, slashing .284/.335/.513 and scoring 58 runs through their first 11 games this month.