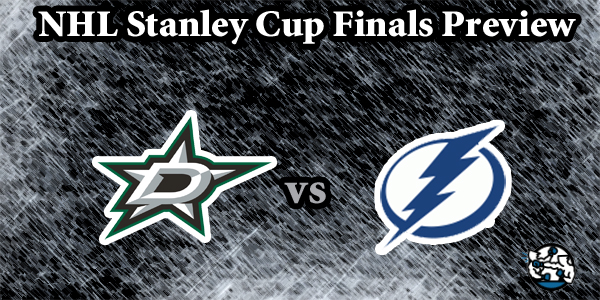 It is now more than a year since training camps began for the 2019-20 season. And after all the craziness, there are two teams standing. The Dallas Stars have woven their way through the playoffs with a backup goaltender for the most part, and were very impressive in the Western Conference finals, beating the Vegas Golden Knights four games to one. They are known as a very stingy defensive team, but have also come alive on offense in the latter rounds of the post-season. And they have been great in special teams situations.

The Tampa Bay Lightning can make an argument that they have been the best team in the NHL for two years’ running. The Bolts are o a mission, you could say; last season, after winning the Presidents’ Trophy, they were eliminated in four games by Columbus in the opening playoff round. Now they are trying to become the first team in league history to win the Stanley Cup the year after being swept in the first round. This is a team that is put together to attack, but they also have exquisite goaltending, and that is a difficult combination to beat.

For the first time in the history of the NHL, the entire Stanley Cup Final series will be played at a neutral site. And it is the first time since 1950 that any of the games in the Finals have taken place outside of either of the home cities of the two teams. Rogers Place in Edmonton, an NHL “bubble” site, is where these teams will battle it out. And both will be seeking to hoist the Cup for the second time. Dallas last won it back in 1999, while Tampa Bay, which advanced with a 4-2 series win over the New York Islanders in the Eastern finals, went all the way in 2004.

There are also back stories to talk about. In his first season on the job, Tampa Bay coach Jon Cooper relied heavily on the guidance of Rick Bowness, a pro hockey “lifer” who assumed the Dallas head coaching job in December, when Jim Montgomery was fired. And the Stars won both meetings this season in overtime.

This best-of-seven series gets underway on Saturday at 7:30 PM ET.

As for Game 1, the Lightning are favored as well:

The Bolts have the proverbial preponderance of firepower. When you talk about going on the attack, you have to start with Nikita Kucherov, who’s the leading point-getter in the playoffs thus far, with six goals and 20 assists. On his career, he has 87 post-season points. Braydon Point, who tallied 25 goals in the regular season, has 25 points in the playoffs (nine goals, 16 assists). Defenseman Victor Hedman, who won the Norris Trophy a couple of seasons ago, has nine goals in this playoff season.

The Lightning made some key personnel moves in February, bringing in Barclay Goodrow (from San Jose) and Blake Coleman (from New Jersey). Before the season, forward Pat Maroon, a noted forechecker, was also acquired. He is the only member of this team who has won the Stanley Cup (with St. Louis last year).

In even-strength situations, Tampa Bay tied for first in the NHL with 2.96 goals per 60 minutes. But perhaps the major component of their success is that they have been so good on the defensive end. Andrei Vasilevskiy is primarily responsible for that. The reigning Vezina Trophy winner (and finalist this year) is also a contender for the Conn Smythe; he has compiled a 1.82 Goals-Against average in the post-season, with a .939 save percentage, and in eight of his last nine games, he has surrendered two goals or less.

The wild card here is a possible appearance by Steven Stamkos at some point in the series. He’s been listed as “unfit” to play, due to a lower body injury. But even though he hasn’t played since February 25, the Tampa Bay captain, who scored 29 goals with 37 assists this season, has not been ruled out by coach Jon Cooper.

Dallas certainly counts on some veteran help. Before the season, the Stars acquired forwards Joe Pavelski and Corey Perry, who have 294 playoff games under their belt. And team captain Jamie Benn, who had a rough season from an offensive standpoint (just 39 points in 69 games), has eight goals and ten assists in the playoffs, reaching the net in each of his last three games.

But the veteran who has had the most impact for Dallas has been goalie Anton Khudobin, a backup who stepped in when Ben Bishop was declared “unfit” and has been a sensation. The 34-year-old had a .950 save percentage in the West final against Vegas, allowing just eight goals in five games. In the “bubble,” he has led all goaltenders in the metric of “Goals Saved Above Expected.”

Dallas has a backliner who can do some damage in 21-year-old Miko Heiskanen, who has scored 22 points in 21 post-season games. He is touted as a future Norris Trophy winner. Rookie Gurianov has chipped in nine playoff goals, and that’s been a key. Tyler Seguin, a member of the Boston Bruins team who won the Cup in 2011, is expected to be a major contributor.

But if you’re looking for great stories, look no further than Joel Kiviranta, a veteran of only eleven regular season games in the NHL, who literally came from nowhere to score a hat trick in Game 7 of the series against Colorado, then tallied the winning overtime goal in the Game 5 clincher against Vegas, after the Stars were down 2-0 in the final period.

What you have to point to if you’re giving Dallas a good chance in this series is not only the “hot goalie,” which they have in Khudobin, but also the fact that they are a pretty good defensive matchup with the Lightning, which is to say that they are extremely good at preventing what Tampa Bay wants to do, which is to get into the middle of the ice and attack. If they can push the action to the “perimeter,” look out.

We suppose it’s worth noting that Tampa Bay has not once lost two straight games in the post-season, but that’s not the strongest case we can make for them. They not only have one of the elite goaltenders in the game, but also a lot of depth in the offensive end. So they could win the matchup game when we go to the second and third lines; that is to say, if they are able to operate at a swift pace and get into position enough times to create opportunities.

And you can’t ignore the fact that Dallas was outshot 166-118 by Vegas, and that they actually have a negative goal differential in 5-vs-5 situations in the playoffs. One of the things that has propelled them is their proficiency on the power play, where they have converted 27.3% of the time. Meanwhile, Tampa Bay has actually whiffed on 14 of its last 15 chances with a man advantage. That kind of thing would have to persist for Dallas to have its best chance here. And that’s the kind of thing they may have to depend on. But don’t you think it’s more likely that things will regress to the mean?

The Lightning have the best players in this series – people like Kucherov, Hedman, Vasilevskiy. No one should underestimate their defense. There is a depth advantage. So as long as they don’t get overwhelmed with penalties, they should be able to handle this gutsy, insurgent opponent.

Explore all the possibilities for Stanley Cup Final betting at BetOnline, where you can enjoy a specifically chosen parlay every day with the Odds Booster, where the parlay payouts are “on steroids.” Remember that you can deposit in a lot of ways, including Bitcoin, and the transactions (that’s deposits AND withdrawals) couldn’t possibly happen quicker! Come on over and sign up today!