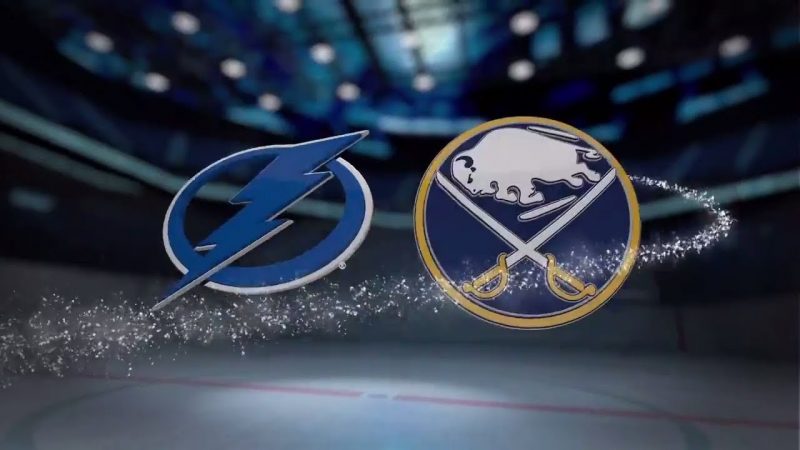 The NHL betting action goes Monday, October 24, 2021, when the two-time defending champions visit KeyBank Center in Buffalo, so we bring you the best Lightning vs. Sabres betting pick and odds.

Tampa Bay has dropped two straight games and will look to get back on the right track as a firm -204 moneyline favorite. The Sabres are listed as +183 home dogs on MyBookie Sportsbook, while the totals sit at 6.0 goals.

The Lightning’s D needs to step up

The Tampa Bay Lightning (2-2-1) are coming off a 4-3 shootout defeat to the Colorado Avalanche this past Saturday. For the second straight game, the reigning champions allowed four goals to their rivals and failed to satisfy -115 odds on the home ice.

Tampa Bay is scoring 3.00 goals per game (tied-12th in the NHL) on a 9.2 shooting percentage (tied-14th). The Lightning are yielding 4.00 goals in a return (tied-28th) while posting the 11th-best penalty-killing percentage (84.2), but the reigning champs have to do a much better defensive job in future days.

Andrei Vasilevskiy has guarded the cage in the first five games of the new season and hasn’t impressed at all, posting a 3.13 GAA and a .893 save percentage. Vasilevskiy is expected to get another starting call Monday, while Brian Elliott waits for his debut in Tampa Bay’s jersey. Elliott joined the Lightning from Philadelphia, and he was 15-9-2 with a 3.06 GAA and a .889 save percentage last regular season.

The Sabres are back on the losing track

After three consecutive wins to start the 2021-22 season, the Buffalo Sabres (3-1-1) have suffered two straight losses. They wrapped up a four-game homestand with a 4-1 defeat to the Boston Bruins last Friday and lost at the New Jersey Devils 2-1 in overtime on Saturday night.

The Sabres couldn’t take advantage of the Devils’ 13 giveaways. Dustin Tokarski posted 37 saves, but it wasn’t enough, as the Sabres took just 25 shots. Buffalo is now scoring 2.60 goals per contest (21st in the NHL) while surrendering 2.00 in a return (4th).

Craig Anderson is expected to start between the pipes Monday against Tampa Bay, and the 40-year-old veteran is 2-1-0 with a 2.01 GAA and a .933 save percentage this season. Last time out, Anderson has turned aside 22 shots in that 4-1 loss to the Bruins.

The Sabres have defeated three mediocre teams thus far, and I’m expecting to see some regression. Their defense will be properly tested in this matchup, while the Lightning must be fired up to bounce back from a couple of tough losses.

Also, this is a chance for Tampa Bay’s defense to improve its numbers. O paper, the Sabres’ offense is one of the worst in the league, so the Lightning shouldn’t have too many problems picking up a win here.

I’m looking for the Lightning’s defense to step up and make the difference, so give me the under on the totals. Hopefully, the Sabres will continue to play solid defense, though you never know what can happen against this powerful Tampa Bay offense.