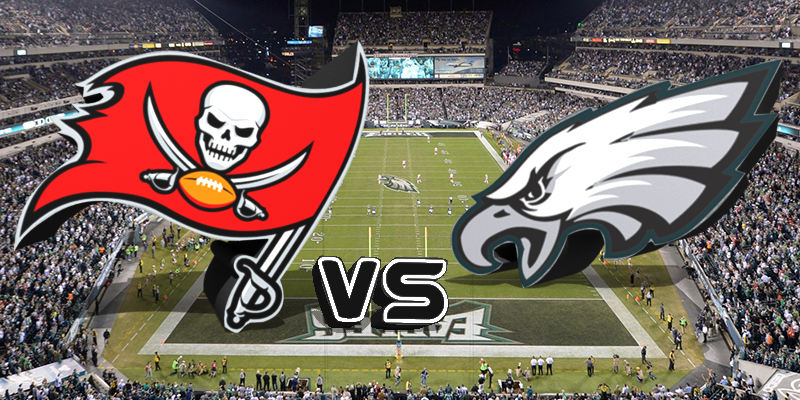 Week 6 of the 2021 NFL season kicks off with the NFC showdown on Thursday Night Football, so here’s the best Buccaneers vs. Eagles betting pick, as the reigning champions head to Lincoln Financial Field in Philadelphia.

According to MyBookie Sportsbook, the Buccaneers are firm 7-point road favorites, while the totals are listed at 51.5 points. Tampa meets Philadelphia for the first time since 2018, and the Bucs have won their last two games against the Eagles.

The Buccaneers smashed Miami for their second straight W

The Tampa Bay Buccaneers (4-1; 2-3 ATS) are coming off a convincing 45-17 home victory over the Miami Dolphins this past Sunday. Tom Brady put on a show and tossed for 411 yards and five touchdowns, while Antonio Brown had seven receptions for 124 yards and a couple of scores.

The Bucs dismantled the Dolphins, racking up a whopping 558 total yards and surrendering just 301 in a return. The reigning champs had the ball in possession for 37 minutes. They forced a pair of turnovers and held Miami to only two attempts in the red zone.

Tampa Bay is now scoring 33.4 points per game (3rd in the NFL) while yielding 24.4 in a return (20th). The Bucs have some serious injury problems on the defensive side of the ball, and they could miss LB Lavonte David, DL Patrick O’Connor, and S Antoine Winfield Jr. on Thursday. Tampa’s run D ranks first in the league, allowing just 45.8 yards per game, but the Bucs’ passing D sits bottom of the league with 314.4 yards allowed per contest.

The Philadelphia Eagles (2-3; 2-3 ATS) put an end to their three-game losing streak in Week 5. They outlasted the Carolina Panthers as 2.5-point road underdogs, 21-18, to get their second win away from home in 2021.

Jalen Hurts scored the winning TD against the Panthers and tossed to DeVonta Smith for a two-point conversion. The 23-year-old signal-caller finished with 198 passing yards and an interception, completing only 22 of his 37 passing attempts, but Hurts also had nine carries for 30 yards and a couple of touchdowns.

The Eagles allowed 41 points at Dallas in Week 3 and 42 to Kansas City in Week 4. They held Carolina to 267 total yards and picked off Sam Darnold three times. Now, the Eagles are tallying 23.0 points per game (tied-16th) while surrendering 24.8 in a return (21st).

Playing on a short week, both teams will have to deal with injuries. I’ve mentioned the Bucs’ issues, while Phila might miss both tackles in its offensive line. Also, the Eagles hope DE Derek Barnet will be ready to go.

Anyway, the reigning champs should have enough firepower to come out on top, though covering a 7-point spread might be a problem. Interestingly, the Buccaneers are 0-7 ATS in their previous seven prime-time contests.

The Eagles pass D ranks third in the league, allowing just 194.8 yards per game. However, they struggled against the Chiefs in Week 4 and yielded five scores through the air, while Tyreek Hill had 11 catches and three touchdowns. Once more, the Eagles will have to deal with an elite receiving corps.

The Eagles will have to lean on their passing game a lot, and they should move the ball frequently, considering all the injury problems in the Bucs’ secondary. Of course, the Eagles will have to deal with Tampa’s powerful O-line as well, but the hosts should find a way to score a few touchdowns.

On the other side, Phila’s defense will be properly tested, as the Bucs average 431.4 total yards per contest (3rd in the NFL. The over has hit in five of the last six encounters between the Bucs and Eagles, and I’ll ride this betting trend.