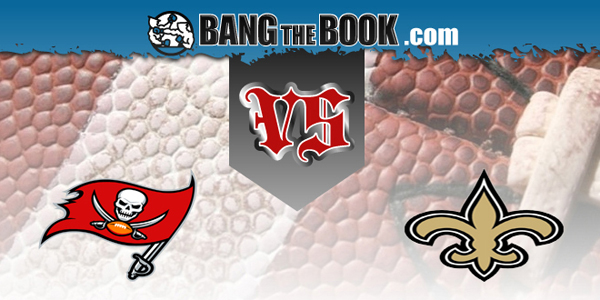 It is hard to know why we’re even playing the Buccaneers vs. Saints game in the Divisional Round. It’s been said that it’s hard to beat a team three times in the same season. So that means that Tampa Bay is advancing, right? At least that’s what the talking heads and the pearl-clutchers will tell you.

When it comes right down to it, maybe one team is just better than the other. Maybe it takes a third data point to prove that the Saints are, in fact, the better team. We’ll see what happens on Sunday night and if Drew Brees advances to the NFC Championship Game for the fourth time in his career or if Tom Brady will head to his first.

The Saints are -3 with extra juice across most of the market, including BetOnline Sportsbook. The total sits at 52 for Sunday’s “chase game” that will get a ton of action on both sides from bettors that have a position, are betting because it’s a playoff game, or because they’ve had a good or bad weekend and will try to add to their wins or recover their losses.

We’ll go ahead and start with this. The Buccaneers have beaten one playoff team this season in six tries. That was the Green Bay Packers in a game that was an outlier for both teams all the way back in mid-October. Otherwise, the Buccaneers lost to the Saints twice, the Bears, the Rams, and the Chiefs. The Rams and Chiefs games were close on the scoreboard, but not in the box score.

Los Angeles outgained Tampa Bay 413-251 in the 27-24 final and the Chiefs racked up 543 yards, but left points on the field in that 27-24 final. I guess it’s worth pointing out that Tampa Bay did beat the Washington Football Team to advance to this point, but that was a playoff team with a losing record and it was a bit of a struggle.

Many are excited about how Tom Brady has played since the Week 13 bye. Brady went into last week’s game with a 12/1 TD/INT ratio and a 69.1% completion percentage with 11.24 adjusted net yards per pass attempt in the four wins over Minnesota, Atlanta twice, and Detroit. Against a strong Washington defense, Brady kept moving forward with 381 yards on just 22 completions and a couple of touchdown passes.

Brady now faces a New Orleans defense that made life miserable for him. In two games against the Saints, Brady was sacked six times with a 2/5 TD/INT ratio. He completed 45-of-74 passes and struggled to generate any big plays. The Buccaneers offense has been a lot better since the last meeting in Week 9, but the Saints undoubtedly have a formidable defense.

New Orleans will need a better offensive performance than what we saw last week against the Bears. The Saints had 5.1 yards per play and really didn’t showcase much on offense in the game. In fairness, they didn’t really have to, as the defense had a suffocating performance and the outcome was never really in doubt.

The Saints kept Drew Brees upright last week, as he threw for 265 yards and a couple of scores. The running game for the Saints struggled to get going, but with Alvin Kamara and others fresh off of the COVID list, it was an understandably slow performance. Kamara had 99 yards on 23 attempts. The Bears seemed committed to keeping everything in front of them and to make Brees take some deep shots, but the Saints were undeterred, took what the Bears gave them, and won the game to advance.

For all the talk about the Buccaneers and their struggles with playoff teams, the Saints beat the Bucs twice, but also lost to the Packers, barely beat the Bears in overtime, and lost to the Chiefs in a game where they were badly outgained. New Orleans wound up somehow playing a weaker schedule than the Buccaneers. We can poke holes in every team and every game, but it does feel as though the Saints are getting something of a pass for their schedule and how they did with the better teams.

Defensively, the Saints do shine and have shined for a while. Opponents only averaged five yards per play during the season and New Orleans had 26 takeaways. That ranked third in the NFL. This was a top-10 defense on the third, but if there is a potential problem area, it would be in the red zone, where the Saints ranked 29th with a RZ TD% against of 68%. The difference is that the Saints offense had 18 more red zone trips than the opposition to bail the defense out in that regard.

This will be one of the most talked about games of the weekend because of all the storylines. Brady vs. Brees, who is said to be retiring after the season. Third game. Saints are 2-0 against the Buccaneers. It’s the only game featuring division rivals this weekend. Lots of talk.

The -3 line looks about right. What I don’t understand is the high total. The Saints have played some high-scoring games lately and the Buccaneers offense has put up a lot of points. These are two teams that have good defenses and good offenses, but they are very similar in a lot of ways. Big plays don’t come from the arm talent of the two QBs. They come from catch-and-run situations. Both defenses limited big plays and shouldn’t allow many here.

Under 52 is the look for me. There is a lot of familiarity here and I would expect a tight game with a lot of movement between the 20s.