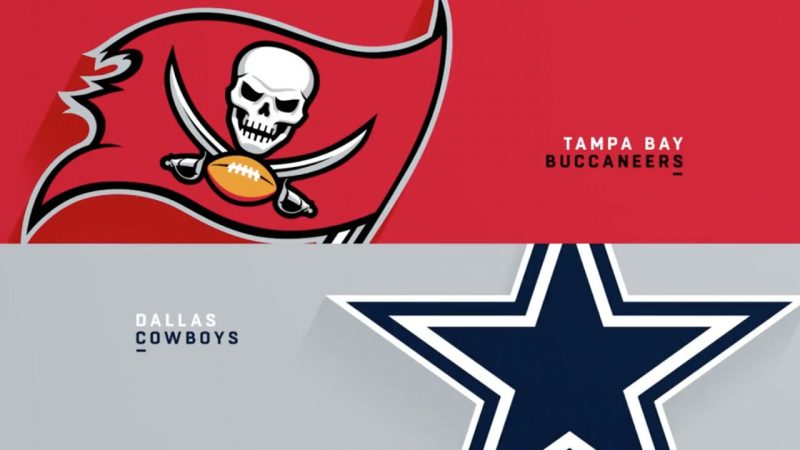 The first Sunday Night Football of the new NFL season is going to provide us with an exciting NFC clash from Arlington, Texas, so make sure you don’t miss out on the best Buccaneers vs. Cowboys betting pick and odds.

Tampa Bay and Dallas will play their first game in the new NFL season when they meet at AT&T Stadium. The Buccaneers are -2.5 favorites on BookMaker Sportsbook, while the total is set at 50.5 points. These NFC rivals also opened the last season when the Bucs secured a 31-29 win in Tampa.

Tom Brady to work with an unimpressive offensive line

The Tampa Bay Buccaneers will have a new-looking offensive line this season, but this O-Line is not as strong as the one from a year ago. Tampa lost center Ryan Jensen to a knee injury in training camp, right guard Alex Cappa moved to the Cincinnati Bengals during free agency, while left guard Ali Marpet unexpectedly decided to retire.

Brady will work with the new right guard and his old teammate from New England – Shaq Mason. Robert Hainsey will make his first NFL start at center, rookie second-round pick Luke Goedeke will serve as a left guard, while left tackle Donovan Smith and right tackle Tristan Wirfs are the old members of Tampa’s O-Line.

Julio Jones, Russell Gage, and Kyle Rudolph are new offensive weapons for Brady, and he will also have Leonard Fournette, Mike Evans, and Chris Godwin. If this new O-Line manages to keep their 45-year-old quarterback out of Micah Parsons’ hands, the Buccaneers will have a good chance to do damage here.

Cowboys to rely on defense this year

The Dallas Cowboys do have one of the most talented quarterbacks in the NFL, but Dak Prescott doesn’t have the privilege to work with star receivers like Brady. CeeDee Lamb will be Prescott’s No. 1 target through the air after the Cowboys traded Amari Cooper to the Cleveland Browns, while Michael Gallup is still recovering from an ACL injury he suffered last year.

Tight end Dalton Schultz is also a solid option for Dak, but Dallas will try with Ezekiel Elliott and Tony Pollard, who both recorded 1,000+ scrimmage yards last season, to make an impact out of the backfield. The defense will be Dallas’ primary weapon in this one, though. The 2021 Defensive Rookie of the Year Micah Parsons, who registered 13 sacks last year, and veteran DeMarcus Lawrence will keep their eye on Brady, while Trevon Diggs (11 interceptions in 2021) is going to attack Brady’s passes to the receivers.

This matchup is not very favorable for the Bucs because they will be playing with a new offensive line, while Dallas has the defense that led the NFL in takeovers last year. With Parsons, Lawrence, and Diggs ready to feature, the Bucs will find it hard to move the chains. Dallas will try to hurt the visitors on the ground, but Tampa’s run defense has been one of the best for years. Still, the Buccaneers are 1-6 ATS on Sunday Night Football, while the Cowboys are 6-0 ATS in their last six prime-time appearances. Also, Dallas won 11 of their previous 12 H2H meetings.

If run offense turns out to be ineffective, Dallas will have to try through the air and exploit Tampa Bay’s not very good secondary. The Bucs will surely use their offensive weapons such as Jones, Evans, and Goodwin, but whether Brady will have enough time in the pocket remains to be seen. I am backing Dallas’ defense to set the tempo and control the game here, and that’s why I expect an Under. Under is 5-1 in the last six H2H meetings, while Under is 4-0 in the previous four H2H duels in Dallas.