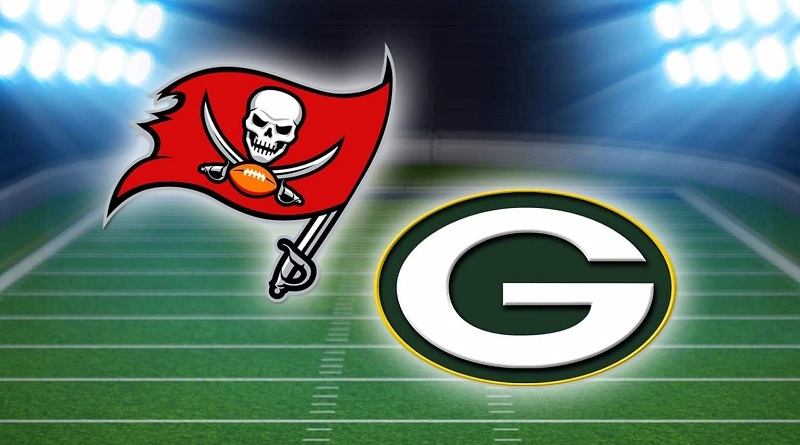 In Week 6, the Green Bay Packers went to Tampa Bay with a perfect 4-0 record, having had the bye to get ready for Tom Brady. However, the Buccaneers delivered a 38-10 shellacking of the Packers, falling down 10-0 before running off 38 straight points. That was the only game that the Packers would lose this season by more than six points.

The Buccaneers and Packers meet again in the NFC Championship after the Packers brushed off the Los Angeles Rams and the Buccaneers scored the last 17 points of their game with the New Orleans Saints in the divisional round.

Let’s take a look at your best betting options for the NFC Championship.

What sparked Tampa Bay to that huge win over Green Bay in Week 6? The offense was going nowhere, and the defense had given up two scores to Aaron Rodgers and the Packers, but then the defense got pressure on Rodgers to force a third-and-ten. Jamel Dean jumped in front of Rodgers’ next pass, grabbing an interception that was Green Bay’s first turnover of the entire season and just the third pick-six that Aaron Rodgers has ever thrown in the NFL. On the next drive, the Bucs snagged another interception and returned it to the Packers’ two-yard line. After that, the rout was on.

Is Aaron Rodgers likely to have a similar meltdown on Sunday? No, but the Buccaneers showed on Sunday that their defense is still a difference-making unit, as they had four takeaways in their win over New Orleans. A Jared Cook fumble and three Drew Brees interceptions gave the Buccaneers short fields. The combination of Tom Brady finding the likes of Mike Evans down the field and Leonard Fournette pounding the ball was enough to shred the Saints’ defense down the stretch.

Aaron Rodgers and the Packers made history in multiple ways on Sunday. They will host an NFC Championship for the first time since Rodgers became the starting quarterback in 2008. He scored on a one-yard touchdown run against the Rams; the last time a Green Bay quarterback did that in a playoff game, Bart Starr was beating the Dallas Cowboys on a game-winning quarterback sneak in the Ice Bowl.

The Packers didn’t really struggle against the Rams, thanks to the terrific play of the offensive line. The Rams didn’t post any sacks of Rodgers, even though the Packers were missing All-Pro left tackle David Bakhtiari. On the other side of the ball, the Packers sacked Rams quarterback Jared Goff four times. The line also opened plenty of holes for tailback Aaron Jones, who ran for 99 yards and a score on just 14 attempts.

Tom Brady has the Buccaneers contending once again in the NFC, but it’s hard to see Rodgers and the Packers not solving the problems they had in Week 6. Davante Adams was still nursing a hamstring injury and Allen Lazard had not emerged as an elite receiving threat yet. The Bucs’ defense is still stout, but the Packers’ offense has improved significantly. I’ll take the Pack to win at home.