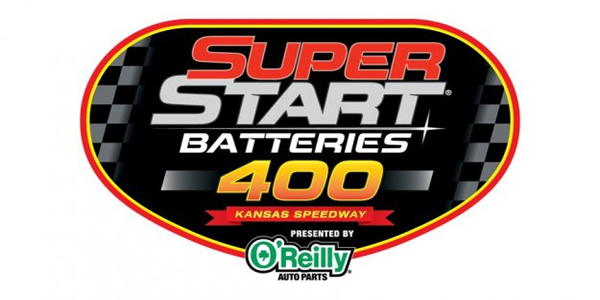 The NASCAR Cup Series has another quick turnaround this week, as the Super Start Batteries 400 will take place at Kansas Speedway on Thursday July 23. NASCAR probably didn’t realize that they’d be going up against Opening Day in Major League Baseball when they put this one during the week with the modified schedule, but it is what it is and they’ll hope to secure their regular audience and then some.

The drivers will get a much needed break after this. The next Cup Series race won’t be until August 2. This ends a run of 16 races in 67 days, which is unheard of at the NASCAR level. Seven races will be run from August 2 to August 29 in advance of the start of the playoffs on September 6.

Odds come from MyBookie Sportsbook as we survey this week’s Super Start Batteries 400:

The O’Reilly Auto Parts 500 wound up being another worst-case scenario for the drivers near the cut line. Austin Dillon, who does sit 14th in points now, won last week at Texas. That marks two weeks in a row that a driver outside of the playoff picture hawked a win. It was Cole Custer at Kentucky and now Austin Dillon at Texas. Dillon was 16th in points before the win, but Custer’s win would have left him out of the top 16 if the playoffs started last week.

The drivers that make it into the final eight will have a lot on the line for the second Kansas race, which will come October 18. That will be the first of three races in the Round of 8 portion of the playoffs.

At present, the top eight drivers are Kevin Harvick, Ryan Blaney, Brad Keselowski, Joey Logano, Chase Elliott, Denny Hamlin, Martin Truex Jr., and Aric Almirola. That sure is a lot of representation for Ford in the top eight, as the first spot belongs to Harvick from Stewart-Haas Racing and the next three spots belong to the Team Penske crew. Almirola also runs a Ford for Stewart-Haas.

Jimmie Johnson sits precariously in 15th place with 427 points. Right now, he sits just two points ahead of William Byron for what amounts to the last playoff spot because Custer, who is 22nd in points, had that win at Kentucky.

As mentioned, Kansas is a twice-a-year stop. It is actually a pretty popular race destination with the Hollywood Casino, who owns naming rights for the playoff race, just in front of the track and it is a short drive on I-70 from either Kansas City or St. Louis to get to the race. Unfortunately, due to the coronavirus pandemic, fans will not be on hand.

That is a shame because this is one of the quainter NASCAR tracks with capacity under 50,000. It is a standard 1.5-mile tri-oval with turns between 17-20 degrees and a pretty flat backstretch. The track opened in 2001 and has hosted events since that inaugural year, but picked up this second race in 2011.

Kevin Harvick is +400 this week and your race favorite. Chase Elliott and Martin Truex Jr. are +600 and then Joe Gibbs Racing teammates Denny Hamlin and Kyle Busch are +650. Brad Keselowski and Ryan Blaney are +800 and then Joey Logano is +1000 and Aric Almirola is +1200. Per usual, there is a big gap after that.

We are looking at some lengthy droughts among those top contenders, though. Harvick has only gone two races without a win and has five straight top-five finishes, so his favorite role is very much justified. Elliott has been priced like a superstar most of the year, but he hasn’t won in 10 races since he won the second Charlotte race after the restart.

Keselowski hasn’t won since Bristol and Logano hasn’t won since Phoenix. Blaney’s only win came at Talladega, but he was the best last week at Texas with the most laps led and two stage wins. Almirola doesn’t have a win, but strung together all five of his top-five finishes before finishing eighth and 10th in the last two events.

The pricing structure in NASCAR seems a little off right now. Drivers are largely priced on reputation. In fairness, a lot of these guys can win any week, but they haven’t been. We’ve seen some off-the-board winners the last two weeks.

It sort of brings up a philosophical discussion with NASCAR. Which matters more? Track history or recent form?

Admittedly, I don’t know. Harvick has two wins, two seconds, and a third over his last 10 races at Kansas, but has also finished outside the top five in four of his last five starts. Overall, he has eight top-five finishes and 15 top-10 finishes in 28 starts.

His brother, Kurt, was fourth in the fall here last year and seventh in the first race. He doesn’t have any wins here, but four top-five finishes in 28 starts.

The results are kind of spread around here. Johnson and Harvick have three wins apiece, but Johnson’s last Kansas win came in 2015. Matt Kenseth, Truex, Keselowski, Hamlin, and Logano are the only other active multiple winners here.

Elliott has probably had the highest rate of success with a win and four total top-five finishes in just eight starts. He also has five total top-10 finishes. He won the fall race in 2018.

Truex swept these two races in 2017, was second and fifth in 2018, and then 19th and sixth in 2019. Truex just hasn’t shown enough consistent speed this season and really since Furniture Row Racing got swallowed up officially by Joe Gibbs Racing to be worth taking at +600.

Despite the 1.5-mile length of this track, we’ve seen results that have been all over the place. Even though the price isn’t great relative to the recent results, Chase Elliott makes the card this week at +600. He’s been strong in his starts here.

BET ON CHASE ELLIOTT TO WIN THE SUPER START BATTERIES 400

We’ll also try again with Erik Jones at +2800. Jones has finished in the top seven in each of his last four starts here and it seems like we’ve reached the silly season with wins for Dillon and Custer.

The Super Start Batteries 400 presented by O’Reilly Auto Parts will be on NBC Sports Network on July 23 with a 7:30 p.m. ET start time.