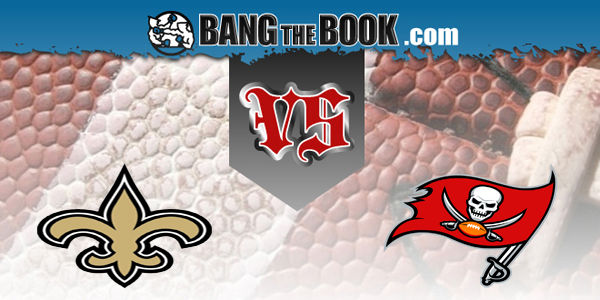 It doesn’t really matter much to me who has more career touchdown passes, so I won’t be discussing this as part of a game analysis. But you’ll certainly be hearing enough about it from the guys on NBC, as Tom Brady and the Tampa Bay Buccaneers play host to Drew Brees and the New Orleans Saints, in a game that takes place at Raymond James Stadium in Tampa.

The who-has-more-TD’s thing is a “who cares” issue for us, but maybe who cares are the two quarterbacks. Who knows. It seems like a long time ago that Brady was a little shaky behind center, throwing a pair of interceptions and getting sacked three times in the Superdome.

But things have changed since then, haven’t they? You figured that Brady might get more comfortable with his people, and he has. Rob Gronkowski has become a bigger part of the situation, and Tampa Bay runs some formations with “12” personnel (two tight ends). Brady has not been picked off in his last four games, and since that opening game, he has a nifty ratio of 18 TD’s to two INT’s.

He does have an embarrassment of riches in terms of his receiver corps. And there is an addition to it this week. All we can say is, enjoy Antonio Brown before he finds trouble for himself again. Brown is off suspension and we don’t think Brady is going to be the slightest bit shy about looking for him. Whether he is on the field for a lot of snaps is probably something coach Bruce Arians is going to play by ear.

One concern about the Bucs right now is that Ronald Jones may be hitting the wall. Jones had three straight games with more than 100 yards on the ground, but in his last two he’s got just 57 yards on 20 carries. Fortunately, Tampa Bay has a guy like Leonard Fournette to pick up the slack. Will that be the call for them?

The Bucs can make a reasonable argument that they have the best defensive line in football at the moment, as they are #1 in Adjusted Line Yards in the running game (yielding just 3.2 ypc). New Orleans isn’t bad in that department either (3.6 ypc). It’s hard to say which team is going to be more dependent upon the run, although we know that Drew Brees is going to look for Alvin Kamara a lot out of the backfield.

And guess what? Michael Thomas, who had 149 catches last season, seems finally set to play, after a series of problems has kept him off the field.

Brees, as we know, short-arms the ball (just 5.5-yard average per throw beyond the line of scrimmage). But hey – that’s what’s worked for him through the years. New Orleans has won 13 of its last 16 on the road, and has covered six of its last seven as a dog, so you could look in their direction.

But Brady and Arians have to be licking their lips at one defensive metric for the Saints, which is that they are dead last in the red zone, allowing opponents to score touchdowns a whopping 83% of the time. You have to figure the Bucs can take advantage of some scoring opportunities.

Games like this often turn into shootouts, even if there is a slow first half. So we’re more comfortable playing OVER the total than anything else.

BetAnySports will make your Sunday nights positively blissful, with reduced juice for better odds and Sports Betting Prime for real-time wagering……… They make a lot of payment options available. These include debit cards, credit cards, person-to-person transfers and the virtual currency of Bitcoin, which is fast and easy with their automated system, and NEVER incurs a transaction fee!