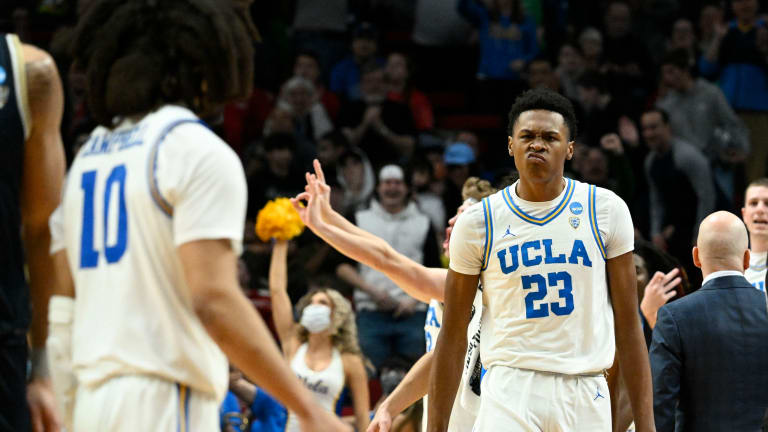 The Moda Center in Portland, Oregon, will host the Men’s Basketball Championship – East Region – 2nd Round game, so take a look at the best St. Mary’s Gaels vs. UCLA Bruins betting pick and odds. The game will tip-off at 7:10 PM ET on Saturday, March 19.

These inter-conference rivals have never met before.

According to Bovada Sportsbook, the Bruins are 3-point favorites with the total being set at 126 points. The winner of this tilt will face Baylor or North Carolina in Sweet 16.

The St. Mary’s Gaels (No. 19 seed overall) recorded an easy 82-53 victory over the Indiana Hoosiers in the First Round of the NCAA Tournament. Their defense was impeccable, as the Gaels allowed only 34.0% from the floor and 20.0% from beyond the arc, while they dominated all the other segments, including rebounds (39-28) and assists (16-8). St. Mary’s comfortably covered a -2.5 spread, the third time in five games they managed to cover to improve to a 19-11-2 ATS record.

The Gaels have the 9th defense in basketball that allows 60.3 ppg, while their offense averages 70.1 ppg (207th). St. Mary’s is 9th in the country in defensive efficiency with 89.5 points per 100 possessions, while the Gaels are 49th in offensive efficiency with 110.4 points per 100 possessions. St. Mary’s is No. 19 in the NCAA NET Rankings and No. 16 in the KenPom rankings.

The UCLA Bruins (No. 13 seed) barely suffered an early elimination out of the NCAA Tournament as they beat the Akron Zips much harder than expected. The Bruins trailed with less than three minutes to go but allowed only two points for the remainder of the game to snatch a 57-53 win. UCLA shot just 35.2% from the field but hit four triples more than Akron, which decided this clash. The Bruins failed to cover a -13.5 spread, the second time in a row they didn’t cover to drop to a 17-15-1 ATS record.

The Bruins have the 40th defense in basketball that allows 64.4 ppg, while their offense averages 75.8 ppg (54th). UCLA is 14th in the country in defensive efficiency with 91.2 points per 100 possessions, while the Bruins are 14th in offensive efficiency with 115.3 points per 100 possessions. UCLA is No. 10 in the NCAA NET Rankings and No. 11 in the KenPom rankings.

This will undoubtedly be one of the tightest games of the Second Round, and it could really go either way. That makes this one highly unpredictable, but I am leaning toward the Gaels after what we saw in the opening round from both teams.

St. Mary’s has one of the best defenses in basketball, and UCLA already struggled offensively against Akron, so I believe the Gaels have an edge in this one. Now, the Bruins could turn out to be victorious, but it’s going to be a close clash and I am backing Gaels to cover. I won’t be surprised if this is a one-possession game.

Both teams have the top 40 defenses and a low-scoring affair is expected here. However, the total is not very high and considering that I expect a tight game that will likely go down to the wire, I cannot bet on Under. It will probably end with a free-throw marathon, while the overtime is also a possibility.

The total has gone Over in five of UCLA’s last seven games. The total went Over in ten of Saint Mary’s previous 15 games, while Over is 5-1 in the Bruins’ last six games following an ATS loss.