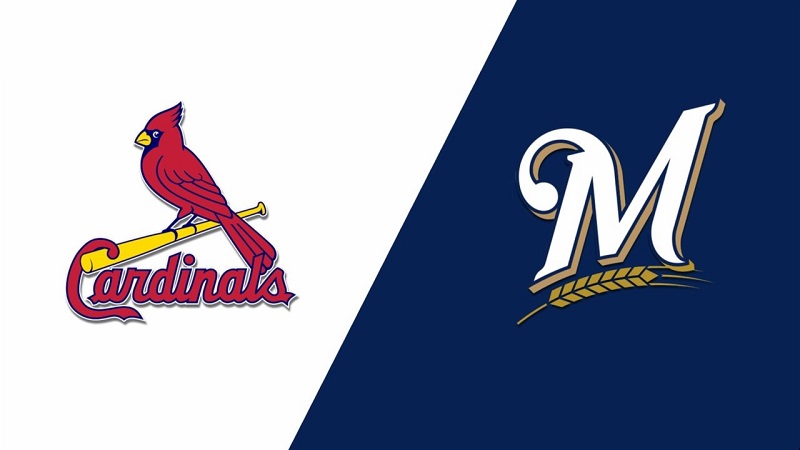 Monday night baseball provides us the National League Central clash from American Family Field in Milwaukee with the first pitch at 8:10 PM ET, and here is the best Cardinals vs. Brewers betting pick and odds.

St. Louis and Milwaukee will open a four-game series in Wisconsin, and the hosts are -152 moneyline favorites on BookMaker Sportsbook. The divisional rivals have met eight times this season and the series is currently tied at 4-4.

St. Louis’ offense scored only one run in the first eight innings in a 6-4 loss to the Red Sox, and when they added three more in the ninth, it was too late. Andre Pallante (2-2) was credited with a loss even though he pitched well and allowed two runs on four hits with four strikeouts and one walk in 5.2 innings.

Brewers swept the Reds in Cincy

The Milwaukee Brewers equaled the Cardinals’ 38-30 record with the sweep of the Cincinnati Reds in a three-game series on the road. After opening the current month with ten defeats in the first 11 games, Milwaukee won five of the next seven.

Two-run homers from Victor Caratini and Hunter Renfroe propelled the Brewers to a 6-3 victory over the Reds. Adrian Houser improved to a 4-7 record even though he had problems with control, allowing three runs on four hits with 5 K and 4 BB in 6.0 innings. Devin Williams was credited with his fifth save of the year.

Corbin Burnes (4-4) is looking to go over .500 when he takes on the Cardinals on Monday. It will be the 14th start of the campaign for the 27-year-old right-hander who has a pristine 2.52 ERA, 0.95 WHIP, and 100/17 K/BB ratio over 78.2 innings. Burnes met the Cards once this season and dominated in that start; allowing no runs on two hits with a season-high 11 strikeouts and one walk in 7.0 innings.

Burnes and Mikolas have faced this season, and the former got a big victory as the Brewer won 8-0. I expect another strong start from Burnes, but I don’t think it will be such an easy win. Milwaukee is not playing well at home recently, losing each of the previous six games at American Family Field, so this one will be a good opportunity to return to winning ways.

Milwaukee’s defense has been playing well of late; allowing more than three runs only twice in the last seven. With Burnes on the mound and his fantastic K/BB ratio, the Brewers should be on top here. He has a great .145 BA against the Cardinals with 46 K and 7 BB in 101 at-bats.

The total is set at 7 runs, which is a bit tricky, even though I expect a low-scoring affair. I am not sure that Burnes will repeat his performance from the last time he faced the Cards, and I believe the visitors will score a run or two in the opening five or six innings.

Miles Mikolas has a .256 BA record against the Brewers and was destroyed in his previous start against Milwaukee, so I am backing the hosts to score 4+ runs against the righty this time around as well.