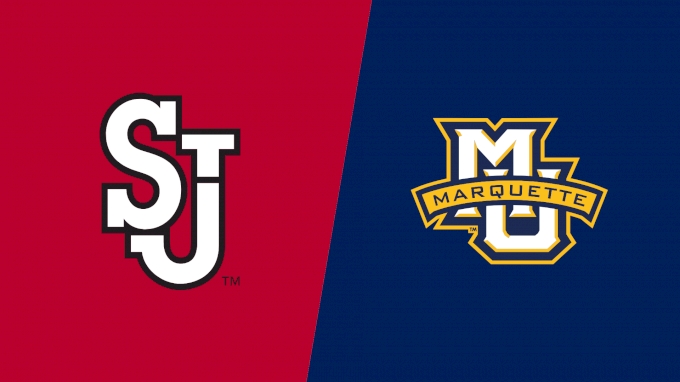 With the conference championship tournaments just around the corner, the college basketball betting action is heating up, so we are taking a closer look at the Big East Conference regular-season finale at Fiserv Forum in Milwaukee, Wisconsin, to get you the best St. John’s vs. Marquette betting pick and odds.

The Red Storm meet the Golden Eagles for the first time this term. According to BetDSI Sportsbook, Marquette is a 4.5-point home fave with a total of 160.0 points.

St. John’s beat Xavier to clinch the No. 7 seed

The St. John’s Red Storm (16-13; 14-14-1 ATS) are coming off an 81-66 victory to the Xavier Musketeers this past Wednesday. They easily covered a two-point spread and stopped a two-game slide, clinching the No. 7 seed in the Big East.

The Red Storm took full advantage of Xavier’s awful shooting night. The Musketeers made only 32.4% of their field goals and 16.7% of their triples, while the Red Storm shot 46.7% from the field and went 8-for-22 from beyond the arc (36.4%).

Junior guard Julian Champaigne tortured Xavier for a line of 19 points, eight rebounds, three assists, and a couple of steals and blocks. He’s led the way for the Red Storm thus far, averaging 19.0 points and 6.6 boards per contest. The Red Storm are No. 72 in the NCAA NET Rankings and No. 66 in the KenPom rankings.

The Golden Eagles lost four of their last six games

The Marquette Golden Eagles (18-11; 15-13-1 ATS) haven’t been at their best lately, going 2-4 straight up and 0-5-1 ATS over their previous six outings at any location. They are coming off a 91-80 defeat at the DePaul Blue Demons this past Wednesday, as the Golden Eagles failed to satisfy the odds as two-point road favorites.

Freshman forward Justin Lewis dropped 26 points on DePaul, making 11 of his 18 attempts from the field. He also had ten rebounds and a couple of assists, but it wasn’t enough, as the rest of the team didn’t help a lot in crunch time.

Lewis has been Marquette’s best player so far this season, notching 16.8 points and 8.0 rebounds per game. The Golden Eagles are No. 36 in the latest NCAA NET Rankings and No. 40 in the KenPom rankings.

The Golden Eagles desperately need a win over the Red Storm to clinch the No. 6 seed in the Big East and earn the first-round bye for the conference championship tournament. On the other side, St. John’s can already look to the future and their first-round matchup, so I’m backing the hosts to win and cover.

Frankly, the Golden Eagles have struggled a lot over the last few weeks, but they should be fired up to prove their worth in front of the home fans. Marquette is undefeated in seven straight outings on the home court, going 5-2 ATS in the process.

Both St. John’s and Marquette love to play at a fast pace, so give me the over on the totals despite a sky-high line at 160.0 points. The Red Storm records a whopping 74.1 possessions per 40 minutes (2nd in the nation), while the Golden Eagles register 71.0 (29th).

The total has gone over in seven of the Red Storm’s last ten outings. On the other side, five of the Golden Eagles’ previous seven contests have gone over the total.