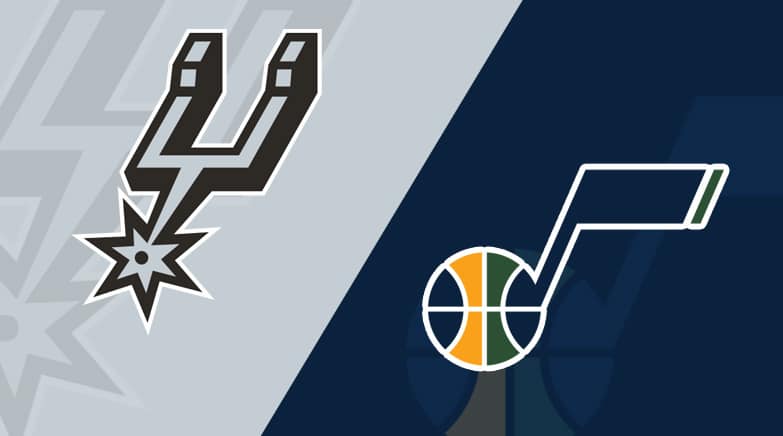 LeBron James made headlines this week for his criticisms of the play-in tournament. Based on how the San Antonio Spurs have played of late, it seems like they don’t want to play in it either. The Spurs have dropped four in a row and could extend that losing streak to five in Wednesday’s game against the Utah Jazz.

The Jazz are heavy home favorites in Salt Lake City for this one as they try to move a step closer to securing the top spot in the Western Conference. They enter play on Wednesday with an identical record as the Phoenix Suns. The Suns are also in action tonight after beating the Cavaliers last night.

Utah is -7.5 for this game with a total of 221 per the odds from Bovada Sportsbook.

The Spurs currently occupy the #10 spot in the Western Conference. An extended COVID pause in February really condensed the back part of their schedule and they seem to be showing the ill effects of that now. San Antonio went 7-10 in the month of April and is off to an 0-for start in the month of May.

Those May losses include what happened two nights ago against the Jazz with a 110-99 loss. The Spurs have to be running on empty right now. They lost consecutive games in overtime before that matchup with the Jazz and also had a win in overtime against the Wizards back on April 26. Extra basketball is about the last thing this team wanted to play, but they have to be invested and engaged in every game.

The Spurs have lost by 21 and 11 to the Jazz this season. The Spurs are in the bottom third of the league in 3P% defense, which is not the place you want to be when facing the Jazz. Utah is only 5-4 over its last nine games, so that could give the Spurs life as they try to end this skid and secure a playoff spot, but they’ll need to be better on both ends of the floor.

San Antonio ranks 24th in 2P% offense and 20th in 3P%. Because San Antonio is sixth in 2P% defense, they are in a position to make the playoffs, but the lack of offensive upside is the reason why they look likely to enter the play-in tournament as the lowest seed in the field. It certainly doesn’t help that DeMar DeRozan hasn’t had much of a supporting cast this season. DeRozan has shot 49.1% from the field. Nobody else averaging 10 or more attempts per game is shooting that high.

Third-leading scorer Derrick White is out for the rest of the season and LaMarcus Aldridge retired, so scoring options are few and far between for San Antonio and that means DeRozan has to be at his best night in and night out.

The Jazz had only lost 14 of their first 56 games, but now have four losses in their last nine. Their performances have been all over the place in that stretch. They lost badly by 21 points to Phoenix and even mixed in a loss to Minnesota, but also scored 154 points on Sacramento and the comfortable 11-point win over the Spurs on Monday.

This isn’t a one-trick pony. The offense could be subject to some variance with all of the three-pointers, but the Jazz are pretty far and away the best 2P% defense in the NBA. They’re also second in defending the three-point line. That could be a lethal combination in the playoffs, especially if we get the really good version of Donovan Mitchell and if Bojan Bogdanovic continues playing the way that he has.

Bogdanovic has averaged 16.2 points per game for the season, but has scored 21.8 points per game over his last 10, including a 34-point barrage in the win over the Raptors and a 25-point effort on Monday against the Spurs. It couldn’t have come at a better time since Mitchell has been sidelined since April 13 and the Jazz are in no hurry to rush back their leading scorer in advance of the postseason.

Mitchell’s absence is the biggest reason why the Jazz have fallen off the pace and why they’ve lost some games that they shouldn’t have lost. To make matters worse, Mike Conley also hasn’t played in over a week. The Jazz are in a spot where they don’t really need to push it too much, though they’d certainly like home court advantage, as they are 28-4 in Salt Lake City this season.

You have to think that the Spurs are going to have a higher sense of urgency than the Jazz in this one. Bogdanovic has stepped up very nicely in the absences of Mitchell and Conley, but the Jazz players know how good they are when healthy. The Spurs don’t need to do much to secure that #10 seed, but do need to start winning a few games to feel good about themselves coming into the playoffs. I don’t think they win here, but covering the eight-point spread seems doable.