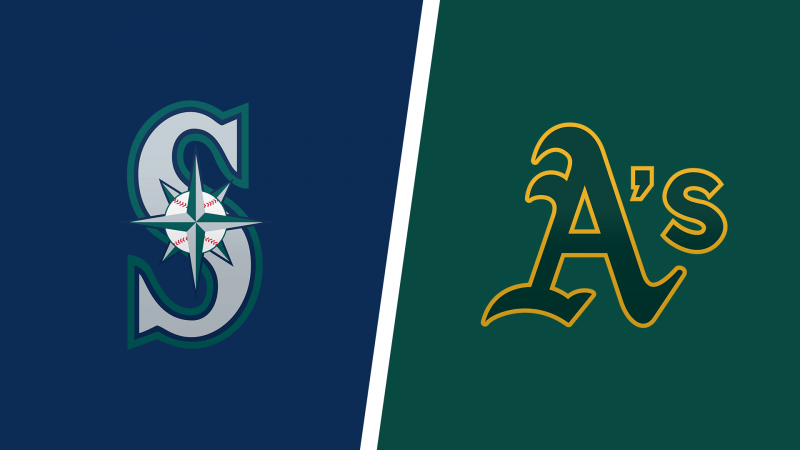 The MLB is providing several very intriguing matchups on Thursday, September 22, but the visitors have an imperative to win in this AL West duel, so make sure you don’t miss out on the best Mariners vs. Athletics betting pick and odds.

Seattle and Oakland will play the third of a three-game series at O.co Coliseum, and the Mariners are -230 moneyline favorites on MyBookie Sportsbook, while the total is set at 7 runs. These AL West foes have met 13 times this year before this series, and the Mariners lead 8-5. However, Oakland won the opening game of this series, while Game 2 will be played on Wednesday night.

The Seattle Mariners lost their fourth game in the last five, and it was the third time they scored just one run as the Oakland Athletics beat them 4-1. One hit from the Mariners is quite a disappointing offensive performance, but Seattle will be looking to bounce back and clinch the wildcard spot in the final two weeks of the campaign.

Carlos Santana registered the only hit for the Mariners in this defeat, while Luis Castillo didn’t experience the best of starts. Castillo dropped to a 7-6 record after surrendering four runs on six hits with four strikeouts and two walks over 4.2 innings.

The Oakland Athletics struggled against Seattle’s starter Luis Castillo in recent H2H matchups, but this time around, they got to him and celebrated a 4-1 home victory. The A’s still have the worst record in the American League and the second-worst in the entire MLB, but they kept the Mariners to one hit and recorded seven in return.

Tony Kemp hits a three-run homer in the 5th inning, while Nick Allen, alongside Kemp, chipped in with a multi-hit display. J.P. Sears (6-2) got a win after pitching for 5.0 shutout innings on one hit with seven strikeouts and three walks. Domingo Acevedo earned his 3rd win of the campaign.

George Kirby was rock-solid in his three starts (1-0) against Oakland this year as he registered a 2.50 ERA in 18.0 innings. On the contrary, Adrian Martinez struggled in his lone start against Seattle and had a 13.50 ERA over 4.2 innings in a loss. Kirby allowed just two RBIs in 44 at-bats t the A’s batters, and I am backing him to have another strong showing on Thursday. Seattle will respond to a weak offensive display in Game 1 and will come away with a victory in this one.

Kirby has been phenomenal in the last three months as he surrendered more than two runs just once in his previous 12 starts. Given how good is his record against the A’s, I don’t think Kirby will be allowing more than a run or two in this one. Even though I am backing the Mariners to trouble Martinez, I don’t believe they will score plenty of runs here. Under is 5-2 in the last seven H2H meetings; Under is 5-2 in the Mariners’ previous seven overall, while Under is 5-2 in Seattle’s last seven games with the total set at 7.0-8.5.