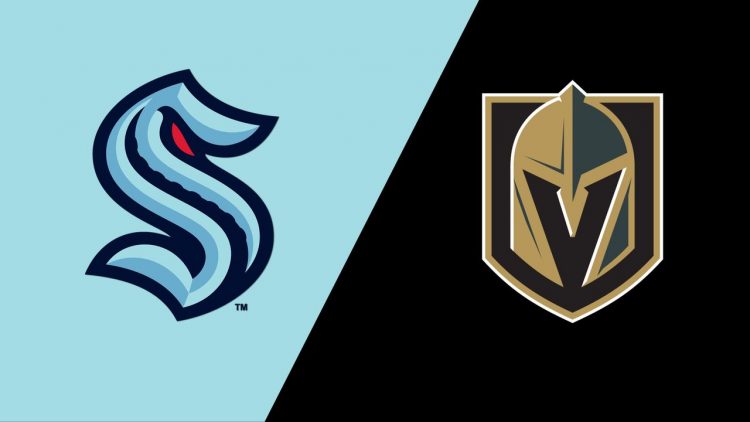 The 2021-22 NHL season goes on Tuesday, November 9, bringing plenty of interesting markets to the bettors, so we’re taking a closer look at the Pacific Division showdown at T-Mobile Arena in Las Vegas to get you the best Kraken vs. Golden Knights betting pick.

Seattle meets Vegas for the second time this season. Back on the opening night, the Golden Knights outlasted the Kraken 4-3 as massive -235 moneyline favorites on the home ice. This time around, Vegas is a -133 moneyline fave with a total of 5.5 goals on BetOnline Sportsbook.

The Seattle Kraken (4-7-1) are sitting bottom of the Pacific Division with nine points from 12 games, coming off a painful 5-4 defeat at Arizona this past Saturday. They allowed the Coyotes to grab their first win of the season despite scoring a couple of goals inside of the first minute.

The Kraken had a 3-1 lead at the end of the 1st period as well but couldn’t hold on for too long. The Coyotes turned the game on its head and escaped with a win thanks to Lawson Crouse’s second goal on the night with 1:05 left on the clock in the third period.

The Golden Knights wrapped up a four-game road trip last Sunday, suffering a 5-2 defeat at the Detroit Red Wings. They took 40 shots towards Thomas Greiss, who was outstanding between the pipes, while Laurent Brossoit yielded four goals on 29 shots.

The Golden Knights are without some very important players, making the side bet tough, but they should have enough firepower to outlast the newcomers. The Kraken are still trying to figure it out, especially on the defensive end, so I’m backing the hosts to win straight up.

Back in the opener, the Golden Knights barely outlasted the Kraken thanks to Chandler Stephenson’s goal with 11:27 left in the 3rd period. Stephenson has already accounted for 12 points so far this season (five goals and seven assists), so keep your eyes on him if you like player props.

I’ve mentioned the Kraken’s woes with the man advantage, and the Golden Knights have been terrible, too, going 2-for-24 (8.33%). Neither side has impressed killing the penalties, so they could easily score a few power-play goals here to break out of their funk. Also, Seattle is committing a whopping 12.9 penalty minutes per contest.

The over is 4-2 in Seattle’s last six games overall, and it is 4-1 in Vegas’ previous five outings at any location.