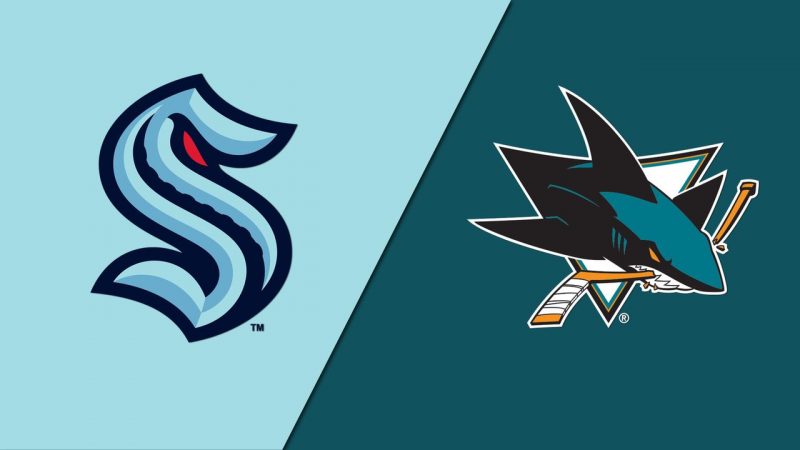 Seattle faces off against San Jose in the closing contest of Sunday’s eight-game NHL card, so we bring you the best Kraken vs. Sharks betting pick along with the latest odds update on Bovada Sportsbook.

The Kraken meet the Sharks for the third time this season. Seattle has earned 16 wins thus far, and two of those have come against San Jose. The Kraken beat the Sharks 3-1 as +115 road dogs in December and 3-2 as -115 home favorites in January.

The Seattle Kraken (16-33-5) extended their losing streak to six games this past Thursday. They suffered a tough 3-2 shootout loss to the Boston Bruins, playing as huge +180 home underdogs. Mark Giordano and Jordan Eberle found the back of the net for the Kraken, while Philipp Grubauer posted 36 saves.

The Sharks are still alive in the playoff chase

The San Jose Sharks will host the Kraken on the second day of a back-to-back set on the home ice. They met the Boston Bruins on Saturday night, looking for their second consecutive victory. Last Thursday, the Sharks put an end to their seven-game losing streak with a 4-3 shootout victory to the New York Islanders. They were seven points off the No. 8 seed in the West on Saturday.

James Reimer (14-11-5; 2.90 GAA; .913 SV%) posted a whopping 44 stops to help his team beat the Islanders. It was his tenth straight start, so we might see Zach Sawchenko in the crease Sunday. Sawchenko has appeared twice in relief so far this term, allowing one goal on 23 shots.

It’s tough to predict the outcome when a couple of bad teams take on each other. I lean the Sharks, who have won their last five games when playing as favorites, but they’ve gone just 1-5 on the second day of their previous six back-to-back sets.

The hosts should be fired up to get revenge for a pair of losses to the Kraken earlier in the season. Their special teams could easily make the difference. The Kraken has struggled defensively all season, while their offense has scored more than a couple of goals only three times in the last 13 games overall.

The over is 6-2 in the Kraken’s last eight outings despite their struggle to score goals. On the other side, three of the Sharks’ last four contests have gone over the total, but the under is 11-6 over their previous 17 games overall.

Both Seattle and San Jose have allowed a ton of goals lately. The Kraken has yielded five or more in five of their last eight contests, while the Sharks have conceded at least three goals in six straight outings.