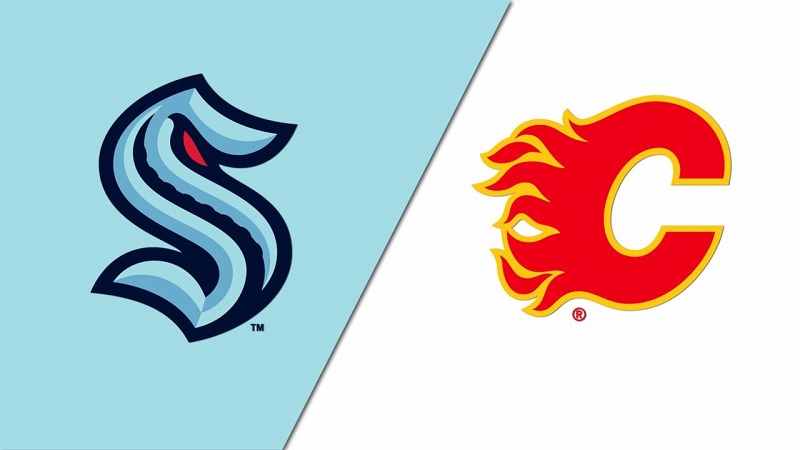 The 2021-22 NHL season continues Saturday, February 19, 2022, with the Pacific Division showdown at Scotiabank Saddledome in Calgary, Alberta, so we bring you the best Kraken vs. Flames betting pick along with the latest odds update on Bookmaker Sportsbook.

Seattle and Calgary lock horns for the second time this season, and the Flames are listed as huge -270 moneyline favorites. Back in December, the Flames outlasted the Kraken 6-4 as -180 road favorites at Climate Pledge Arena in Seattle.

The Seattle Kraken (16-30-4) are coming off a 5-3 defeat at the Winnipeg Jets this past Thursday. It was their second loss in a row and fifth in their last seven games overall, as the Kraken remained bottom of the Pacific Division with only 36 points on their tally.

Seattle had a 2-0 lead with 13 seconds left on the clock in the first period when the Jets scored their first goal. The Kraken allowed their rivals to turn this clash on its head even though it was tied at 3-3 midway through the third period.

Philipp Grubauer patrolled the crease in Winnipeg and yielded four goals on 28 shots. He’s expected to get the starting nod Saturday against the Flames. Grubauer is 12-20-4 with a 3.18 GAA and .884 save percentage on the season.

The Flames shoot for their ninth straight W

The Calgary Flames (28-13-6) are rolling on an eight-game winning streak following a 6-2 dismantling off the Anaheim Ducks this past Wednesday. They beat the puckline for the sixth straight outing, playing as massive -220 home favorites.

The Flames dominated the Ducks from start to finish. They found the back of the net twice in each period, finishing with a whopping 43 shots towards Anaheim’s goalies. Elias Lindholm and Johnny Gaudreau combined for three goals and three assists, while Rasmus Andersson added three dishes.

Jacob Markstrom is expected to patrol the crease Saturday against the Kraken. He’s 21-10-5 with a 2.12 GAA and a .927 save percentage on the season. Markstrom has already registered eight shutouts in 2021-22.

Calgary is the hottest team in the league, while Seattle continues to struggle. The Flames should easily grab their ninth consecutive victory, so picking the hosts to win by two or more goals seems like a way to go in this matchup.

In their last five outings, the Flames have scored 28 goals. They’ve covered the spread in six straight outings at any location. On the other side, the Kraken have failed to cover in three of their previous four contests.

The over is 6-1 in Calgary’s last seven tilts and 4-1 in Seattle’s previous five. Their first duel of the season has produced ten goals in total, so I would follow the betting trends and take the over.

The totals are a tricky wager because of the line at exactly six goals. Also, the Flames are tied with Carolina for the best scoring defense in the NHL (2.38 goals per game), so they could easily shut down the Kraken, who score 2.62 goals per game (26th in the NHL).