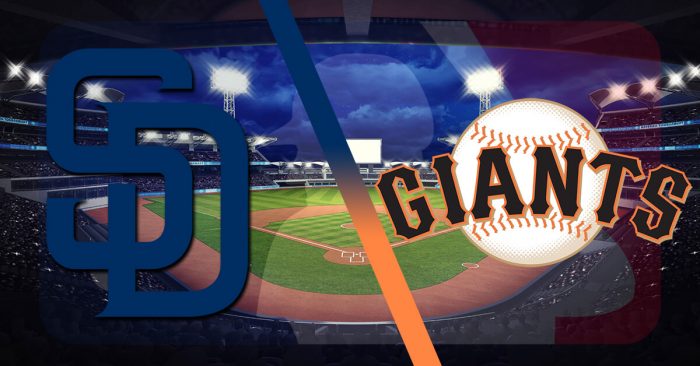 Baseball bettors will be looking to start the weekend on a high note with 15 games on Friday. Fourteen of them will be under the lights, as the lone day game features the Pirates and Cubs. Our focus will be on the latest of the 15 games, as the San Francisco Giants get together with the San Diego Padres at beautiful Oracle Park.

The Giants are a home underdog here in this matchup between Blake Snell and Anthony DeSclafani. San Francisco is in the +125 range and San Diego is in the -145 range at Bookmaker Sportsbook with a total of 7. We’ve seen a lot of low totals in baseball this season and this one certainly makes sense given the pitching matchup.

Let’s see what this NL West rivalry has in store for Friday night.

Getting a day off before a Blake Snell start is a very important thing. Snell has not been working deep into games, which means that the bullpen is called upon to get some big outs. Snell has only worked 25.2 innings over his six starts. They’ve been good starts with a 3.51 ERA and a 3.61 FIP, but a high strikeout rate and a high walk rate have led to a lot of deep counts.

Snell has struck out 37 and walked 15 on the season. He’s only allowed 23 hits, though his contact management numbers have gone down a bit. He’s already allowed seven barreled balls. He allowed 12 last season and that was a lot, given that he allowed 13 in 107 innings in 2019. Snell’s Hard Hit% is up to 37.5%, which is disappointing to see after such a big bump from 2019 to 2020 in that department.

Remember that the Tampa Bay Rays traded Snell, seemingly in his prime. Many felt it was financially motivated, but they may have seen these decreases in command coming.

The Padres offense has actually been bad this season. Despite a boatload of talent, San Diego entered Thursday’s off day sitting 23rd in wOBA at .298. They’ve actually walked a lot and have one of the lower strikeout rates in baseball, but have not hit for any power. They’ve only hit 30 home runs and have a .355 SLG on the season.

Manny Machado is off to a slow start. Tommy Pham is off to a horrible start. Ha-seong Kim is having issues adjusting to MLB pitching. Jurickson Profar has been bad. All of that has overshadowed good starts to the season from guys like Trent Grisham with a .361 wOBA and a 149 wRC+ and Fernando Tatis Jr., with a .401 wOBA and a 134 wRC+.

The baseball is playing way different than it did last season, but the Giants are back to normal at home now, so that proved to be a one-year outlier. While the Giants have worked around it this season and have spent more days in first place than anybody thought possible in a division with the Dodgers and the Padres, it is still something to think about as we go forward with this season.

Anthony DeSclafani is off to a fantastic start for the Gigantes. He’s worked 36 innings over six starts with a 2.00 ERA and a 3.10 FIP. There are some clear regression signs in the profile, like a .229 BABIP and an 87.2% LOB% to go with a 44.4% Hard Hit%, but hard contact has not been nearly as hurtful to pitchers this season as it has been in the past. DeSclafani is inducing a lot more ground balls than normal, a byproduct of some pitch location adjustments made by the Giants.

DeSclafani is on track for a career year in the swinging strike department and he’s also pumped in more first-pitch strikes than ever before. As long as he keeps pitching ahead and getting those whiffs, he should be able to mostly sustain this early-season start.