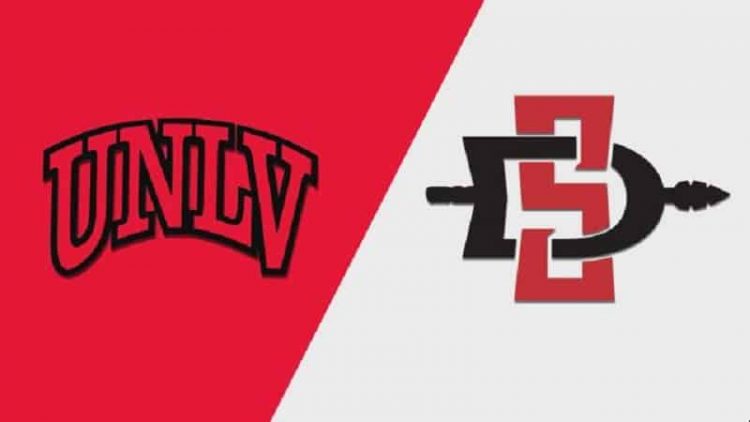 Week 12 of the 2021 CFB season goes on Friday, November 19, with the Mountain West Conference showdown at Allegiant Stadium in Las Vegas, Nevada, so we bring you the best San Diego State vs. UNLV betting pick and odds.

The Aztecs search for their third straight victory over the Rebels, opening as firm 10.5-point favorites on Bovada Sportsbook. The Rebels are listed as +345 moneyline underdogs, while the totals sit at 41.0 points.

The San Diego Aztecs (9-1; 5-4-1 ATS) are coming off a 23-21 home victory to the Nevada Wolf Pack this past Saturday. Matt Araiza made the 35-yard field goal with 1:21 left on the clock in the fourth quarter to lift his team over the Wolf Pack, while the Aztecs’ stout defense sealed the victory.

San Diego State had to deal with Nevada’s prolific passing offense. The Aztecs controlled the clock and fully deserved their victory, racking up 362 total yards and surrendering 358 in a return. Lucas Johnson tossed for 176 yards and a TD, while Greg Bell had 16 carries for 104 yards.

The Rebels aim for their third win in a row

After dropping their first eight games of the season, the UNLV Rebels (2-8; 6-3-1 ATS) have recorded two consecutive wins. Back in Week 10, UNLV smashed New Mexico on the road, 31-17, while Week 11 saw the Rebels defeating the Hawaii Rainbow Warriors as 3.5-point home underdogs, 27-13.

On the other side, the Rebels have improved defensively over the last two weeks. They need another solid display to stay competitive in this matchup, but the Rebels’ offense will be in big trouble.

The under is 5-1 in the Aztecs’ last six games overall, and it is 10-1 in their previous 11 outings as double-digit favorites. As I’ve already mentioned, the Aztecs heavily lean on their defense, so I’m expecting another low-scoring affair when they take on UNLV.

Four of the Aztecs’ last six games have produced fewer than 41 points in total. Also, the total has gone under in the previous five encounters between San Diego State and UNLV.